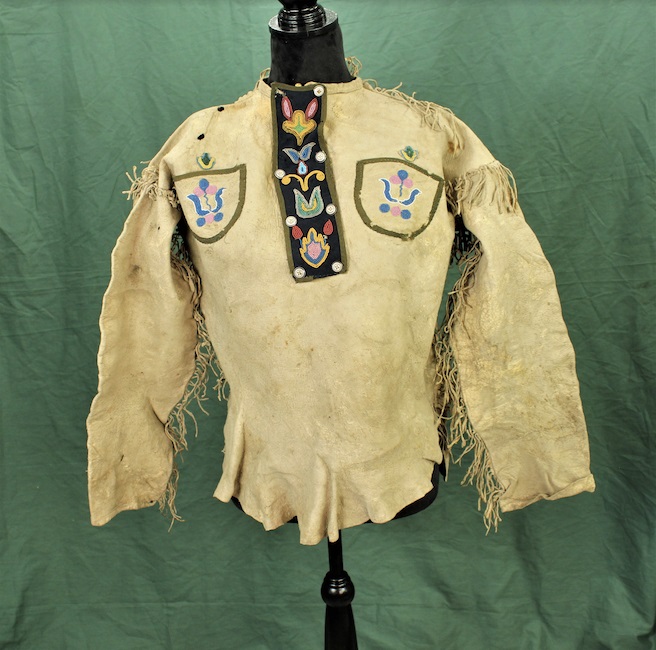 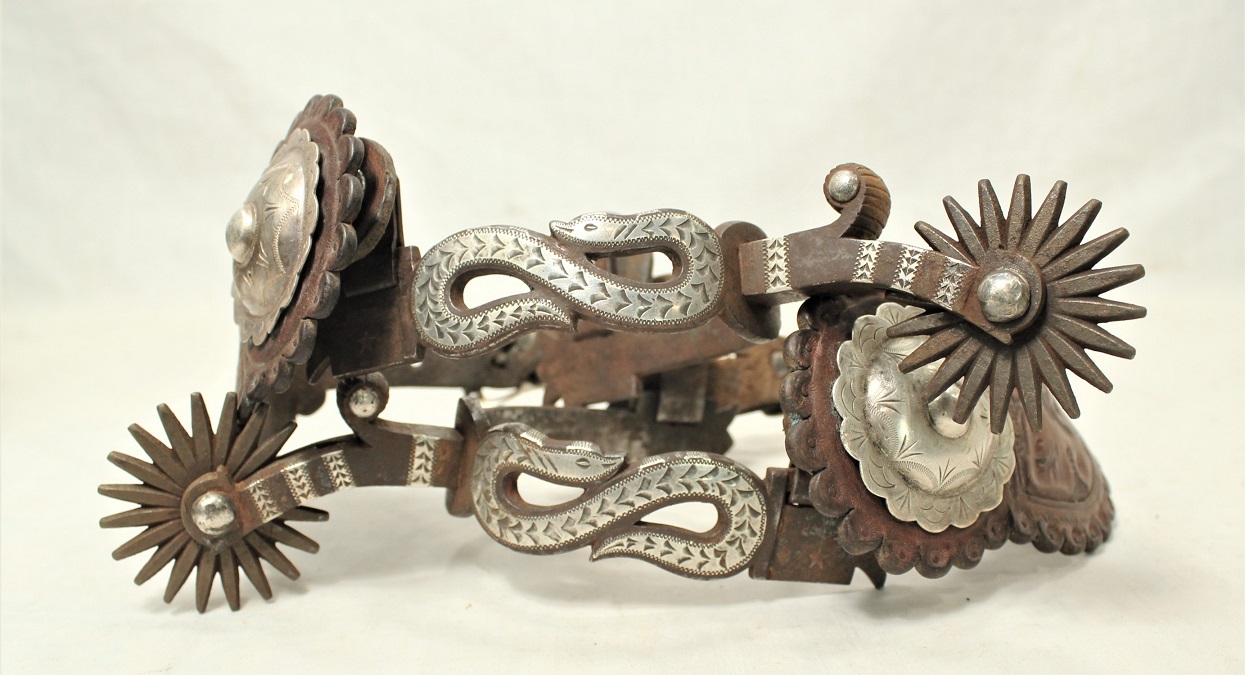 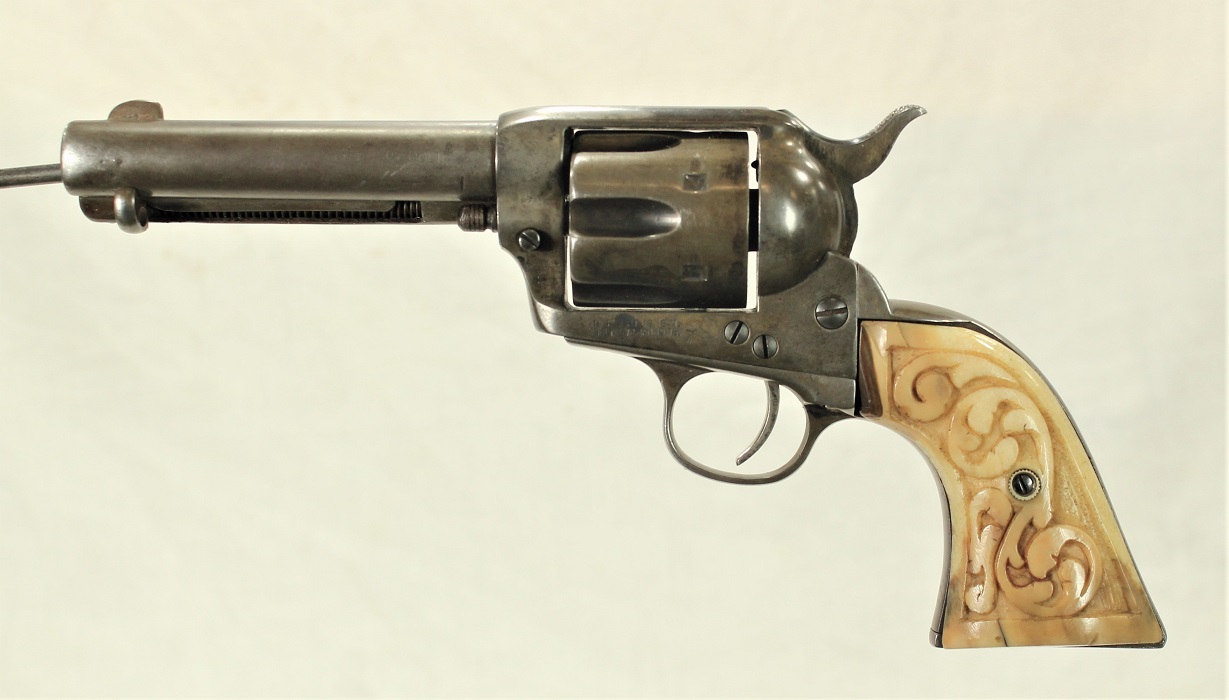 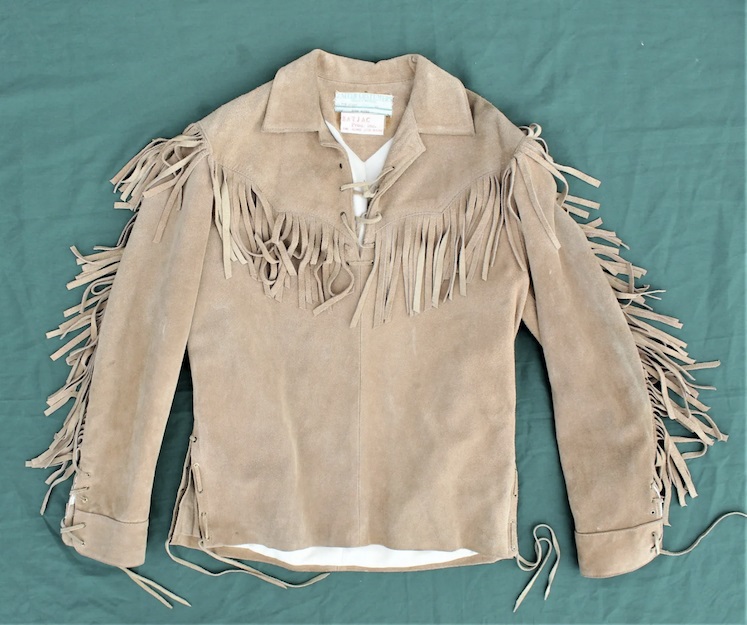 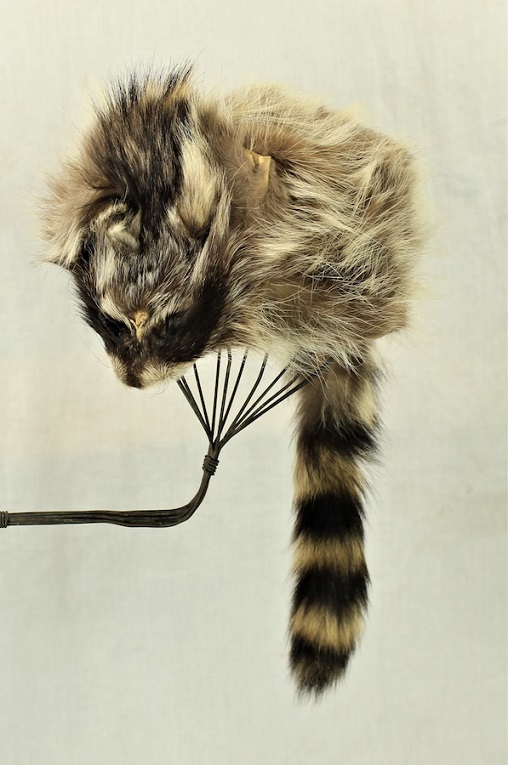 No movie character played by the immortal John Wayne was ever accused of being “all hat, no cattle.” Whether playing a cattle baron in The Cowboys and Chisum or portraying such unforgettable characters as True Grit’s Rooster Cogburn and Alamo hero Davy Crockett, Wayne always delivered onscreen credibility. His decades-long career and signature persona made him one of the world’s most admired Western stars. New Frontier Auctions is proud to announce that, as featured highlights of their August 27 auction at the Cheyenne Firearms & Western Collectibles Show, they will offer eight very special items screen-worn by “The Duke.”

All of the items are from a single-owner private collection and have been “heavily vetted,” New Frontier owner Scott Tarbell said. “Each John Wayne lot comes with affidavits and letters of authenticity from Boyd Magers, the number one authenticator of Western film memorabilia.”

Hats always “made the man” in golden era Westerns, and few are as instantly identifiable as the silver-banded hat worn by John Wayne in the 1948 Academy Award-nominated film Red River. The American Film Institute named Red River the fifth greatest Western of all time, but the hat took on a life of its own. Entertainment Magazine called it “one of the most iconic hats in film history.” New Frontier’s experts believe it will hammer $10,000-$30,000 at auction.

Two now-classic wardrobe items from the 1960 historical war epic The Alamo will be sold. Each has two collar tags – one from United Costumers and the other from Wayne’s own production company, Batjac, identifying the film and actor. Lot 251 is the actual fringed buckskin jacket John Wayne wore as Colonel Davy Crockett, the one-time Tennessee Congressman who fought in the Texas Revolution and died at the Battle of The Alamo. Estimate: $8,000-$15,000. Lot 260 is the highly recognizable coonskin cap that Wayne wore while filming The Alamo. In nicely preserved condition, it is estimated at $10,000-$30,000. “History has remembered Davy Crockett wearing two things – his fringed, buckskin jacket and a coonskin cap. Crockett is depicted in just that way on the 1967 US postage stamp that honors him,” Tarbell said.

Other John Wayne items include: the authentic US military tunic and dress kepi worn by the actor in She Wore A Yellow Ribbon, each estimated at $8,000-$15,000; the cowboy hat owned and worn by Wayne as the title character of the 1973 film Cahill US Marshal, $10,000-$30,000; and a second coonskin cap which was personally owned by Wayne and which he wore at PR engagements and photo shoots promoting The Alamo, $8,000-$15,000.

The sale includes a fantastic mix of historical relics, bronzes, paintings, textiles, saddles, boots and more, with a strong emphasis on real life “cowboys and Indians.” One of the earliest Native American items is a fitted circa 1860-1870 fringed buckskin frontier shirt featuring a densely hand-beaded yoke and artistically decorated pockets. Its estimate is $2,000-$4,000.

An outstanding Crow Indian child’s outfit consisting of a buckskin shirt and pants is fringed throughout and accented with red tradecloth and translucent cobalt and robin’s egg blue beads. Worthy of a place of honor in even the most advanced collection, it is estimated at $2,000-$4,000. Another stunning work of art is an oversize Plains Indian pipe bag, ochre with long fringe and a multicolor design that incorporates red, green, cobalt and robin’s egg blue beads against a white beaded ground. Auction estimate: $2,500-$3,500

Firearms collectors who seek the unusual will find it in a Colt .45-caliber Single Action Army revolver with two-piece carved bone grips. It is marked “101” on the frame and “7” on the opposite side, and is attributed to the famed 101 Ranch of the Oklahoma Indian Territory. It is on that vast property that the Miller Brothers started their legendary Wild West Show featuring many trick shooting and Western frontier acts. The gun is estimated at $2,500-$5,500.

An unusual and very high quality Deer Lodge, Montana prison-made horsehair bridle has a rarely seen orange background with a finely detailed nose and browband design. It is complemented by hitched glass rosettes and brilliantly hued tassels. In absolutely mint condition, this wonderful example of hand-craftsmanship is estimated at $3,500-$4,500.

New Frontier’s Saturday, August 27, 2022 auction will start at 4 PM MT/6 PM ET. Preview in person at the Cheyenne Firearms & Western Collectibles Show on Friday, August 26 from 12 PM to 5 PM and on auction day from 9 AM until 4 PM local time. The show and auction venue is located at the Laramie County Events Center at Archer, in Cheyenne, Wyoming. For additional information about any item in the auction, call Scott Tarbell at (913) 406-8057, email newfrontiershow@gmail.com. View full details about the August 26-28 show and the auction online at www.newfrontiershow.com. View the catalog and sign up to bid absentee or live online through LiveAuctioneers.