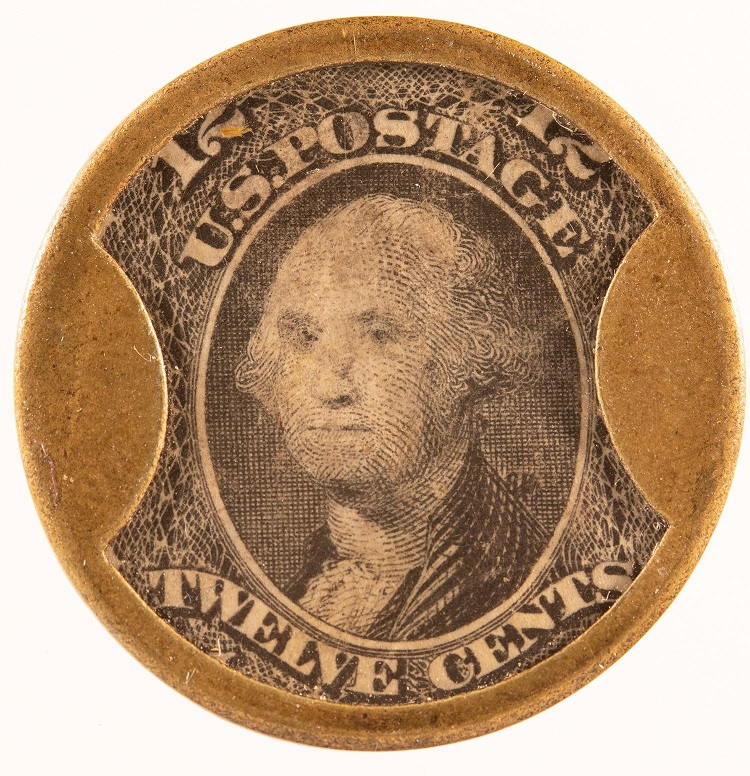 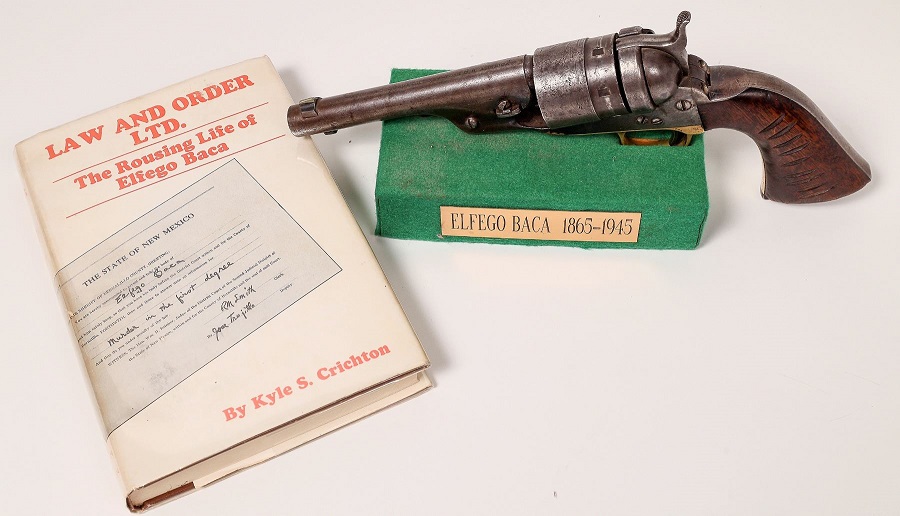 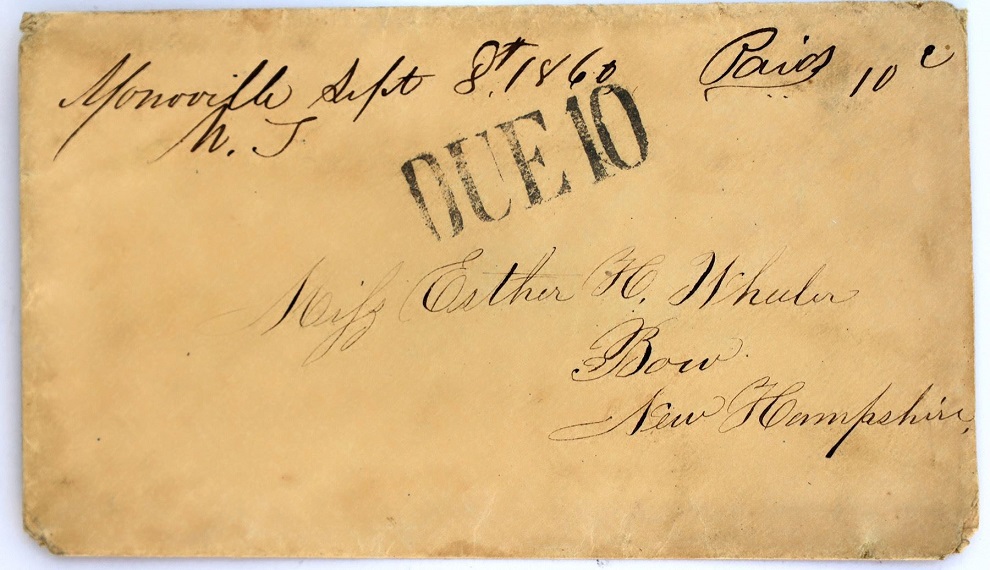 An extremely rare early US 12¢ postage stamp with a portrait bust of George Washington sold for $19,520 and the 1860 US Army Colt revolver with a Richards conversion that once belonged to legendary lawman and gunfighter Elfego Baca (1865-1945) hit the mark for $13,750 at Holabird Western Americana Collections’ Wild West Auction held July 21-24, 2022.

The auction, which was a huge success by any measure and saw new record prices established in numerous collecting categories, was held online and live at Holabird’s gallery in Reno. It was headlined by the collections of Gary Bracken, who collected in a staggering 60-plus categories; and James and Barbara Sherman, whose huge collections were housed in a museum in Tucson.

Hundreds of collectible items – 2,441 lots in all – came up for bid, at price points that appealed to seasoned collectors and novices alike. Internet bidding was facilitated by iCollector.com, LiveAuctioneers.com, Invaluable.com, and Auctionzip.com. Phone and left bids were also taken.

The 12¢ stamp was from the Gary Bracken collection. Industry expert David Bowers said of the stamp in 1989, “The 12¢ value is an extreme rarity in the series. Only two specimens can be accounted for presently. It was unknown to specialists until 1939.” The cased stamp was the sale’s top earner. It was graded in Fine/Very Fine condition, despite a little dirt and some crinkle.

The Elfego Baca revolver came out of the James and Barbara Sherman museum collection. The gun was accompanied by a hardcover first-edition copy of the book Law and Order Ltd. The Rousing Life of Elfego Baca by Kyle S. Crichton (1928), autographed by the author and by Baca, whose life as a famous lawman in New Mexico was depicted in a Disney mini-series in 1959-60.

Following are additional highlights from the auction. All prices include the buyer’s premium.

Day 1 of the auction, on Thursday, July 21, featured 480 lots of philatelic items (to include postcards and postal history, featuring items from the Bracken collection and a collection out of Elcano, Nevada); Express; and stocks and bonds. Over 600 lots came up for bid on the first day.

Day 3, on Saturday, July 23, was perhaps the auction’s busiest day. Both the 12¢ stamp and the Elfego Baca revolver were sold on day 3, which featured numismatic offerings (including currency and scrip, and U.S., ancient and foreign coins – plus medals, badges and exonumia); and tokens, featuring Arizona, Colorado, Nevada, New Mexico and Oklahoma – in all, 622 lots.

Coin collections housed in Dansco #7000 albums were a hit with collectors. A Coins of England album covering 1,000 years of English history, from Eanred to Victoria, including four coppers, 83 silvers and a gold guinea of George III ($8,435). All were identified and included many half crowns, shillings and dozens of hammered coins. A Greek Coinage album featuring coins of Macedonia, Thrace, Phoenicia, Egypt and Judaea – 65 coins in all, including 42 bronze and 23 silver, including 7 tetradrachms of Philip II, Alexander the Great with four minors, Ptolemy II and VI, mostly fine ($7,830). An Islamic Coin album containing an ancient collection of 101 Islamic coins, mostly silver but also featuring 40 copper and three gold (Suleiman the Magnificent, Mahmud I and Mahmud II). 23 of the silver coins were 703 AD to 18th century Ottoman ($4,940).

A lot of 46 Republican denarii coins dating from 147 BC to 46 BC – 44 of them different and all identified, in fine or better condition (two very good) and featuring a variety of Roma/chariot examples, finished at $7,230. Also, Gary Bracken’s major Colorado dog tag collection – with 91 different towns and about 356 pieces – with a concentration on pre-1930s tags, rang up $4,250.

The auction’s final day, on Sunday, July 24, featured Native Americana; cowboy and Wild West; minerals and mining; sports; bottles (highlighted by Colorado and Oklahoma); and saloon, tobacciana and gaming. Day 4 had 583 lots; the auction overall had a grand total of 2,441 lots.

A wooden box with a paper end label made for The M. Werk Co. Stearic Acid Candles, with “M Werk & Co” stenciled on both long ends, 8-1/2 inches by 11-3/4 inches by 18 inches, finished at $3,625. Also, a group of three late 19th/early 20th century hutch bottles from Ouray, Colorado, a town named after the Ute Chief Ouray – one for N. Naylon, aqua in color; and two for the San Juan Bottling Works, one aqua in color and the other bottle clear – found a new home for $3,125.

Holabird Western Americana Collections, LLC is always seeking new and major collections to bring to market. It prides itself as being a major source for selling Americana at the best prices obtainable, having sold more than any other similar company in the past decade alone. The firm will have its entire sales database online soon, at no cost – nearly 200,000 lots sold since 2014.

To consign a single piece or a collection, call Fred Holabird at (775) 851-1859 or (844) 492-2766 or send an email to fredholabird@gmail.com. To learn more about Holabird Western Americana Collections, LLC, visit www.holabirdamericana.com. Updates posted often.