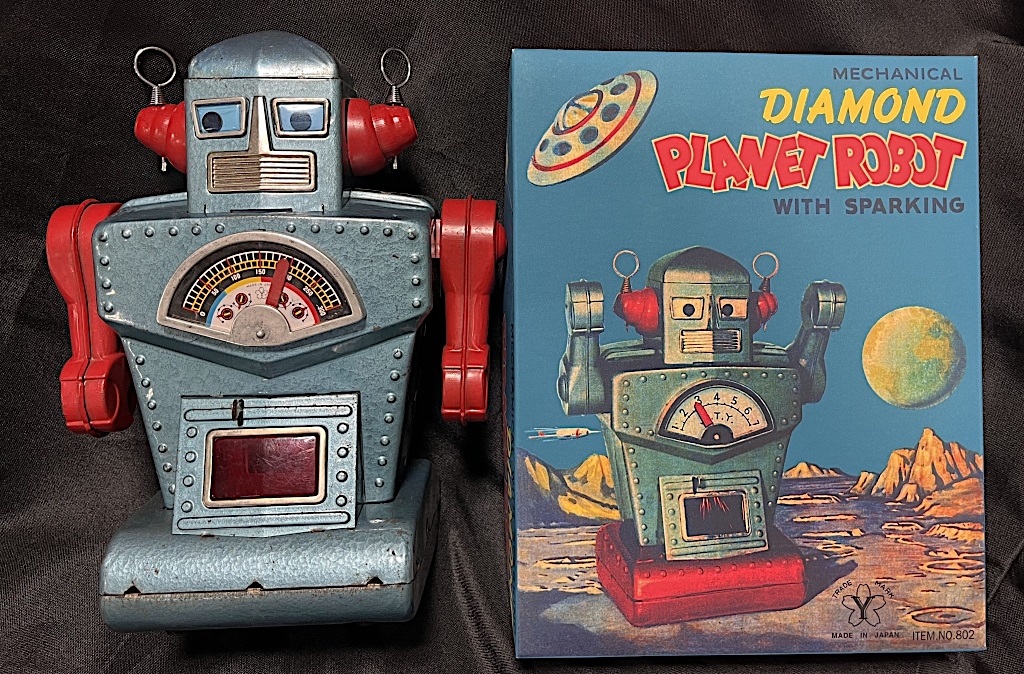 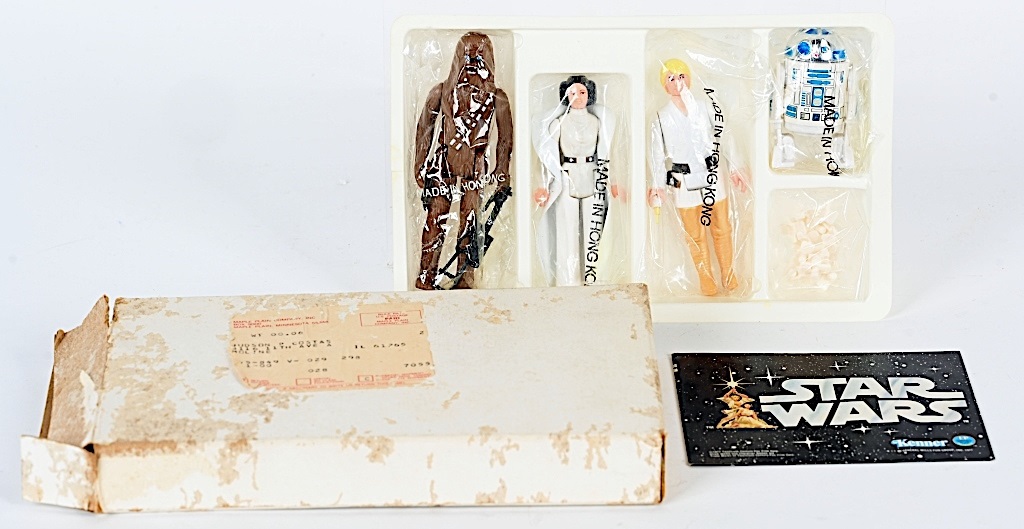 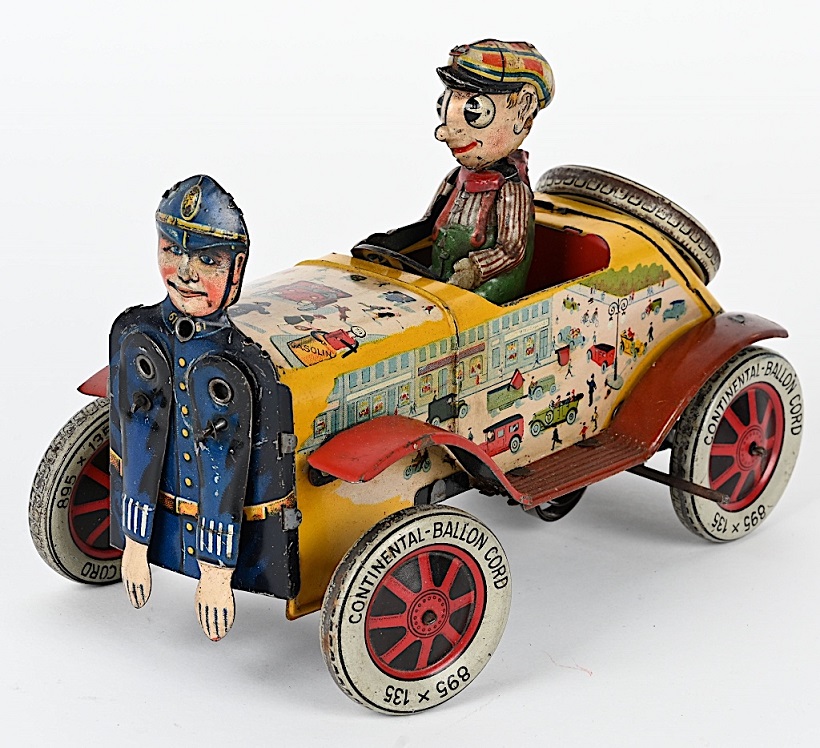 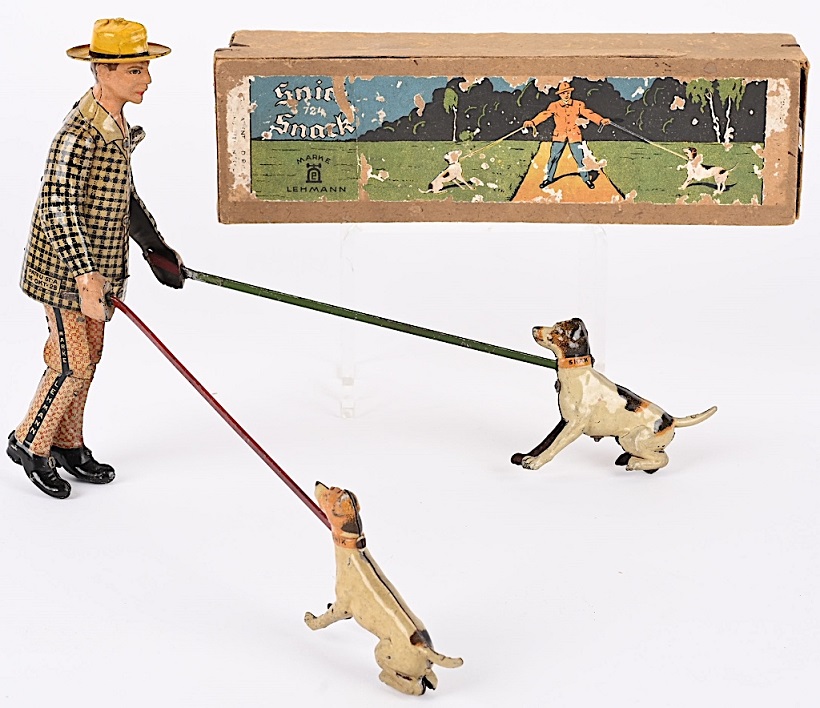 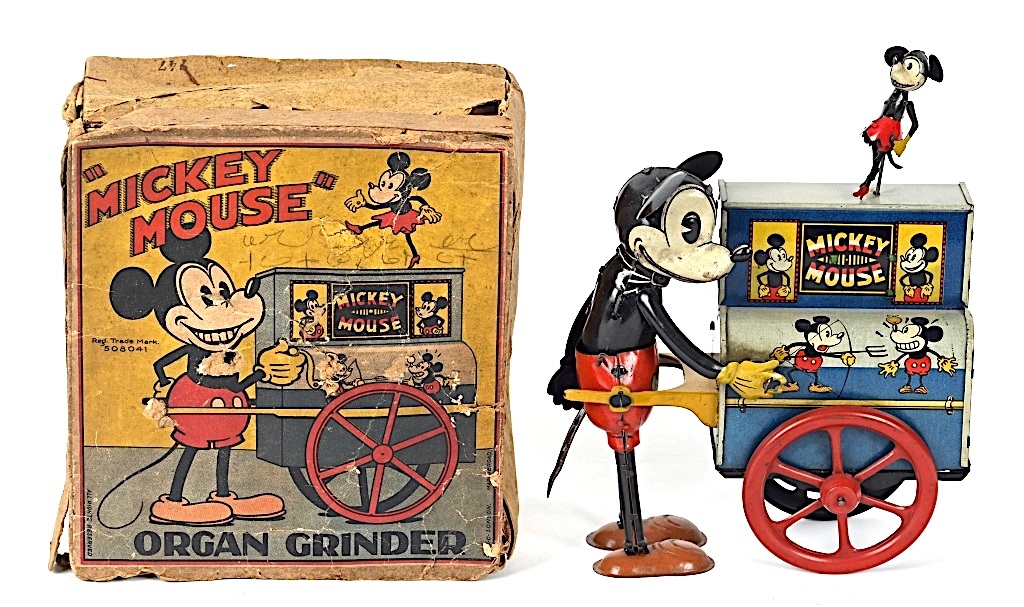 Every antique toy collector dreams of finding something rare and exotic under the Christmas tree, and sometimes those dreams come true. But there is an alternative that offers much better odds. Those who don’t want to risk receiving a clip-on tie or box of stale chocolates can find and bid on hundreds of rare and beautiful toys in Milestone Auctions’ December 10, 2022, Winter Toy Extravaganza. The suburban Cleveland company may be known for selling every type of high-end collectible from antique firearms to vintage petroliana, but toys are special to the Milestone crew. It’s one of the categories upon which their brand was founded, and its following amongst collectors is rock solid.

“Because we’ve been involved with antique toys for so long, we understand what collectors want. We travel constantly, visiting collections and estates, attending shows, and following up on leads in person. We leave no stone unturned,” Milestone Auctions co-owner Miles King said. “We’re especially excited about the December 10 sale because it contains some of the rarest and finest toys we’ve ever handled. Some come with their extremely scarce original boxes, and many are fresh to the market.”

Robots and space toys have always found the atmosphere welcoming at Milestone’s events, and expectations are high for the approximately four dozen extraterrestrial entries in the December 10 sale. Highlights start with an original Yonezawa (Japan) tin windup Diamond Planet Robot displaying a rare blue body with red arms color scheme. It is one of the most elusive of all post-WWII robots, and few have ever appeared at auction.

“The 10-inch-high Diamond Planet is actually the largest windup robot ever produced. It has a great look with its prominent googly eyes, detailed chest gauges and sparks that are visible through a red gel when the toy is activated. Many collectors will be chasing this robot,” King said. Accompanied by a high quality repro pictorial box, the all-original Diamond Planet Robot will cross the auction block with a $30,000-$50,000 estimate.

From the coveted Masudaya Gang of Five lineup of big, boxy, battery-operated tin robots comes an eye-catching 15-inch-tall Target Robot. An exceptional original example sporting bright colors and a high gloss, the artfully detailed Japanese classic is complete, in working order (when tested) and accompanied by the correct dart gun and dart for shooting at the robot’s bright red chest target. Its auction estimate is $12,000-$15,000.

Also from another celestial realm – a place where no man has gone before – is a fantastic rarity: a 1978 Kenner Star Wars Jawa vinyl cape action figure on a crisp 12 back-A card with clear bubble. Among the most desirable of all early Kenner Star Wars figures, Milestone’s Jawa is in beautiful condition and was recently AFA graded 80+ Near Mint. Milestone has placed a $40,000-$50,000 estimate on this figure.

The 873-lot auction is brimming with rare European tin toys, and who better to lead the parade than Mickey Mouse, who never seems to age even though he just turned 94 years old. Milestone is proud to present in its December 10 auction a Disney classic: a rare, original and complete Distler Mickey Mouse Organ Grinder (Hurdy-Gurdy) with the unheard addition of its original pictorial box. In excellent condition with bright colors and wonderful graphics, the German-made toy qualifies for the description of “museum quality” and is offered with a $25,000-$35,000 estimate.

Also by Distler, the comical tin windup Directional Policeman car in all-original working condition is so rare, even Milestone’s toy specialists have never seen another one like it. With a rich palette of colors and graphics exhibiting all sort of vehicles, people, dogs and driving-related symbols, this incredibly rare toy could reach $10,000-$15,000 on auction day.

Other European tin highlights include an all-original, boxed Lehmann (Germany) windup “Snick Snack” depicting a well-dressed gentleman walking two dogs on “leashes,” $8,000-$10,000; and a Victor Bonnet (France, successor to Fernand Martin) “Madelon Casseuse D’Assiettes,” a tin windup maid in cloth attire who struggles to keep a stack of tin plates from toppling over. Like the Lehmann Snick Snack, Madelon is in excellent condition and retains its scarce original box. Estimate: $1,500-$2,000

The toy collecting community is still chattering about the boxed Linemar battery-operated Popeye and Olive Oyl tank that sold for a world-record $105,000 at Milestone’s April 9 auction. The cartoon couple returns to the spotlight on December 10 in the form of two Linemar 5-inch tin mechanical nodders. Both the Popeye and Olive figures are 100% original and complete, and each comes with a very attractive original box (replaced top flap on both). The toys will be auctioned consecutively, each with a $2,500-$3,500 estimate.

The words “new/old stock” is sure to pique the curiosity of pressed steel toy collectors as lot 559B is announced. The grouping consists of a Buddy ‘L’ factory case that contains six #5628 14-inch Army Transport Trucks with Howitzer and Poly Soldiers. Each truck is housed in its own original Buddy ‘L’ interior box. In Near Mint condition, the Buddy ‘L’ bonanza is estimated at $2,500-$3,500.

Milestone Auctions’ December 10 Winter Toy Extravaganza will be held at the company’s gallery located at 38198 Willoughby Parkway, Willoughby, OH 44094. Start time: 10 AM ET. All forms of remote bidding will be available, including absentee and live online through Milestone’s bidding platform or LiveAuctioneers. For additional information on any item in the sale, call (440) 527-8060 or email info@milestoneauctions.com. Online at www.milestoneauctions.com.