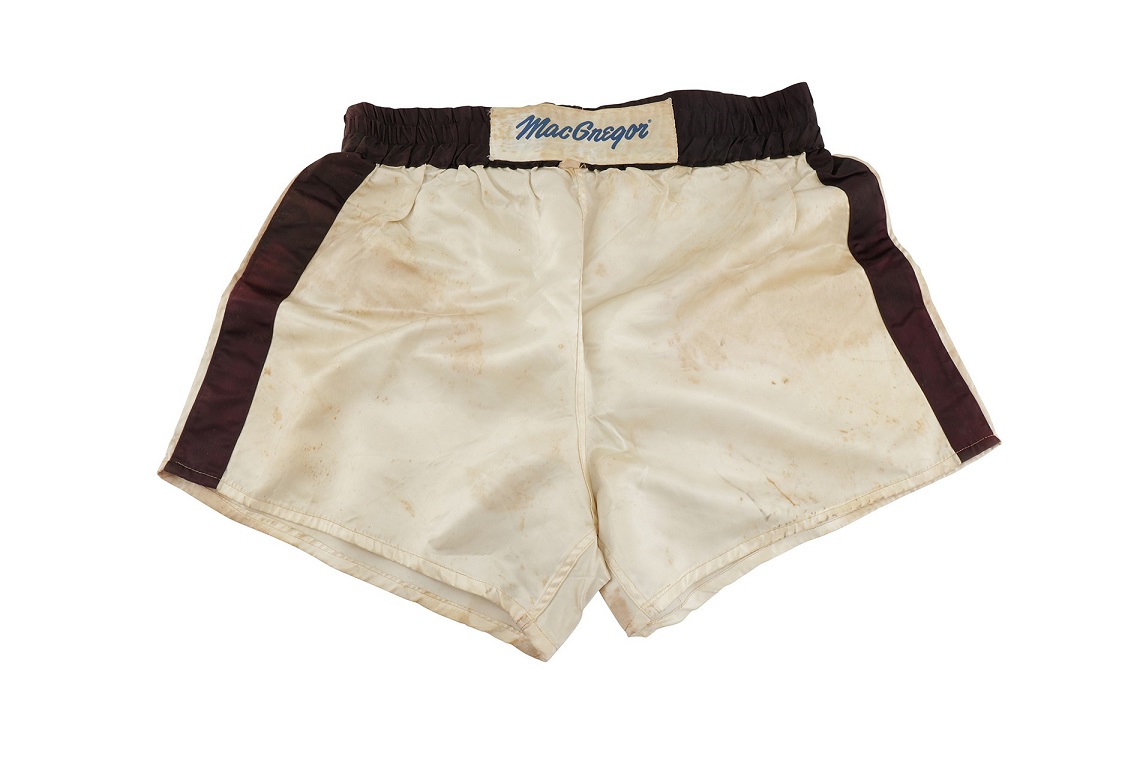 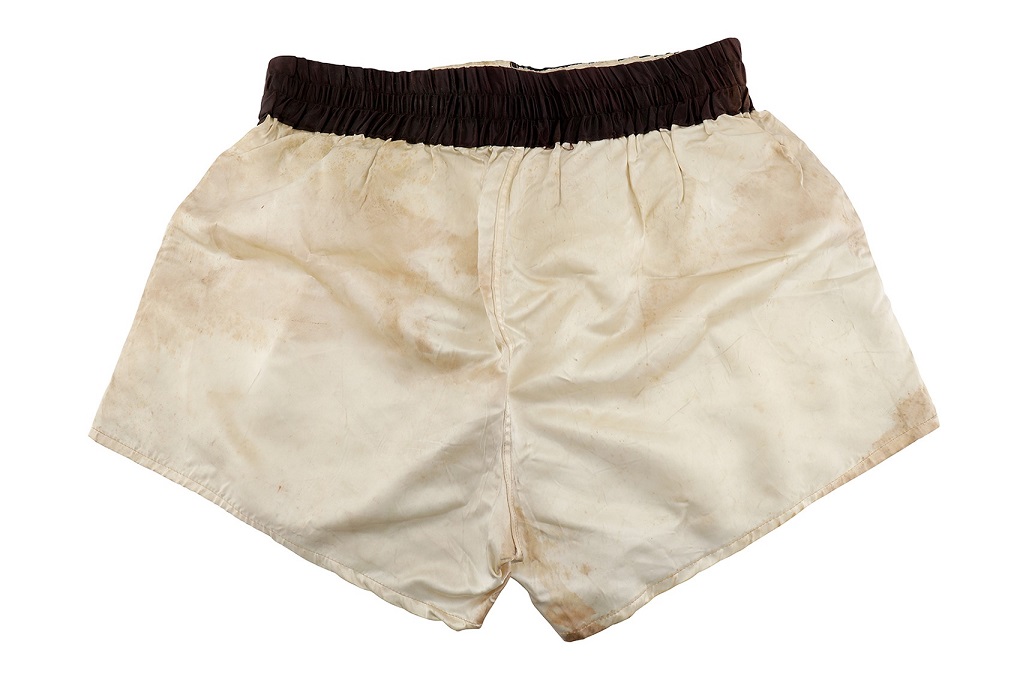 A unique souvenir of Muhammad Ali’s final boxing match will be offered on February 14, 2023, at Chiswick Auctions’ Autographs and Memorabilia sale in London.

The MacGregor boxing trunks were worn by Ali during the “Drama in Bahama,” a December 11, 1981 match at the Queen Elizabeth Sports Centre in Nassau that pitted the legendary American athlete against Jamaican Trevor Berbick. Age was not on the once-invincible Ali’s side. He was 39 years old, overweight at 236 lbs, and already suffering brain damage from having absorbed too many blows. In contrast, Berbick was a youthful 27 years old and would go on to win a WBC Heavyweight title.

Despite concerns about his fitness prior to the fight, Ali tried putting some combinations together in the early rounds and even landed a few solid jabs, but by the sixth round he appeared tired and started getting hit. The 10-round contest – which failed to sell out – went the distance, with Berbick winning by a unanimous points decision. After the fight, Ali retired, his illustrious career ending with an overall record of 56-5.

The “Drama in Bahama” match was the only time Ali ever wore MacGregor trunks rather than examples made by Everlast. The MacGregors were presented by Ali’s trainer Angelo Dundee to his close friend Hartmut Scherzer, a German sports reporter who visited the dressing room after the Nassau fight.

All forms of bidding are available for Chiswick’s February 14 auction featuring the boxing trunks from Muhammad Ali’s final fight. Those who cannot attend in person can bid by phone, leave an absentee bid, or bid live through Chiswick Live. For additional information or to set up a phone line for bidding, call +44 20 8992 4442 or email info@chiswickauctions.co.uk.