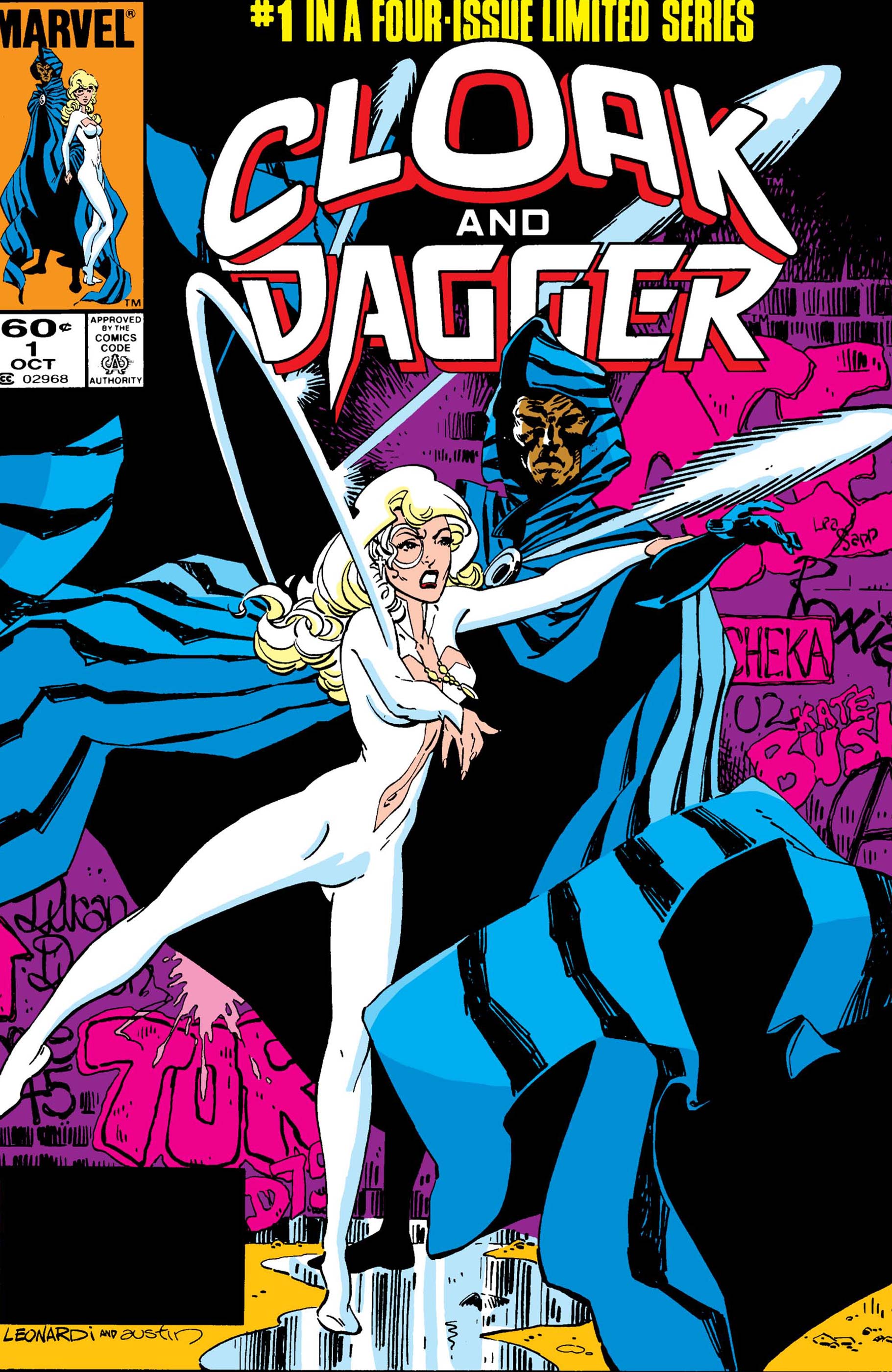 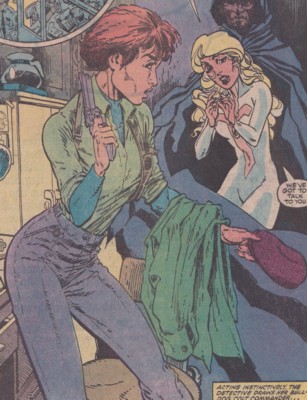 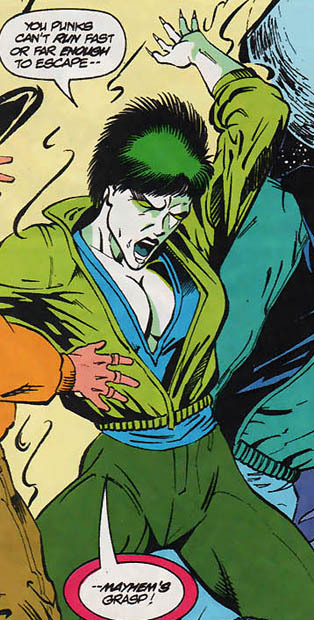 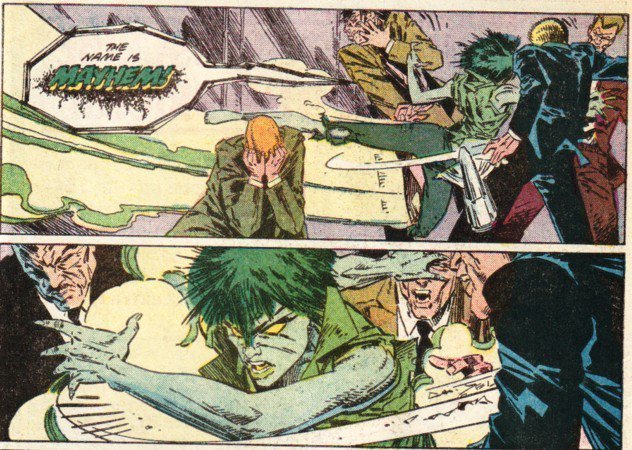 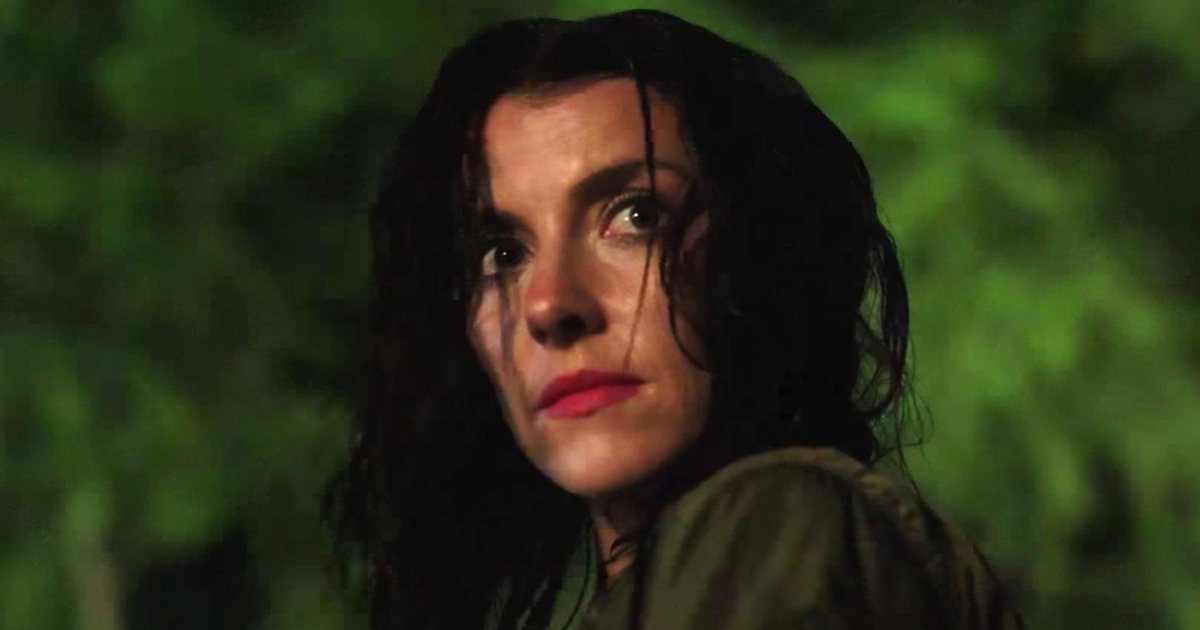 In the month’s leading up to the season two premiere of Freeform’s Cloak & Dagger, on April 4, 2019, the promotional material has teased the arrival of a major Marvel villain. But just who is the glowing green vixen that is gearing up to face Cloak and Dagger?

Brigid O’Reilly, created by Bill Mantlo and Rick Leonardi, made her debut in Cloak and Dagger #1 in 1983. The character was initially introduced as a police detective in Manhattan, who was investigating drug cartels and catching criminals in New York. After learning that Cloak and Dagger were attacking criminals in her precinct she wanted to bring them to justice. However, when she realized they were on the same team she began to trust the young crimefighters. During a mission, Detective O’Reilly and her fellow officers were investigating a hidden drug lab on a dock when they were ambushed. In a trap set by corrupt police officers, O’Reilly and two officers were locked in a glass cube filled with poisoned gas.

Cloak and Dagger arrived shortly thereafter and find O’Reilly on the brink of death. Cloak surrounded her and Dagger with his darkness, while Dagger tried to revive her with her light. Unfortunately, this solution did not seem to work and the pair abandoned her body to search for those responsible. Moments after Cloak and Dagger left, O’Reilly was reborn as Mayhem. As Mayhem she exudes a green, venomous gas from her pores that tends to surround her. Not only can this gas paralyze her victims but it can also act like a truth serum, forcing them to tell her the truth. Dagger’s “light knives” dissipate upon contact with this gas, and Mayhem also has the ability to levitate herself and fly. Along with these abilities came a slightly aggressive personality change.

In the beginning she used her newfound powers to bring crooked cops to justice and regularly teamed up with Cloak and Dagger. However, she quickly became more of a vigilante, showing no mercy to the drug dealers and other criminals she pursued. As a result, Cloak and Dagger rejected her more violent ways and were frequently placed in opposition to her. A dynamic that will soon be played out on the small screen during the sophomore season of Cloak & Dagger.