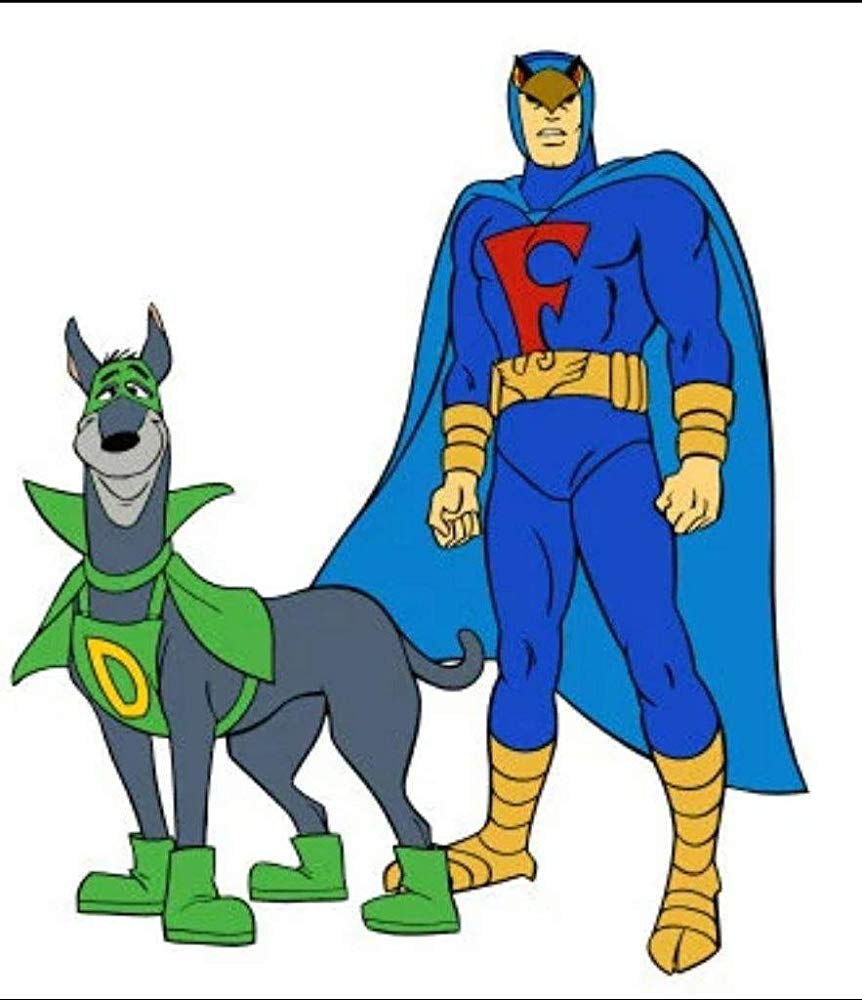 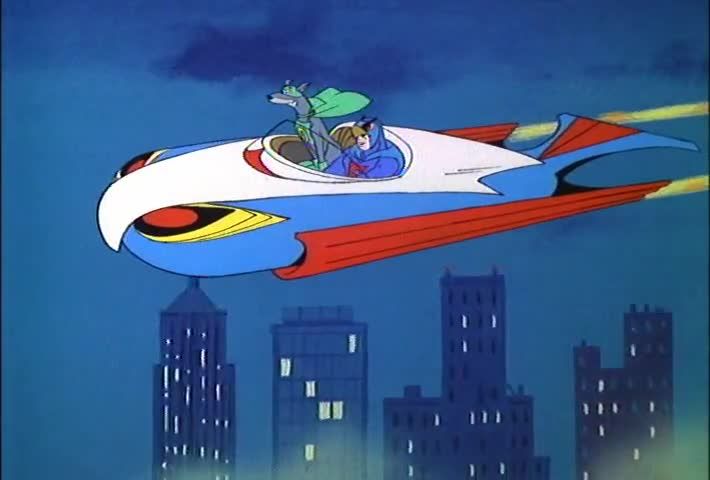 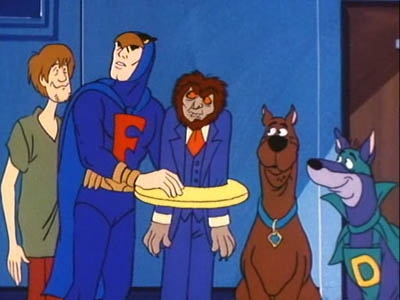 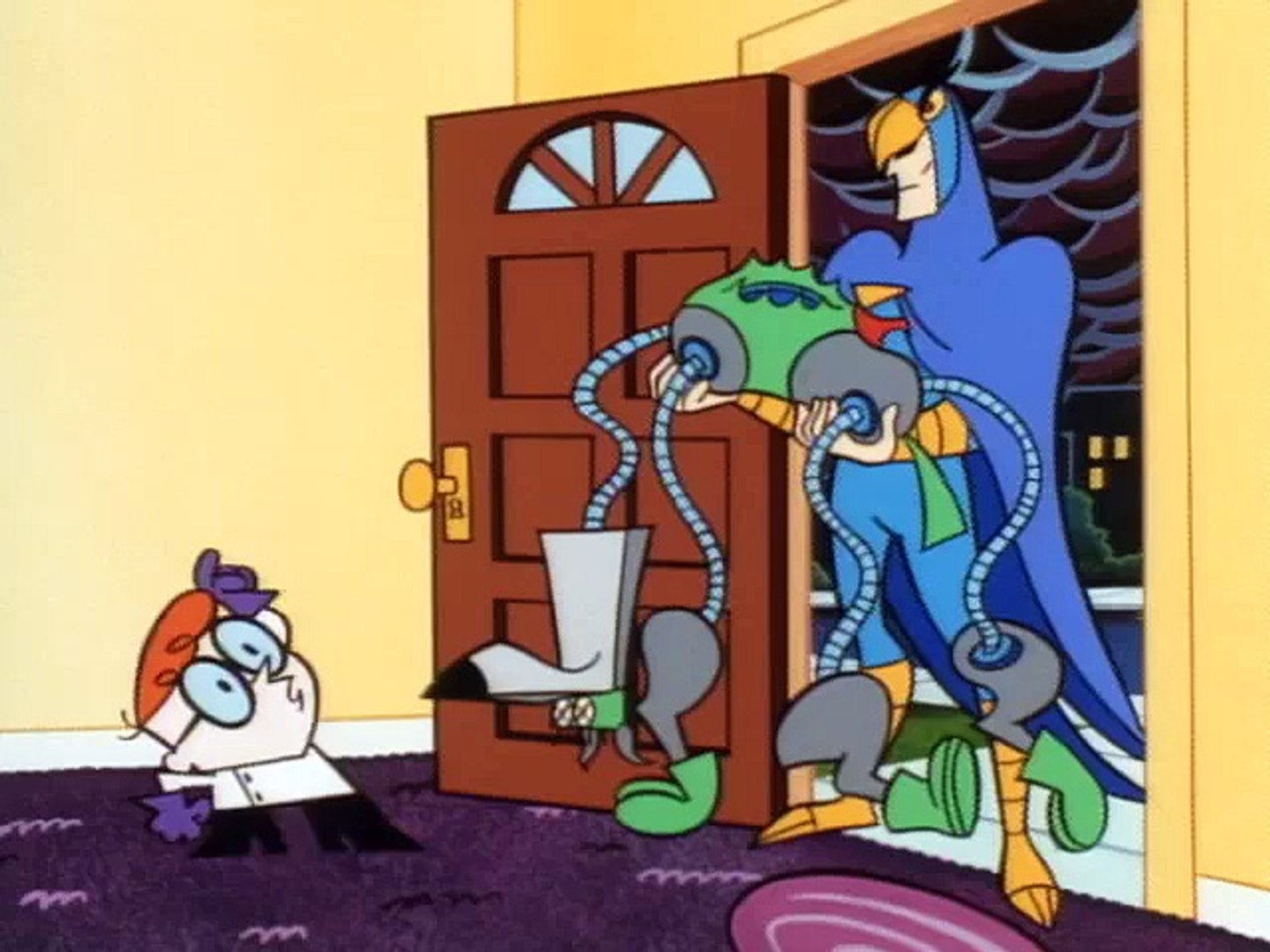 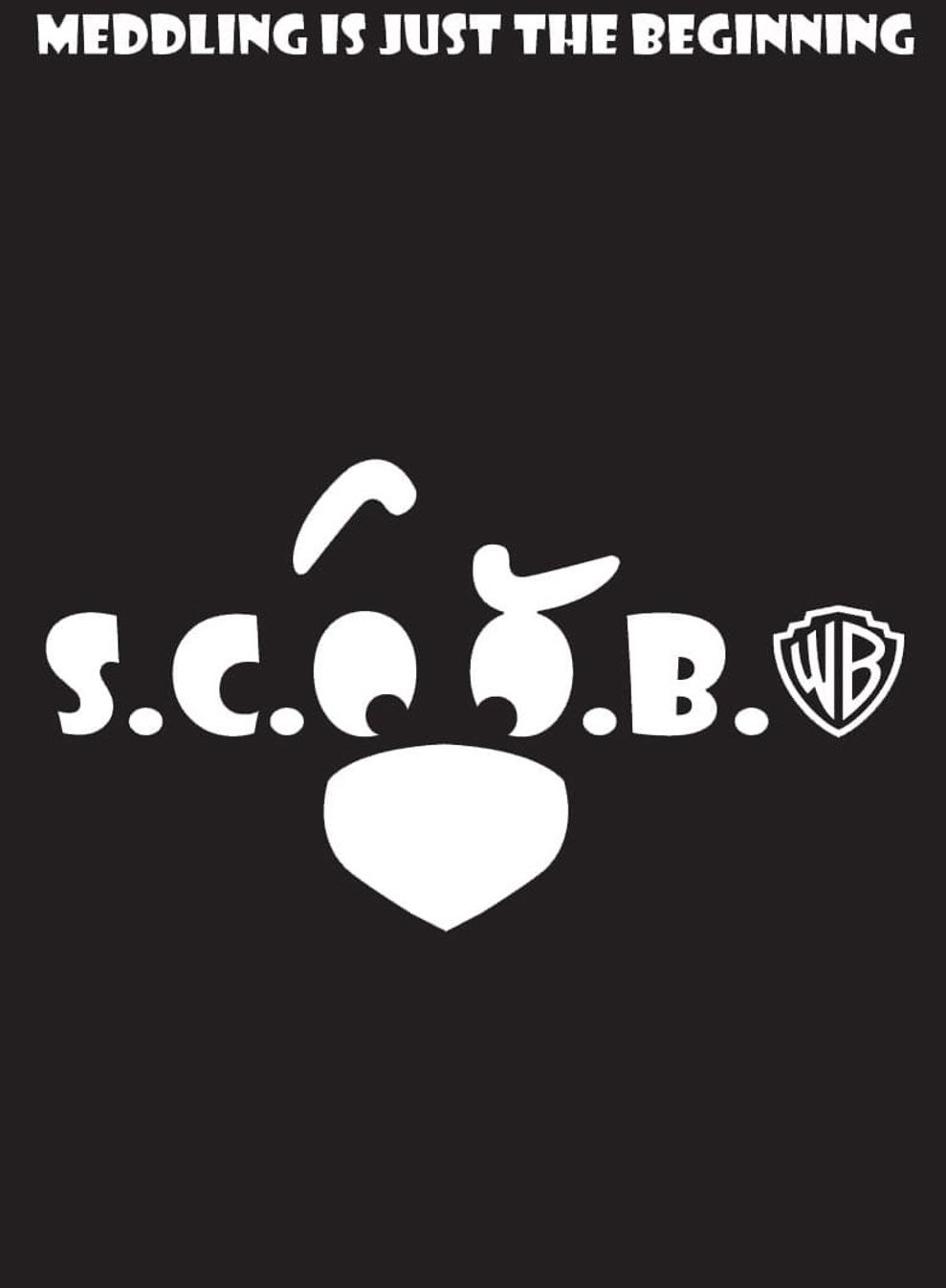 Between 1976 and 1977, a Batman-esque superhero and his robot dog stole the show during Hanna-Barbera’s The Scooby-Doo/Dynomutt Hour. This daring duo would later appear in several Hanna-Barbera productions, along with numerous cameos across pop culture. Do you know who this heroic tag-team is?

Dynomutt, Dog Wonder and Blue Falcon debuted as a half-hour segment of The Scooby-Doo/Dynomutt Hour on September 11, 1976. As with many other animated superheroes of that time, no origins for the characters were ever provided. The segment followed millionaire socialite art dealer Radley Crown, a/k/a Blue Falcon, and his mechanical dog Dynomutt, a/k/a Dog Wonder. Inside their base of operations in Big City, Crown’s penthouse apartment, the pair await alerts from the Falcon Flash. Upon being alerted, they dash to the Falcon's Lair to switch into their secret identities. The Blue Falcon and Dynomutt receive reports from the secret agent F.O.C.U.S. One on a TV screen before jumping into the Falconcar and speeding off to save the day.

Similar to the 1966 Batman series, each episode often opened with Blue Falcon and Dog Wonder in the clutches of their foes only to escape by the next commercial break. The metallic mutt possesses a system of miniaturized transistors and can produce a seemingly infinite number of mechanical devices from his body. Unfortunately, the Dog Wonder never quite manages to utilize his mechanics properly. Blue Falcon is forever hamstrung by his sidekick’s clumsy mishaps, most of which result in him lovingly referring to the pup as Dynomutt “Dog Blunder.” Regardless of the misfortunes, Blue Falcon is well equipped with his own arsenal of gadgets allowing the team to manage any situation. Although the members of Mystery Inc. do lend a hand from time to time.

Blue Falcon and Dynomutt are set to appear in yet another Scooby-Doo crossover, Scoob, with Mark Wahlberg voicing Blue Falcon and Ken Jeong voicing Dynomutt. This upcoming 3D computer-animated comedy is directed by Tony Cervone, written by Kelly Fremon Craig, and also features the voices of Frank Welker, Zac Efron, Will Forte, Amanda Seyfried, Gina Rodriguez, and Tracy Morgan. The film is scheduled to be released on May 15, 2020, by Warner Bros. Pictures.