Conflict and Controversy With Mars Attacks 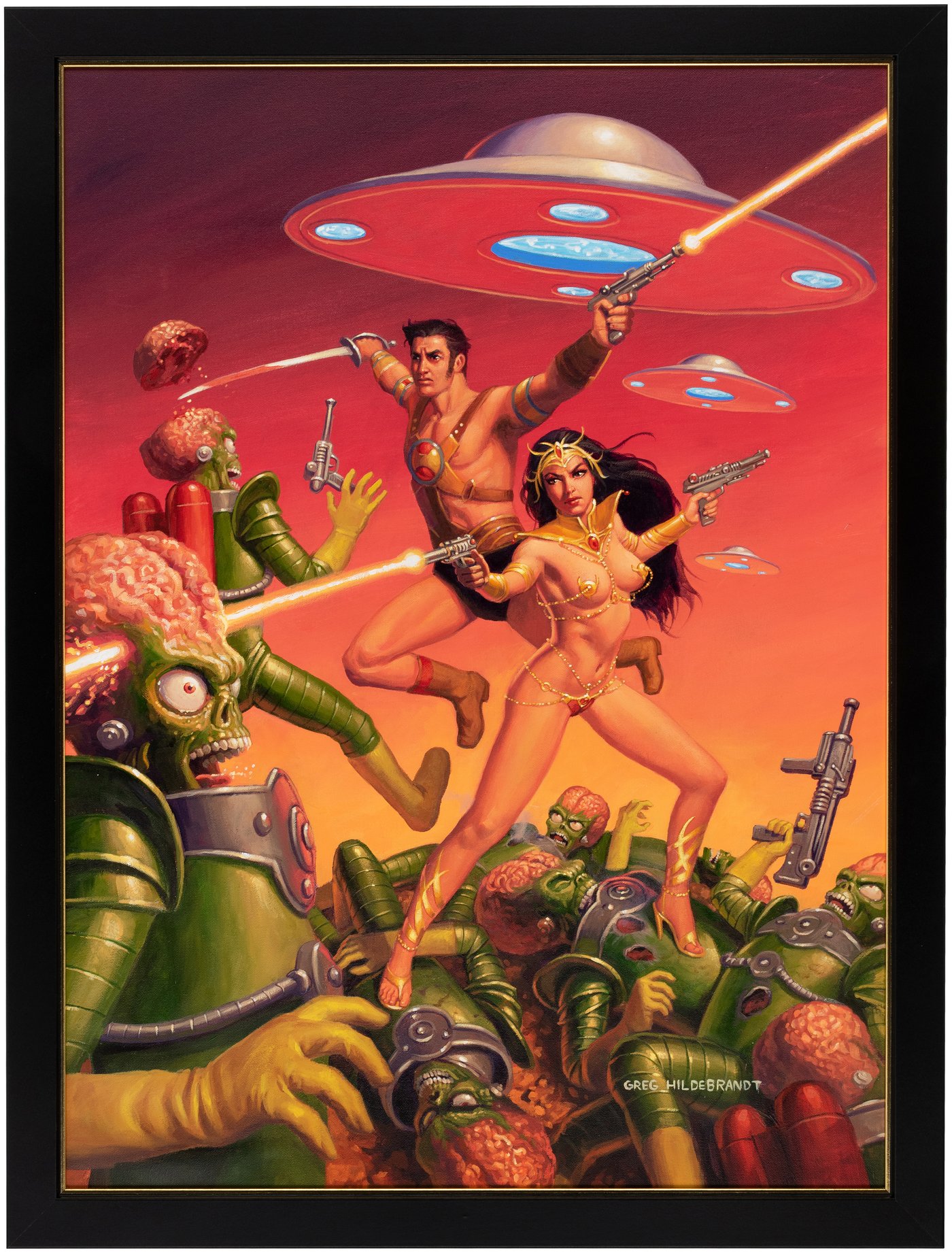 Though Topps is primarily known for their popular lines of sports cards, the company has also seen success with non-sports endeavors. One of these non-sport card lines actually made for a pretty memorable story when it debuted in 1962 – Mars Attacks.

The cards were inspired largely by a Wally Wood cover for EC Comics – more specifically, the cover for Weird Science #16. Topps developer Len Brown pitched an idea to Woody Gelman, and the story that would eventually be told through the cards themselves was created. Wood himself was later brought on to help flesh out some of the initial sketches. Mars Attacks was initially marketed under the name Attack from Space, but after the test market results came back positive and sales were good, the name was changed.

The story of the cards follows the invasion of Earth by the Martian people, who are trying to colonize Earth for themselves (as Mars itself is doomed to explode). Earth eventually is able to fight back, and eliminates the Martian forces on Mars just before the planet explodes.

The set was hardly without controversy, though – as many of the cards depicted scenes featuring gore or sexuality, there was a significant backlash from parents regarding how Topps marketed them to children. The company first tried to soothe upset communities by repainting 13 of the cards to reduce the offending material, but Topps eventually halted the series altogether after an attorney from Connecticut started to inquire about them.

Mars Attacks was later adapted into comic books, novels, and a Tim Burton-directed film; reprints and new sets of the cards have also been released in the decades since the series’ debut. In celebration of the franchise’s 55th anniversary, Topps created and released a sequel series, Mars Attacks: The Revenge, with a story taking place five years after the events of the original series.