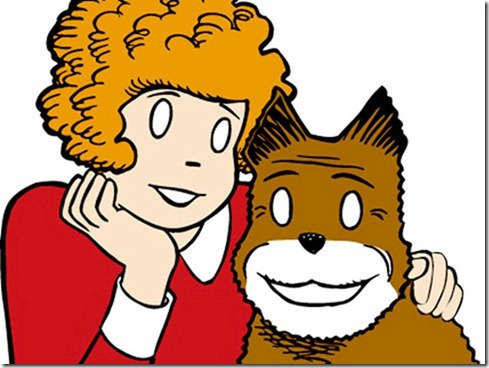 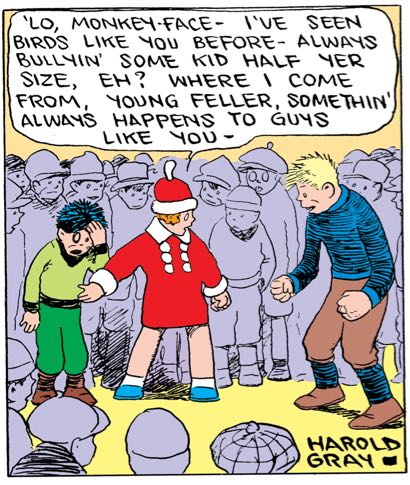 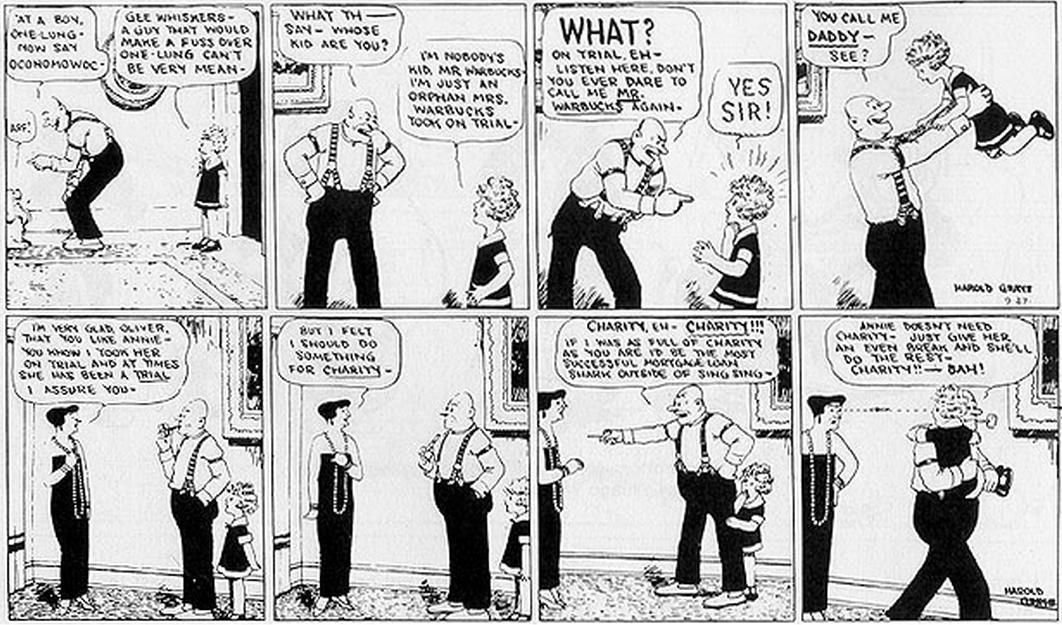 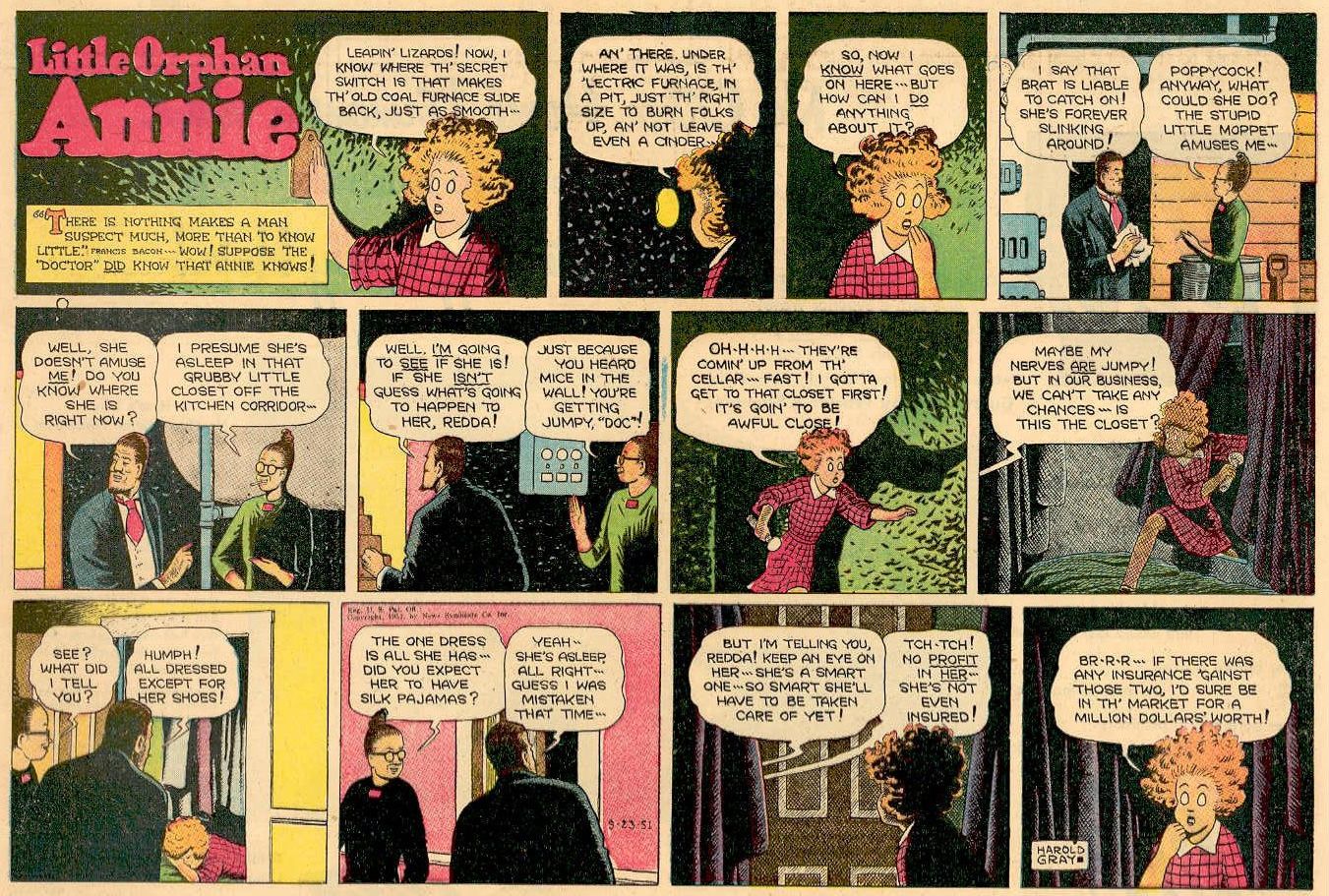 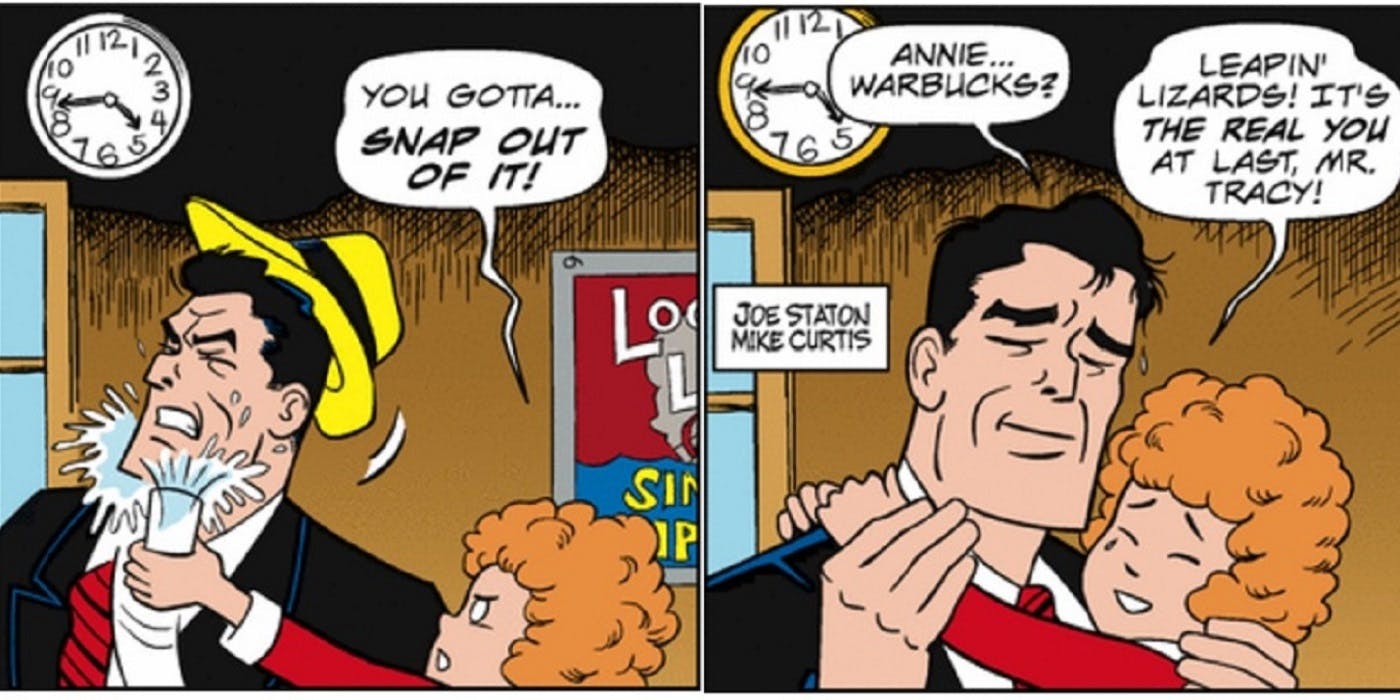 It seems hard to believe, but it was 95 years ago that readers were first introduced to the misadventures of a plucky little orphan named Annie. While many are familiar with her stage appearances and feature-length musicals, did you know her life adventures originally played out in a newspaper strip from 1924 to 2010?

Created by cartoonist Harold Gray, the Little Orphan Annie comic strip debuted on August 5, 1924, in the New York Daily News. The star of the comic is 11-year-old Annie, who is easily recognized by her curly mop of red hair and signature red dress. Despite her circumstances, Annie is a generous, compassionate, and optimistic youngster. She lives in a dreary orphanage where she is routinely abused by the cold and sarcastic matron Miss Asthma – later replaced by the equally mean Miss Treat.

One day, the mean-spirited wife of the wealthy Mr. Warbucks comes in and brings Annie home on a trial basis. Although Mrs. Warbucks makes it very clear that she does not like Annie, her husband instantly develops a paternal affection for Annie and instructs her to address him as Daddy. The Warbucks’ household staff also takes to Annie and like her immediately. The snobbish Mrs. Warbucks derides her husband’s affection for Annie, and even spitefully sends Annie back to the orphanage when he is called away on business. The first of many times she will send Annie back to “the home.” Fortunately, Daddy Warbucks never stops thinking of her as his daughter and always brings her back home.

Just one year after Annie’s debut, she rescues a puppy from a gang of abusive boys that she quickly names Sandy. At the time, Annie is working as a drudge in Mrs. Bottle’s grocery store, but she manages to keep Sandy hidden for a time. Eventually, Annie gives Sandy to Paddy Lynch to give her a good home. When Sandy reappears in the strip she is much older and rescues Annie from gypsy kidnappers. Thereafter Annie and Sandy remain together forever. While Sandy clearly aged, Annie never does. She attributes this lasting youthfulness to her birthday being on February 29 in a leap year, meaning she ages only one year in appearance for every four years that pass.

After 86 years, the final Little Orphan Annie strip ran on Sunday, June 13, 2010. The last strip was the culmination of a story arc where Annie was kidnapped by the wanted war criminal “Butcher of the Balkans.” Although Annie desperately wants to be let go, the Butcher tells her that he neither will let her go nor kill her. The final panel of the strip reads “And this is where we leave our Annie. For Now…” In 2013, the team behind Dick Tracy launched a new story to permanently resolve the fate of Annie. The storyline sees Daddy Warbucks enlist Tracy’s help, with the detective eventually rescuing her. Annie and Warbucks would make subsequent appearances in Dick Tracy in 2015 and 2019.

This latter cameo establishes that after 95 years, Warbucks has formally adopted Annie, making her little orphan Annie no more.