Wednesday, February 19, 2020
Scoop is a totally free e-newsletter, produced for the benefit of the friends who share our hobby!
Home

Mouse-ing Around Comics for 90 Years 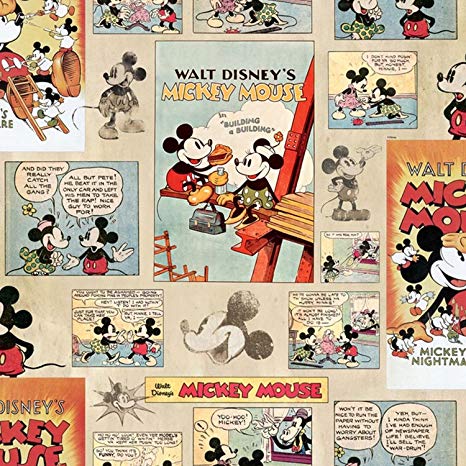 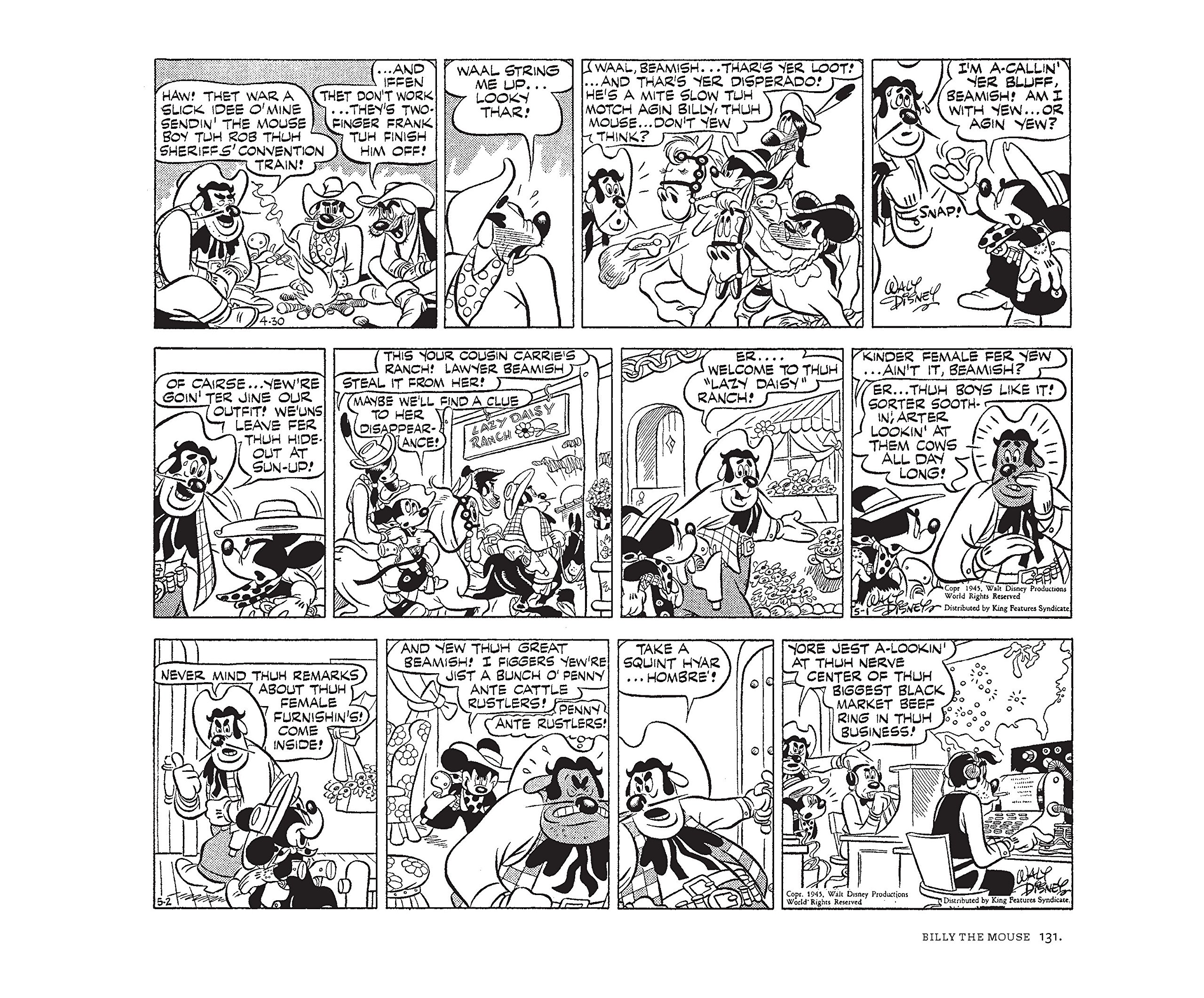 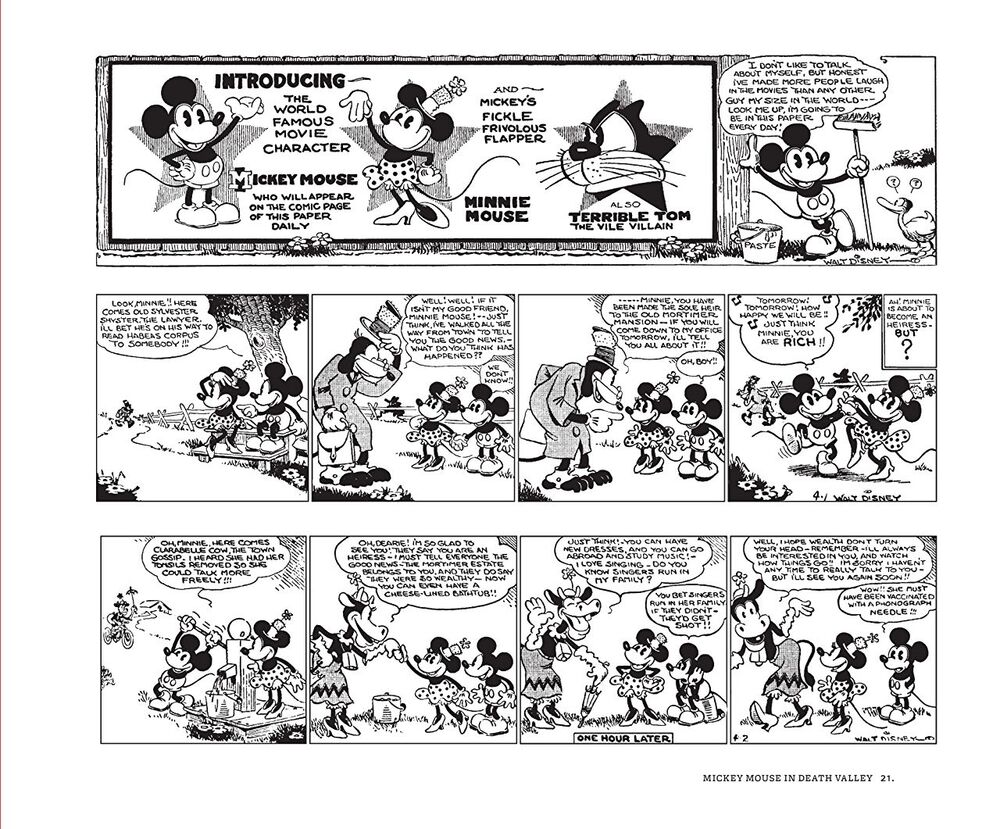 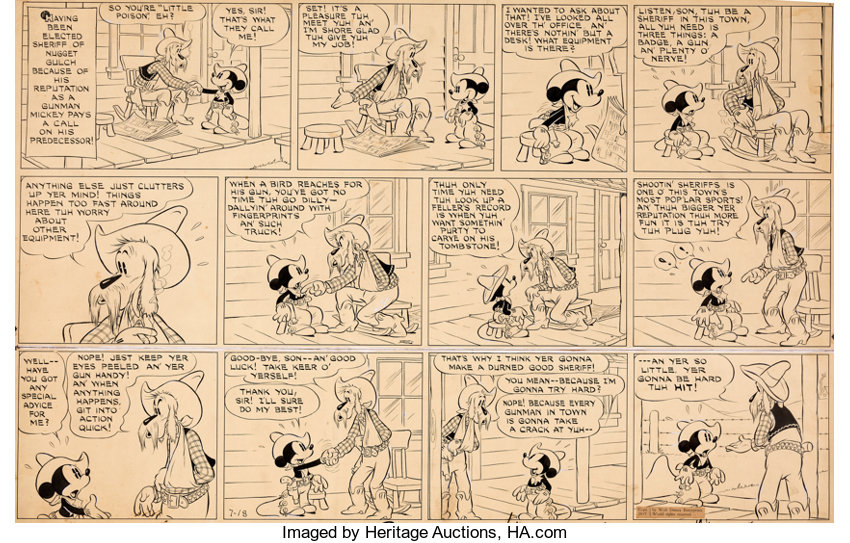 Several decades ago, pop culture was forever changed when an anthropomorphic mouse strolled out in his iconic red shorts and yellow shoes. As one of the world’s most recognizable characters, you’d have to be living under a rock to not know about Mickey Mouse. But just how much do you know about the comic strip he called his home for 65 years?

Following his successful appearances in numerous animated shorts, Mickey made his comic debut on January 13, 1930, and ran until July 29, 1995. Syndicated by King Features Syndicate, early installments of the Mickey Mouse strip were written by Walt Disney himself with art by Ub Iwerks and Win Smith. The first week or so of the strip featured a loose adaptation of Mickey’s first animated short Plane Crazy, which saw the mouse trying to fly an airplane in imitation of Charles Lindbergh. After Iwerks’ departure, Disney continued scripting the Mickey Mouse comic strip with artist Smith, before returning his focus to animation projects.

Disney then searched for a replacement among the remaining staff, selecting young inbetweener Floyd Gottfredson as a “temporary replacement.” Gottfredson joined the strip on May 5, 1930, and remained in this “temporary” assignment for the next 45 years. The early months of the strip featured the standard gag-a-day approach to comic strips but later transitioned into a more serious adventure strip. In his first adventure story, Mickey Mouse in Death Valley, the crooked Sylvester Shyster, and his goon Peg Leg Pete kidnapped Minnie in order to find her uncle’s hidden gold mine. This story arc, which ran across six months, featured all the tropes of Western dramas including horse chases, gunplay, and the hero being branded an outlaw.

Throughout the 1930s, popular stories saw Mickey crowned boxing champion, raising money for an orphanage, being hypnotized by a mad professor, and defeating Shyster and Pete in their secret zeppelin kingdom in the clouds. Still using the proto-Goofy moniker “Dippy Dawg,” the character joined the strip in 1933 before adopting the name Goofy in 1936. Donald Duck also joined the strip in 1935 but later starred in a sequence of Silly Symphony comics and got his own strip in 1938. Since Mickey and Donald’s strip appeared in rival newspapers, the characters weren’t allowed to enjoy crossovers.

By the 1940s, Bill Walsh took over scripting duties and introduced science fiction, mystery, and horror to the title. Memorable stories included The World of Tomorrow which saw Pete ruling the world with his deadly robots and The House of Mystery where the evil scientist Drusilla died in a fire as her mansion burns around her. Returning to a mostly gag-a-day format, the strip introduced the future character Eega Beeva who served as Mickey’s sidekick for the next few years. A later strip saw Goofy buy a talkative and self-centered bird named Ellsworth who would become a major focus of the strip – sometimes even crowding Mickey out.

During the early 1950s, Mickey’s stories took a darker turn with the mouse often unwillingly mixed up in dangerous adventures beyond his control. Later on, as TV serials became more and more popular, King Features Syndicate requested that the strip become a gag-a-day strip once more. It remained in this format until 1990 when it once again featured adventure stories. In 1992, the Sunday page went into reprints and by 1994 it was only running in 30 newspapers. The daily strip officially ended on July 29, 1995.

While it has been 90 years since Mickey’s initial foray into comic strips, original art from throughout this run remains highly sought after by collectors. To this day, the landmark character of the empire that is Disney – in all his forms – continues to dominate the collectors market. As recently as August 2019, a piece of original art by Gottfredson and Al Taliaferro for the Mickey Mouse Sunday strip sold for $24,000 at Heritage Auctions.