Silly Rabbit! Trix Are For Kids 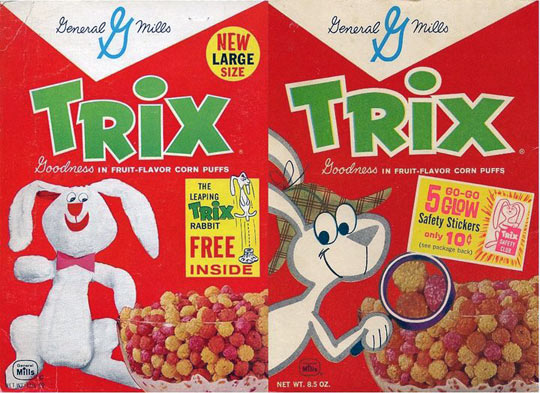 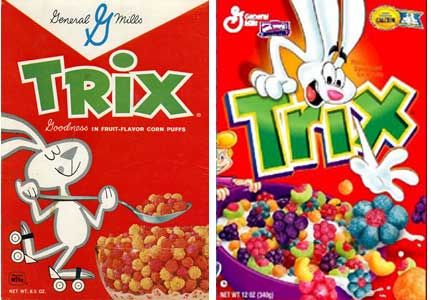 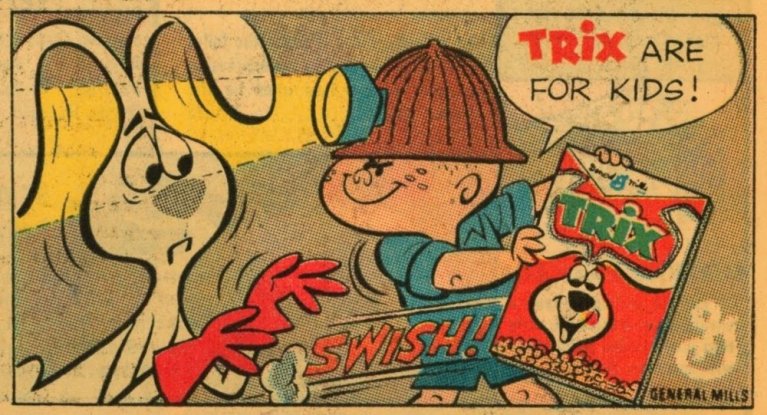 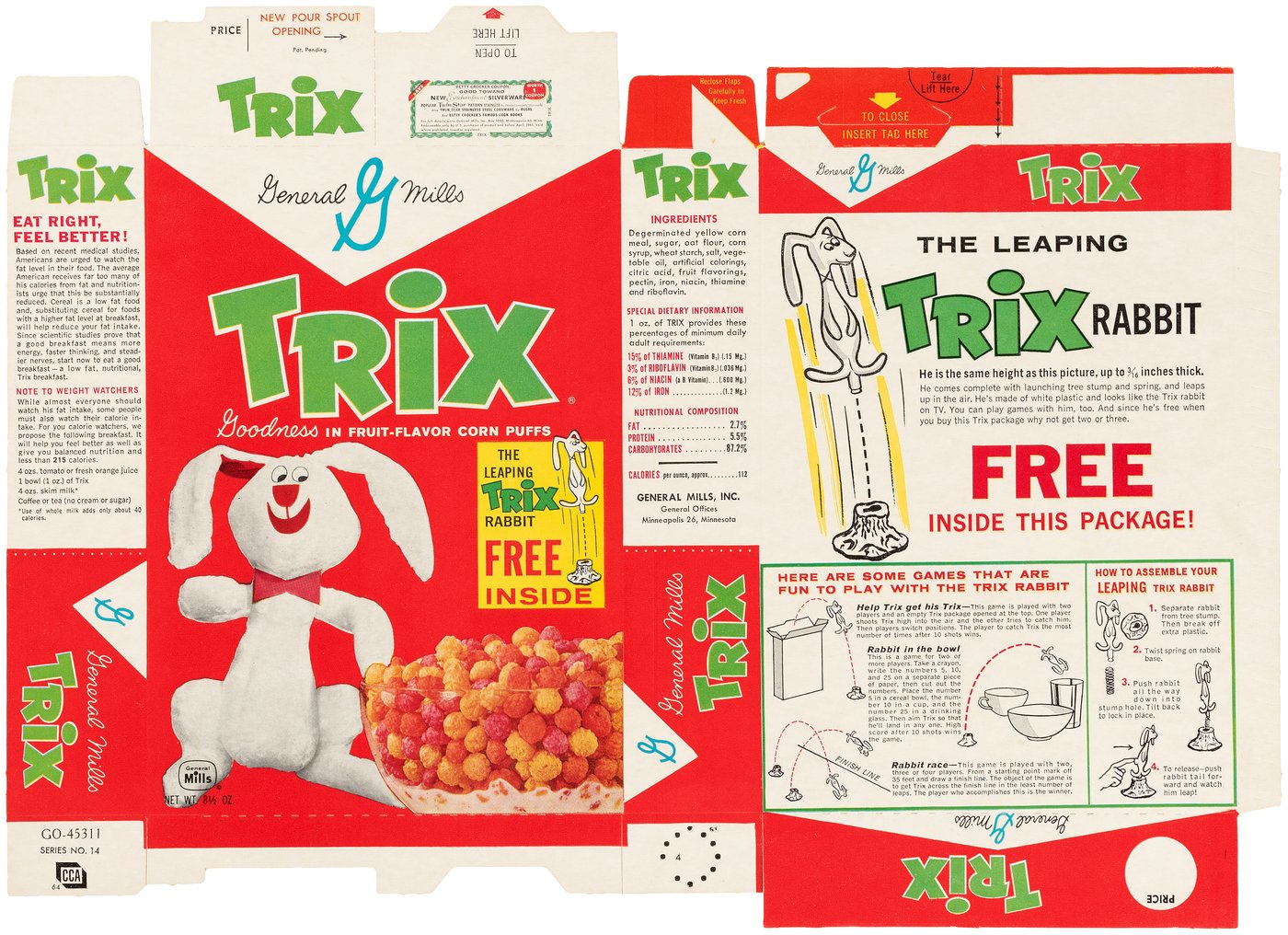 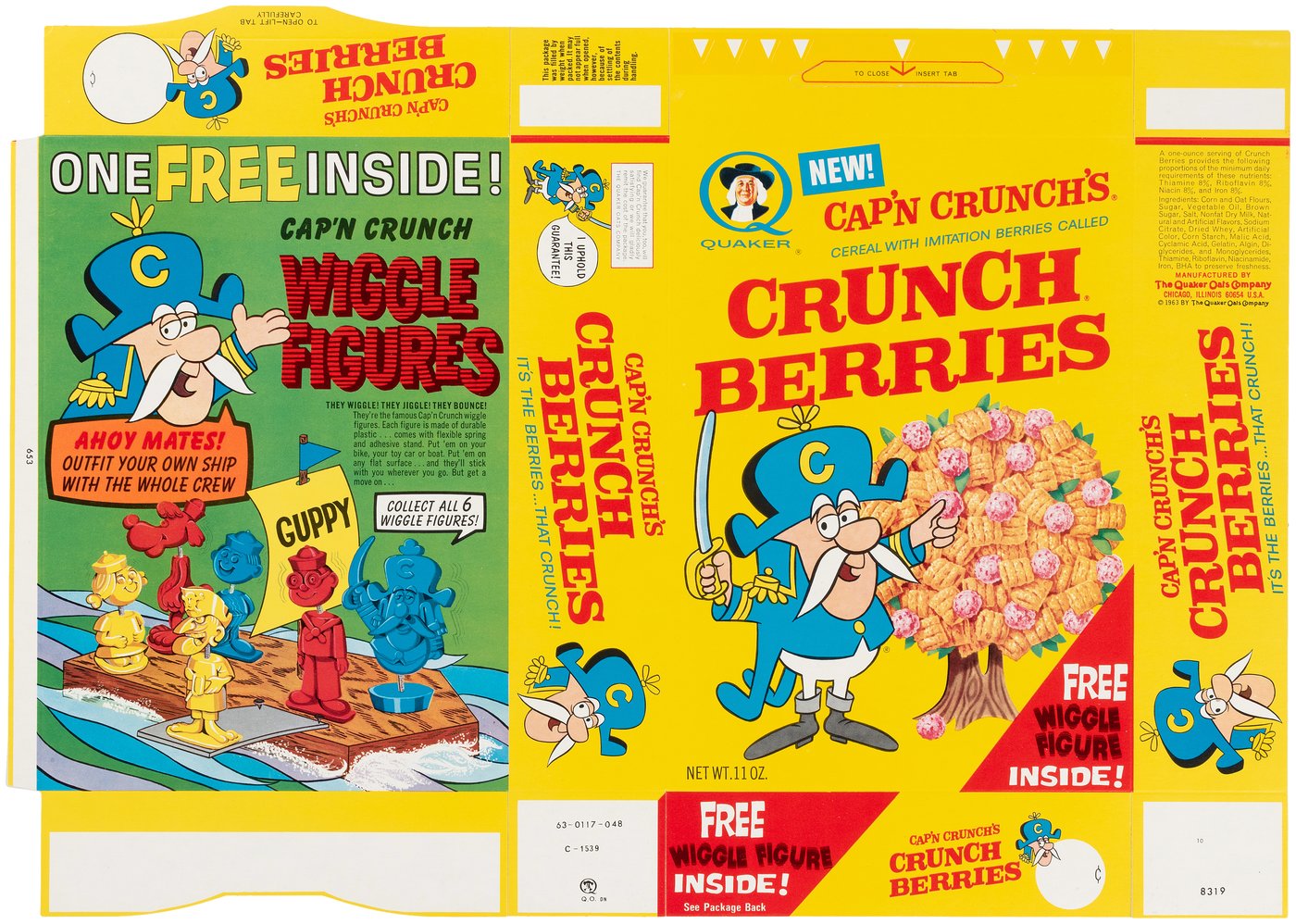 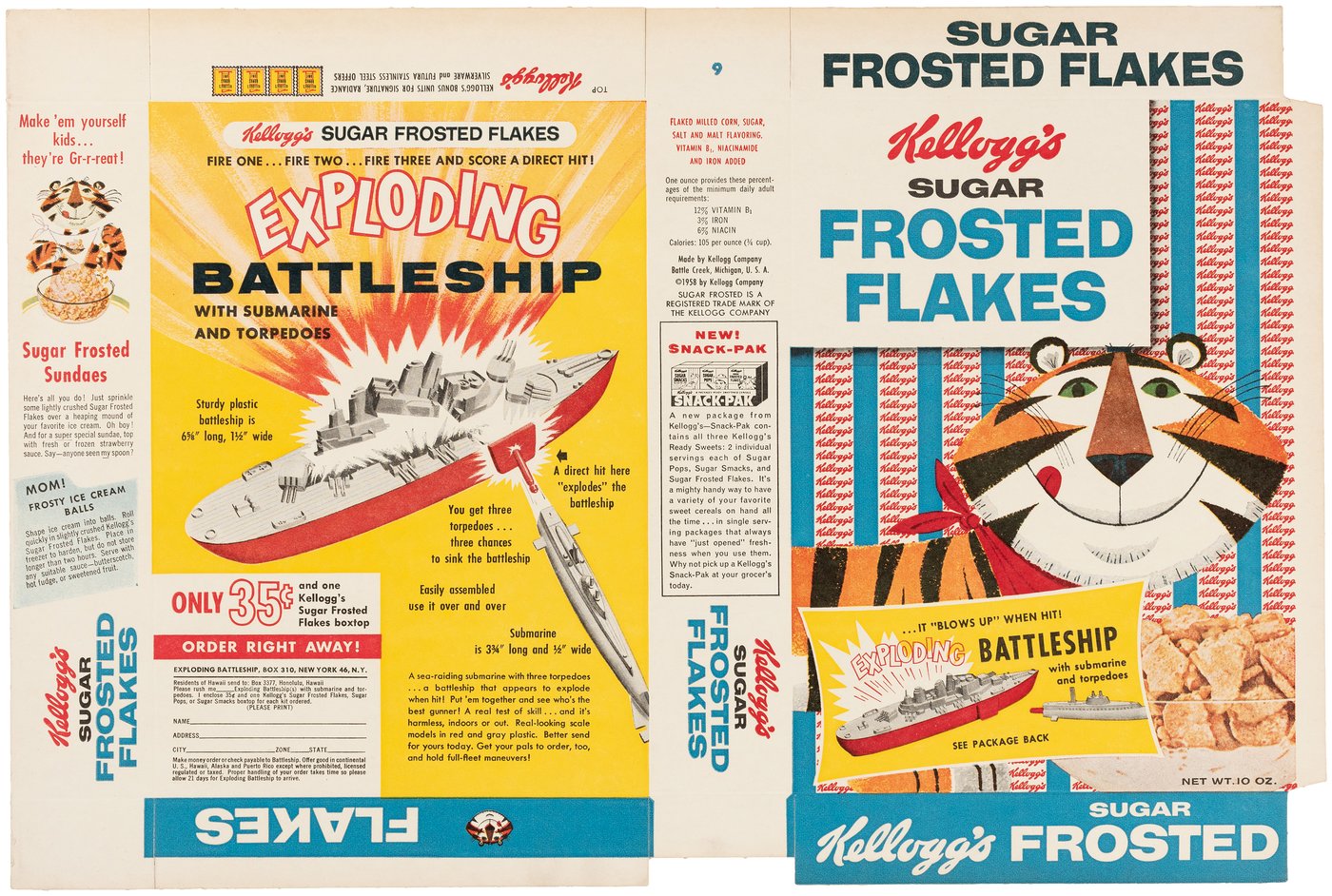 While the sugary spoonfuls and excitement of a “surprise prize inside” certainly keep kids (and adults) coming back for another bowl, the popularity of a cartoon mascot can also aid in the enduring shelf life of cereal. Among the most instantly recognizable and long-lasting mascots is the Trix rabbit.

Shortly after Trix’s market debut in 1954, General Mills began experimenting with a rabbit puppet as a potential mascot for the cereal. Joe Harris, an illustrator at the Dancer Fitzgerald Sample advertising agency at the time, eventually created the trademark animated Trix rabbit. Tricks, the Trix Rabbit, debuted in a television commercial in 1959. Voiced by Mort Marshall, and later by Russell Horton, the anthropomorphic cartoon rabbit is shown attempting to trick children into giving him a bowl of cereal. Tricks would burst onto the scene with enthusiasm, but would ultimately be discovered every time.

At the end of every commercial, the kids would reprimand him with the signature phrase: “Silly rabbit! Trix are for kids!” This tagline was also the creation of Harris. During the late 1960s and early 1970s, these ads sometimes closed with Tricks saying: “And sometimes for tricky rabbits!” Tricks did succeed in obtaining and eating Trix cereal on occasion, including three times as the result of a box top mail-in contest (1968, 1976, and 1980) titled “Let The Rabbit Eat Trix.” In 1991, Tricks also won a Tour de Trix Bicycle Race, of which the prize was a bowl of Trix. Many commercials saw the rabbit disguise himself to get the cereal, employing a series of diverse costumes. Once, Bugs Bunny even helped the rabbit in an attempt to get the cereal.

The rabbit’s popularity has continued to this day, but did you know you now have a chance to bring Tricks home? Hake’s current Auction #229 is offering a flat Trix cereal box from 1961 featuring an early Trix rabbit on the front with an image of the “Leaping Trix Rabbit” premium that was offered as a box insert.

Tricks is not the only popular cereal mascot crossing the auction block. Also on offer is a flat 1960s Cap’ N Crunch’s Crunch Berries cereal box with a back panel advertisement for the six “Cap’n Crunch Wiggle Figures.” The lot comes with three of the six premiums, a factory-sealed blue Cap’n Crunch, an orange Brunhilde, and a yellow Brunhilde.

Tony the Tiger makes an appearance on a flat Frosted Flakes cereal box from 1958 promoting an “Exploding Battleship With Submarine And Torpedoes” premium that was available for 35¢ and one box top. The back panel features a larger advertisement for the long plastic battleship with submarine torpedoes.