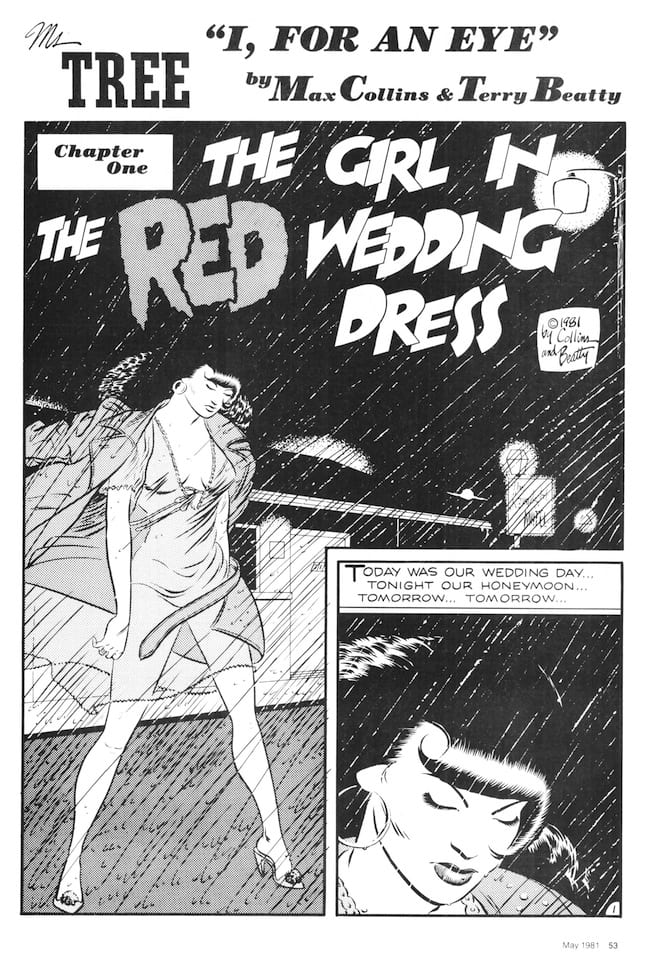 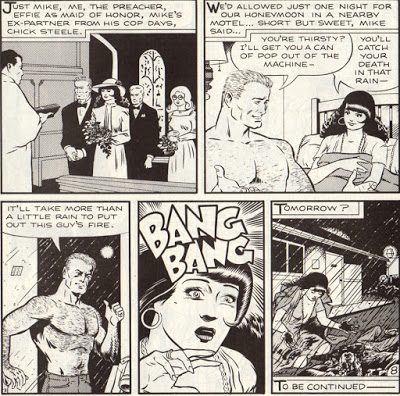 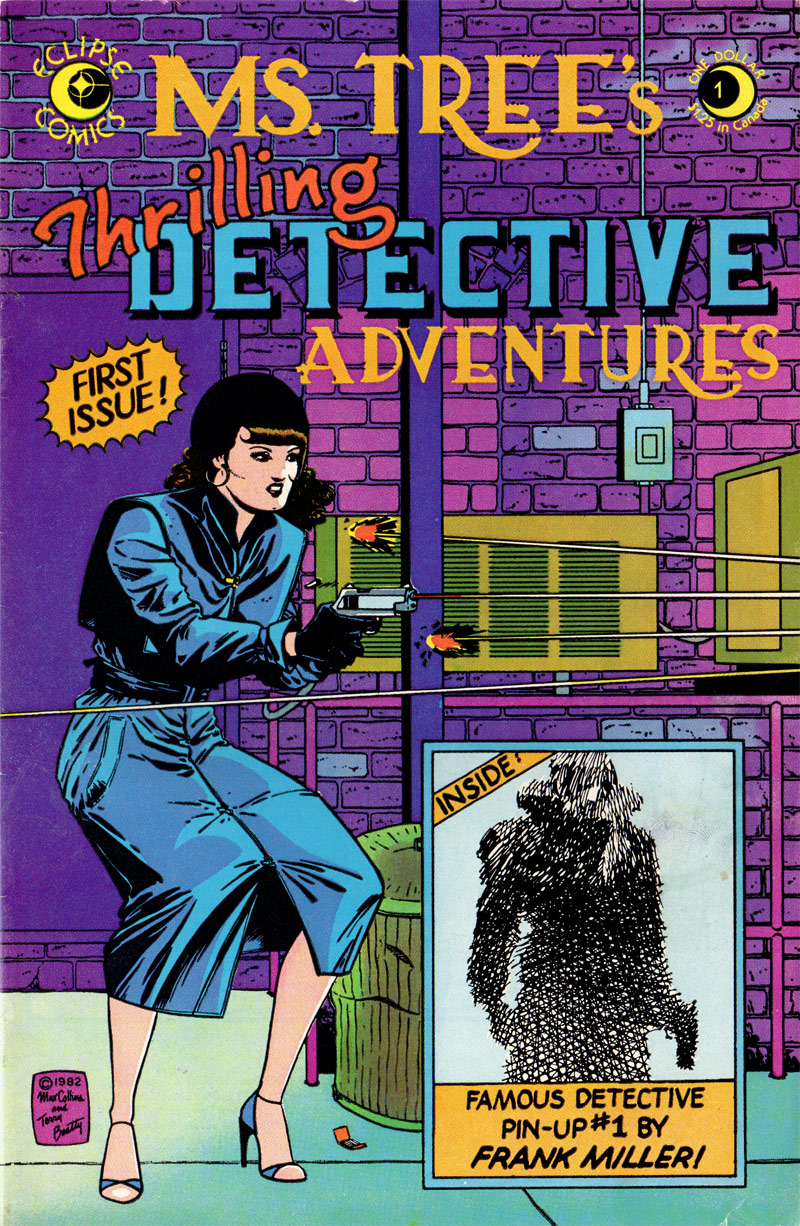 Noted mystery writer Max Allan Collins and artist Terry Beatty introduced readers to one mean mother of a private investigator in the pages of Eclipse Magazine in 1981. Michael Tree, better known as Ms. Tree, is a merciless crimebuster who takes over her husband’s investigation business after he is murdered. In her first case, the 6’ tall, 9mm-carrying brunette, captures her husband’s murderer and links the felony back to the Muerta organized crime family.

Ms. Tree is inspired by Velda, the kick-butt secretary in Mickey Spillane’s hit Mike Hammer series. The basic idea of Ms. Tree is: “What if Velda and Mike Hammer eventually got married, and on their honeymoon, he was murdered?” Ms. Tree is sharp, insightful, hard-nosed, somewhat caustic, and when called for, very deadly. The series primarily revolves around her vendetta against the Muerta family, with her methods often include deadly violence. The series also saw her face serious consequences for her actions, such as arrest, imprisonment, commitment to a mental hospital, and involuntary medication.

Ms. Tree also frequently dealt with mature, controversial topics, including homophobia, abortion, devil worship, child pornography, date rape, and incest, to name a few. Later stories saw her stepson Mike Jr. inadvertently fall in love with the daughter of the Muerta matron. The relationship eventually progresses to marriage, leading to a slight reconciliation between Ms. Tree and the Muerta family. Ms. Tree is later impregnated by an old flame and decides to keep the baby. This leads to a series of unique adventures with the detective fighting crime while dealing with a full-term pregnancy.

Since her debut in Eclipse Magazine, the tough as nails leading lady has been featured in Aardvark-Vanaheim, Renegade Press, First Comics, DC Comics, and Titan Comics’ Hard Case Crime imprint. But did you know, Hard Case Crime is releasing their second collection of five classic Ms. Tree comics?

Ms. Tree Volume 2: Skeleton in the Closet follows the private investigator through even more thrilling cases, as she races to solve crimes of passion, murder, and intrigue. No case is too small, no violence too extreme, just as long as it gets the job done. Written by Collins and illustrated by Beatty, this trade paperback will be available on July 21, 2020, for $24.99.