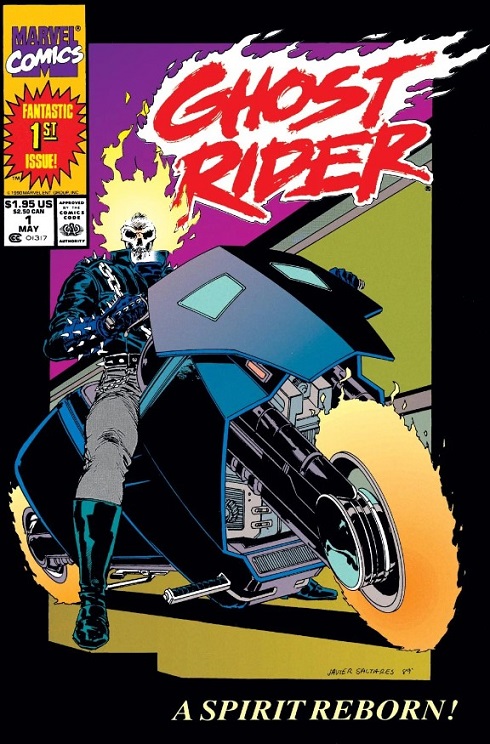 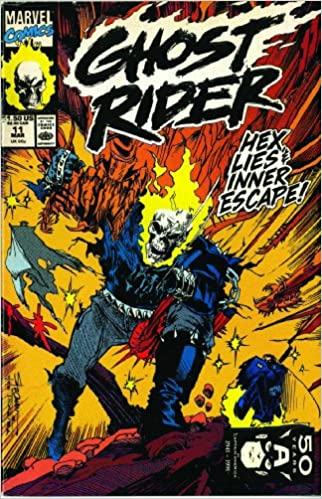 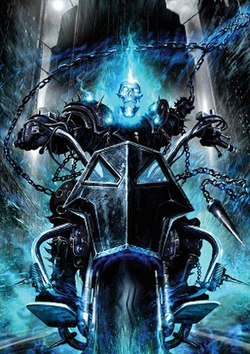 Ghost Rider has been cruising through comics for nearly 50 years, but the Spirit of Vengeance has not limited himself to one rider. In May 1990, the Spirit chose its third host via Brooklyn native Danny Ketch.

Created by Howard Mackie and Javier Saltares, Danny was introduced in Ghost Rider Vol. 3 #1 (May 1990) by means of a tragic story. He and his sister Barbara were the children of Barton Blaze (Johnny Blaze’s father) and Naomi Kale but widow Francis Ketch raised them.

On Halloween night Danny and Barbara decided to visit a cemetery so that they could take a picture of Harry Houdini’s grave. Unfortunately, they found trouble when they came upon a confrontation between two gangs: one that was led by Deathwatch and the other composed of Kingpin’s henchmen.

When the gangs started fighting Barbara made a noise in shock, alerting Deathwatch to their presence. One of Deathwatch’s thugs shot her in the chest with an arrow, so Danny carried her to a nearby junkyard. Frightened for his unconscious sister and covered in her blood, Danny hid them from Deathwatch’s gang. It was then that he noticed a motorcycle with a glowing gas cap and when Danny touched it with his blood covered hand, he transformed into Ghost Rider. Danny became the Spirit of Vengeance on a mission to seek revenge against those who hurt innocent people.

As Ghost Rider, Danny confronted and tortured Deathwatch’s henchmen but was interrupted when the police finally arrived. He left Barbara’s body behind and road off on the flaming motorcycle, eventually turning back to Danny. Barbara was taken to the hospital for treatment but Blackout killed her after he learned Danny’s identity because Ghost Rider had burned his face and he wanted revenge. Danny was then joined by his friend Jack D’Auria to fight Deathwatch for what he had done.

Once Danny became Ghost Rider, he gained the power to project regular and ethereal flames, a magical chain and a flaming motorcycle. He also achieved superhuman strength and durability and the ability to travel between different realms. Using these abilities he continued to avenge those who had been harmed as the Spirit of Vengeance.