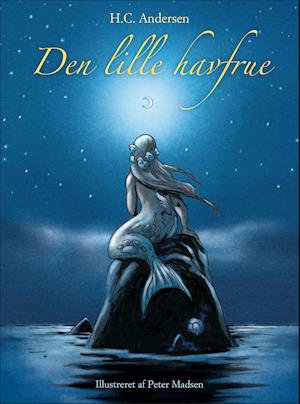 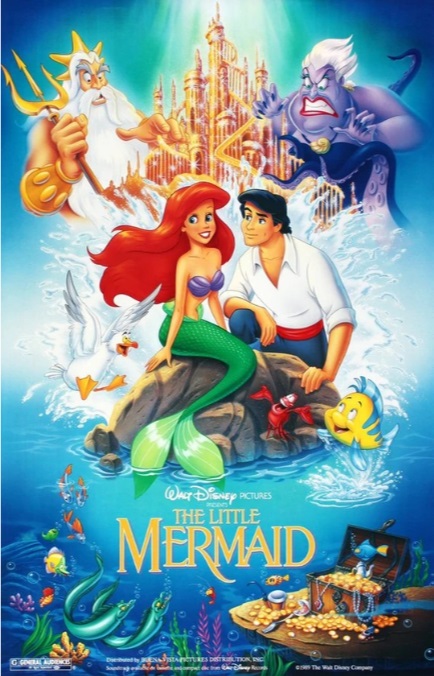 Den lille havfrue was written in 1836 by Danish writer Hans Christian Andersen, who is now famous for his fairy tales. This tale would go on to become one of the most popular and beloved stories of all time: The Little Mermaid.

However, the Disney version with the happy ending is not quite true to the original. In both, the main character is a beautiful mermaid princess with an enchanting singing voice. In the original, this mer-princess is never named; from the Disney film, we all know and love Princess Ariel.

When the princess ventures to the ocean’s surface one day, she catches a glimpse of a handsome prince aboard a ship, instantly falling in love. A storm quickly brews causing the ship to wreck and the mermaid rescues the prince, dragging him to shore. The princess returns to her home beneath the waves, but longs to be a part of the human world and be loved by her prince. Finally, she goes to the Sea Witch and trades her beautiful voice for a potion that gives her legs. Of course, the potion is cursed, and the princess must gain the love of the prince and marry him, or she will be doomed. In Andersen’s story, the mermaid suffers greatly for the love of the prince, and in the end, he marries the princess from a neighboring kingdom. Distraught, the mermaid considers stabbing the prince to save her own fate, because if the prince is dead, she will be free to return to her life under the sea. But she can’t bear to do it, and instead, throws herself into the sea and in death, becomes a spirit of the air.

The happy ending of the Disney version is preferred by many. Though the Sea Witch, Ursula, uses Ariel to seek revenge upon her father, King Triton, and aims to sabotage Ariel’s dream of marrying Prince Eric, the film ends with the marriage of Eric and Ariel, and of course, the kiss of true love, which cements Ariel’s state as a human.