A Field of Debrii 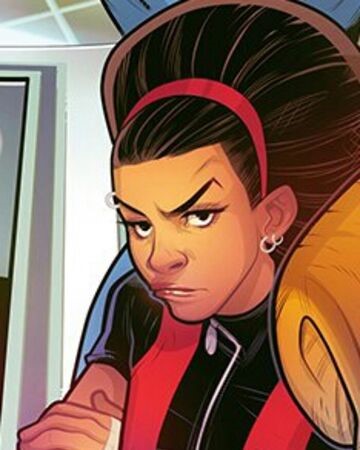 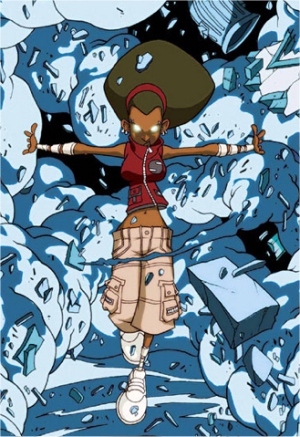 Debrii is the superhero handle of Deborah Fields, a low level telekinetic magnet, in Marvel’s universe. She can pull large objects to herself and can manipulate multiple objects at the same time. Debrii uses the debris around her to protect herself from being attacked, which has included using scrap metal to create a shield.

A creation of Zeb Wells and Skottie Young, Debrii debuted in New Warriors Vol. 3 #4 (November 2005). She was introduced when the New Warriors were starring in a reality series as a way to shake up the team and make their show more entertaining. She came in with an abrasive personality and antagonistic demeanor, often locking horns with Namorita and Microbe.

When the Civil War event took place, Debrii’s secret identity was outed by a New Warriors hate website. After Black Goliath was killed by a Thor clone, she joined Captain America’s Secret Avengers.

She has been a member of several teams, including the Initiative program, the Counter Force, and a fresh incarnation of the New Warriors. During Fear Itself, she and other heroes fought Juggernaut who had morphed into Kuurth: Breaker of Stone and battled Thor Girl when her powers were changed.