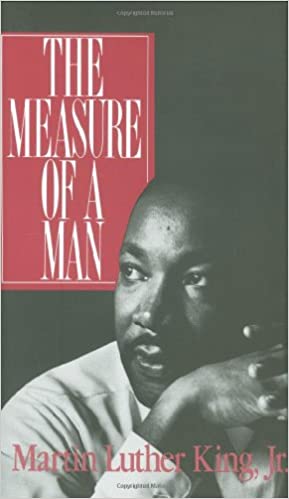 As a passionate, loving man, Martin Luther King Jr. gave people hope for a better future, while continuously fighting for a better today. One of the most important methods he used in the fight against racism was nonviolence.

King believed the nonviolent approach was the most effective way to gain equality and better circumstances for African Americans. He saw three ways to deal with injustice: accept it, use brutality, or employ nonviolent resistance. Considering the latter to be the best choice, he believed that it did not adhere to inferiority nor did it cause more problems by being violent. King thought that people would be more willing to stop oppressing if their own morals and ethics were being challenged. As a Baptist pastor, King followed the teachings of Jesus Christ, amongst those that we are to love those who hate us. While King may not have loved those who hated him, he did not physically harm them. He preached that combining agape love, meaning unconditional, with nonviolence would produce change. This included civil disobedience by ignoring laws that African Americans found unjust, but accepting the consequences for those actions, as well organizing boycotts, marches, and buying campaigns.

The first time King used the nonviolent approach was the Montgomery Bus Boycott in 1955. For over a year African Americans did not use the buses because they opposed the racial segregation used by the busing system. While the boycott took place, King constantly reminded people to remain nonviolent as an act of love. The boycott was a success, though not because whites accepted the love, but because the business and money of blacks was needed. Media coverage boomed over the nonviolent Montgomery Bus Boycott. By being shown as nonviolent, African Americans were getting closer and closer to attaining their goal of equality. Then, on November 13, 1956 the Supreme Court ruled in the Gayle v. Bowder case that segregation on buses was unconstitutional. The landmark event paved the way for the passage of future civil rights laws.

Martin Luther King Jr. was an incredible activist and freedom fighter. His life and legacy are part of what makes the United States the country that it is.