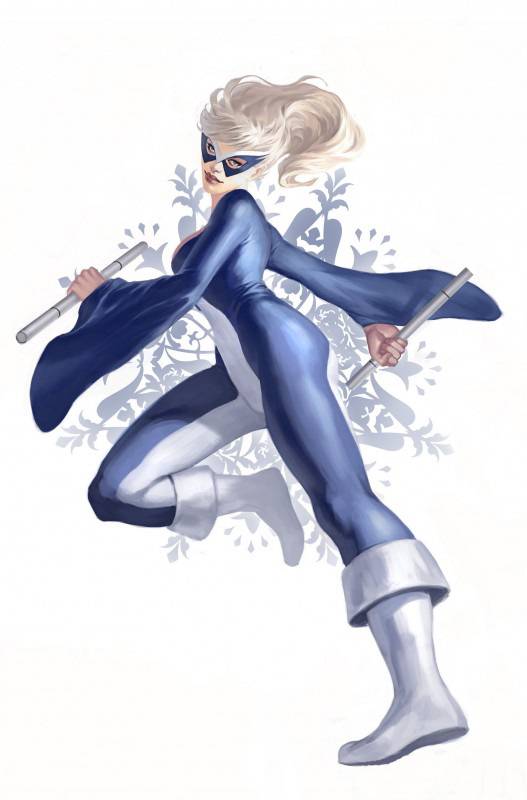 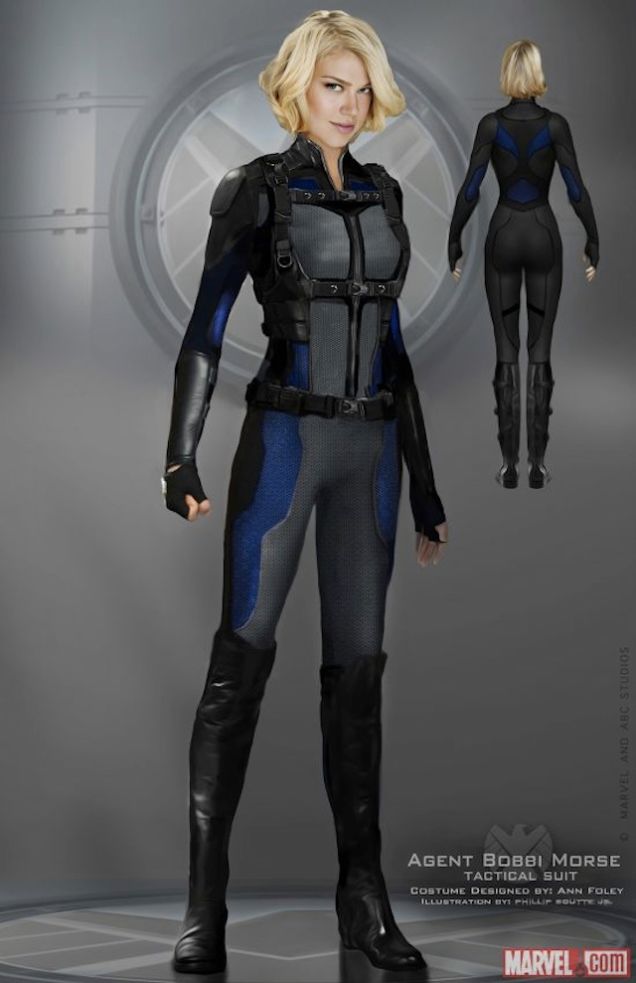 Barbara “Bobbi” Morse, created by Gerry Conway and Barry Windsor-Smith, made her first appearance 50 years ago in Astonishing Tales #6 (June 1971). She has a Ph.D. in biology and worked to rediscover the Super-Soldier formula that created Captain America. Her outstanding record while working with the government led to a position with S.H.I.E.L.D. Along with intelligence, she had athletic prowess from her time as a gymnast, and she excelled in her espionage education.

In her early days as an agent, Dr. Ted Sallis (better known as Man-Thing), a scientist who also worked on the Super-Soldier project, was kidnapped. Morse was given her first assignment in the field, joining agent Paul Allen to search for Ka-Zar, a hero they hoped would help find Sallis. Though they did not find Sallis, Morse and Ka-Zar found a splinter group called AIM (Advanced Idea Mechanics) trying to steal the Super-Soldier formula. Continuing to work together, they stopped AIM again, cementing Morse’s plans to be a field agent rather than working in the biology lab. She became known as Mockingbird in Marvel Comics in the late ‘70s.

During the Bronze Age she teamed-up with Hawkeye, who she married, which connected her to the Avengers. In the early ‘80s she joined the West Coast Avengers, coinciding with a breakdown of her relationship with Hawkeye. In Avengers West Coast #100 it appears that she has died, but it is later revealed that she had been abducted and a Skrull was put in her place to appear dead. Since then she returned as a member of the New Avengers.

Off the page, Bobbi was a recurring character on Agents of S.H.I.E.L.D., played by Adrianna Palicki, and Elizabeth Daily voiced her in The Avengers: Earth's Mightiest Heroes animated series. Mockingbird has also been a playable character in multiple Marvel video games.