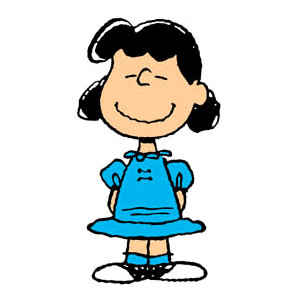 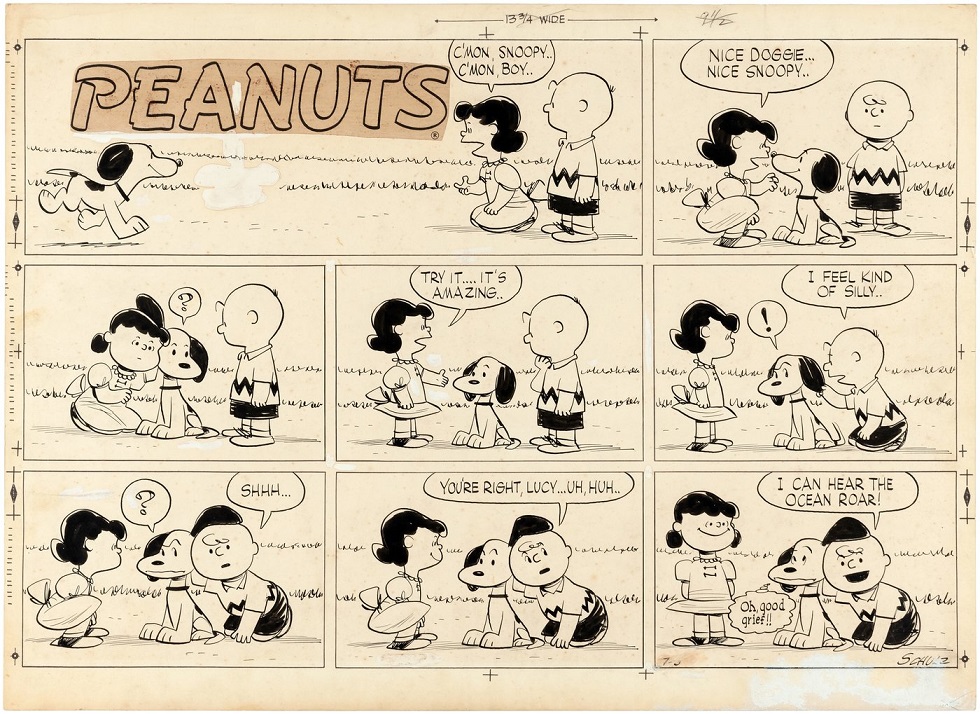 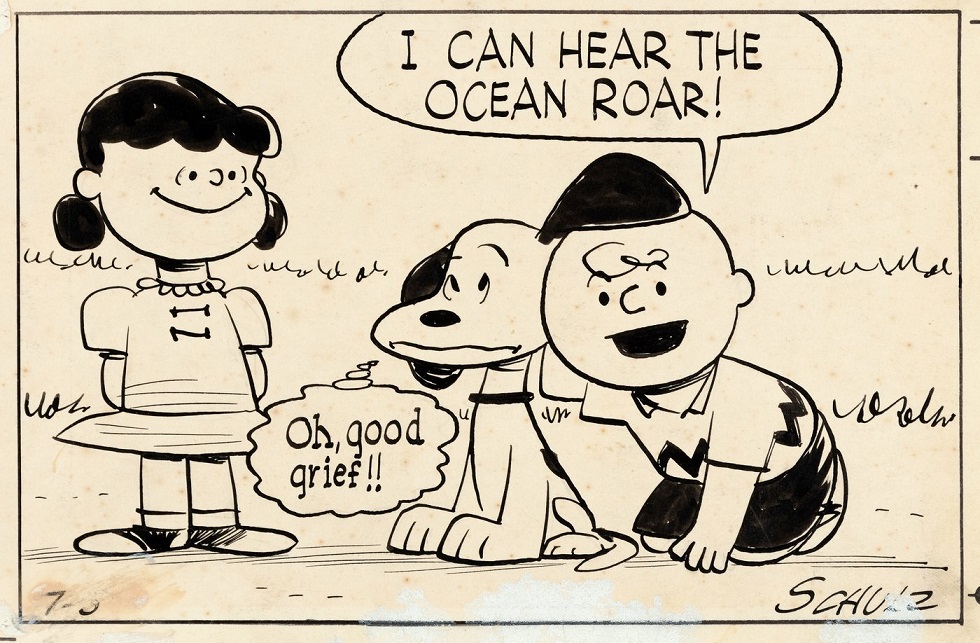 Charles Schulz created a gang of likeable kids in his Peanuts comic strip, and one who does her best to keep the rest humble. Lucy Van Pelt regularly intimidates and teases Charlie Brown and her younger brother Linus, but despite her penchant for tormenting Charlie Brown, she does care about him.

Lucy was named after Schulz’s former neighbor Louanne Van Pelt and debuted on March 3, 1952. She was introduced as a wide eyed toddler who annoys her parents and older kids on a regular basis. By 1954, she reached the same age as Charlie Brown. Lucy wore a blue dress and socks with saddle shoes up to the late ‘70s when Schulz started drawing her in pants and shirts to match contemporary style.

One of Lucy’s regular comic strip gags is to pull a football away from Charlie Brown at the moment he’s about to kick it. The first time she made the move was on November 16, 1952, because she did not want Charlie to get the ball dirty. It became a tradition with Schulz drawing one almost every year of the strip’s run.

During one memorable story in 1979, Charlie Brown ends up in the hospital and Lucy is so worried about him that she vows to let him kick the football in the future. Once he’s feeling better, he makes her keep the promise, but when Charlie tries to kick the ball he misses and kicks Lucy’s hand instead.

Charlie Brown and Lucy have starred in many classic strips, including the Peanuts July 3, 1955 Sunday page original art by Charles Schulz that is in Hake’s current auction. The 17-1/8” x 23-5/8” artboard features eight panels with pen and ink art. In the strip, Lucy and Charlie Brown take turns listening into Snoopy’s ears before Charlie Brown claims that he can “hear the ocean roar” before Snoopy thinks “Oh, good grief.” This piece is notable for the fact that all three characters appears in all eight panels. Schulz signed and dated the last panel.