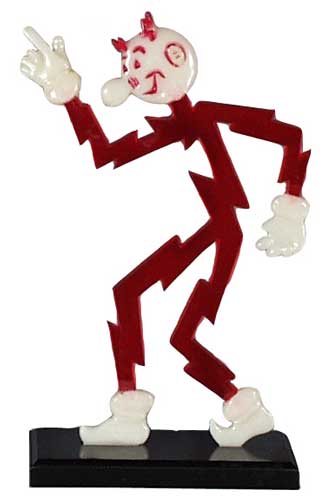 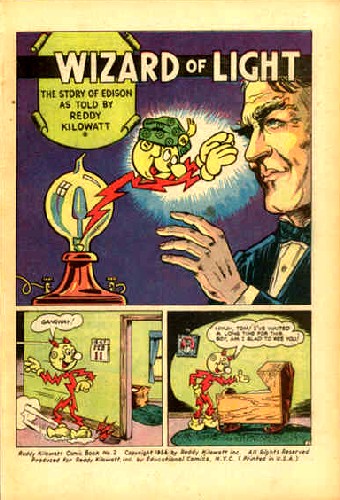 Ever seen a lightning bolt wear white socks and gloves? Neither had anyone else until 1926, when Alabama Power Company breathed life into Reddy Kilowatt.

In search of some way to endear the public to the idea of household electricity, the company realized it would need a lovable, talented and... well, electrifying mascot. And that's where Reddy came in. With lightning bolt torso and appendages, a strobelight for a head, a light bulb for a nose and wall sockets for ears, Reddy represents all things electro.

Unlike many company mascots, Reddy was no label snob. His loyalties went far beyond the state of Alabama. He was an electroman of the people. And his inability to be pigeonholed under the guise of brand loyalty made him the first “spokestoon” to be licensed by over 200 companies. Philadelphia Electric Company was the first to license him from Alabama Power in 1926.

Over the years, Reddy has gone above and beyond the call of duty. He has not only warmed the hearts of adult consumers, but also got kids to play with electricity. In the 1950s, Reddy was the star of his own comic book, The Mighty Atom, which was used alongside instructional filmstrips, to educate children about fire and electricity safety. His image has also adorned many collectibles, such as a 1961 glow in the dark plastic figure, now worth $135; a 1938 early silvered metal badge, worth $150 and a 1940 glass bubble bank with wood base, which could fetch the savvy collector nearly $500.

At the height of his popularity in 1951, Reddy faced his first challenger, Willie Wiredhand of National Rural Electric Cooperative. But in the end, only Reddy Kilowatt retained his title as the crown prince of electricity advertising.

In 1998, Northern States Power Company acquired the rights to Reddy and have since created a subsidiary in his honor, the Reddy Kilowatt Corporation, which handles his toon affairs. Northern States is responsible for the recent emergence of Reddy Kilowatt's brother, Reddy Flame, a cute little caricature for natural gas.