Saturday, September 25, 2021
Scoop is a totally free e-newsletter, produced for the benefit of the friends who share our hobby!
Home 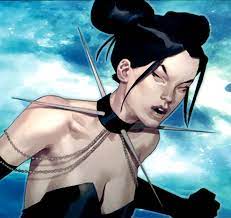 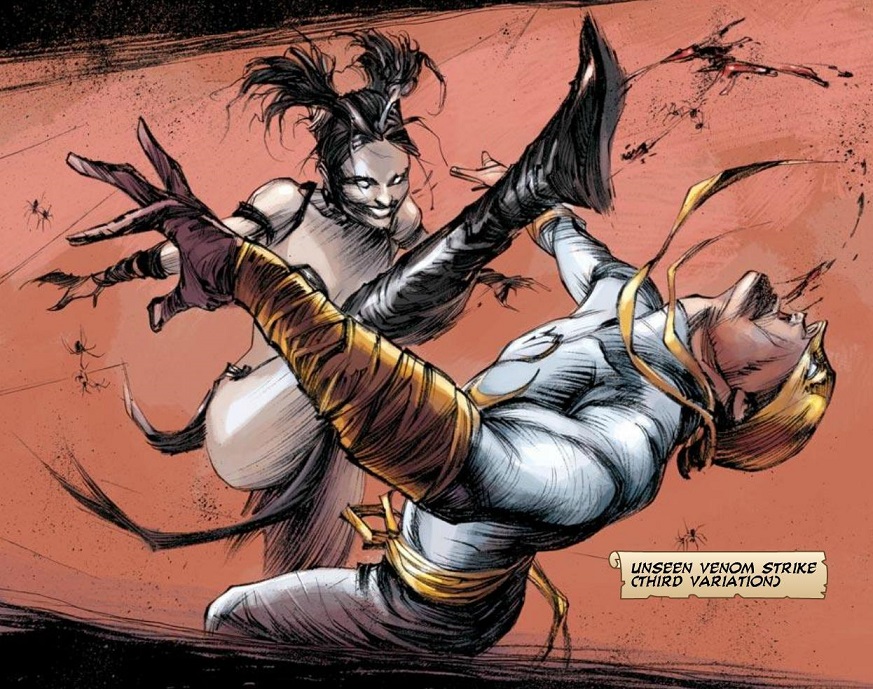 The Bride of Nine Spiders is a mercurial Marvel character with little patience for those who cross her. She is tasked with protecting Nepal’s Kingdom of Spiders, and like the other Immortal Weapons, she is skilled at chi manipulation by harnessing her spiritual energy.

She is a very resourceful figure who can control spiders telepathically and release swarms of venomous spiders from her chest or mouth to subdue her enemies. The Bride of Nine Spiders can control her own nervous system, giving her an advantage during fights since she can essentially turn off her pain receptors, slow the rate at which she bleeds, and resist poison. Additionally, she can sense threats, communicate with others through dreams, use chi to heal wounds and protect herself from energy attacks. On top of all that, she is a martial arts master and knows how to use many types of weapons.

Ed Brubaker, Matt Fraction, and David Aja created the Bride of Nine Spiders and introduced her in Immortal Iron Fist #8 (October 2007). Desmond Guille found the Singing Spider and used it to summon and then imprison her. A group of thieves who were also seeking the Singing Spider unintentionally freed her. She took revenge on Desmond, showed mercy to the thieves, and kept the Singing Spider for herself.

In another story, the Murderous Lion held a tournament to determine who should be her mate because her beauty attracted many potential partners. Bride of Nine Spiders was insulted by his actions and made it clear that she thought becoming someone’s mate because he won a tournament was ridiculous. She responded by challenging Murderous Lion to a fight and though he was a skilled combatant she killed him in the battle.

Her most recent appearance was in Iron Fist: Heart of the Dragon when ancient dragons that power the Heavenly Cities were being killed.