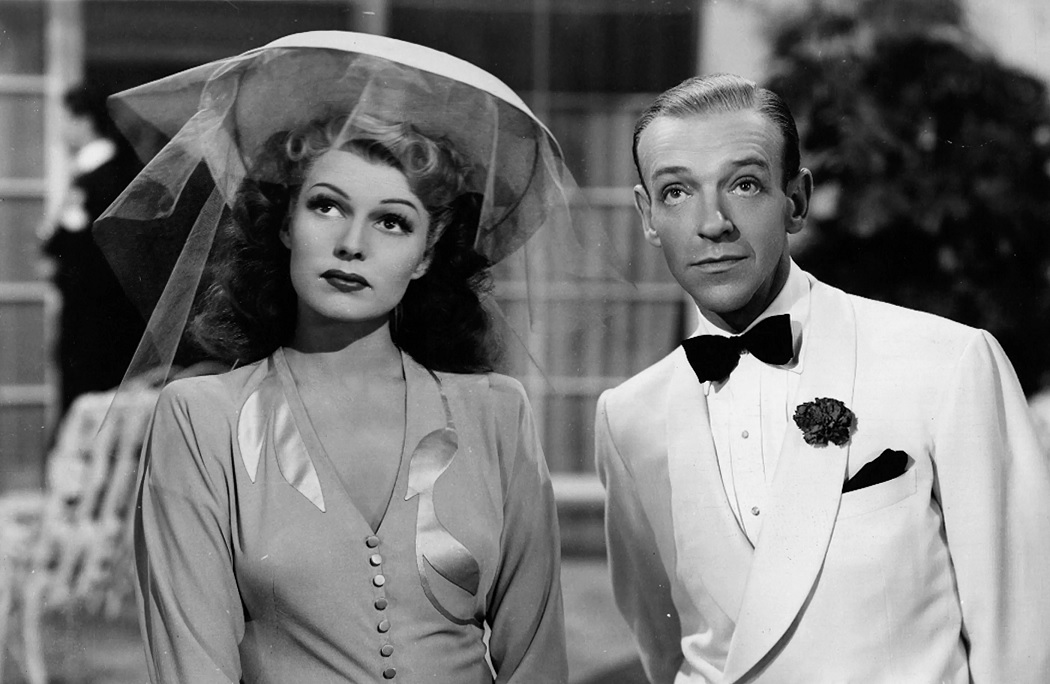 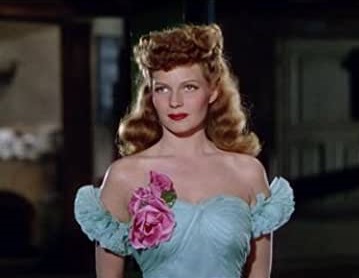 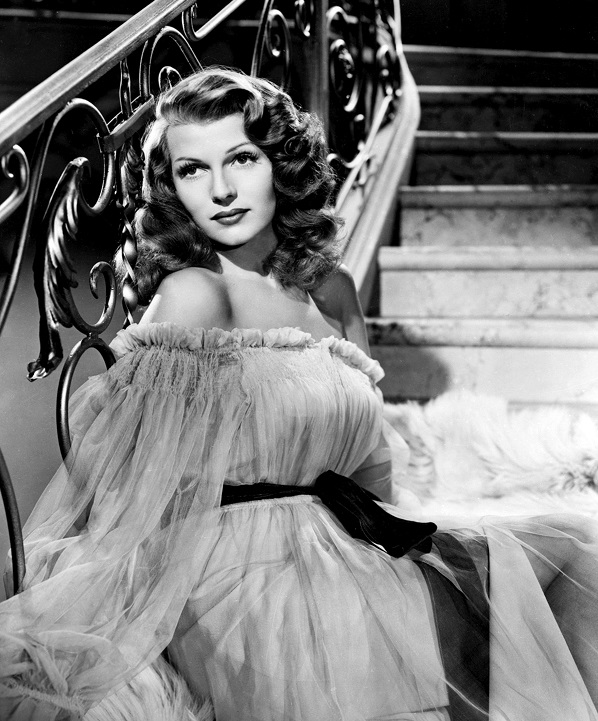 The great silver screen siren Rita Hayworth is considered one of the most iconic women in American cinema’s history. Known as The Love Goddess and/or The Great American Love Goddess, Hayworth enjoyed a long and illustrious career in Hollywood.

Born Margarita Carmen Cansino in 1918, Hayworth’s ethnicity was traced to Spanish and Irish roots. She got an incredibly early start in entertainment, performing by age six with the popular vaudeville act, the Cansinos, a troupe of Spanish dancers. She remained with the family group until she was discovered at 16 and signed to Fox Studios in 1935.

An illustration of her appeared on the cover of the November 10, 1941 issue of Time magazine, in a thigh-revealing black ball gown, striking one of her famed dancer poses.

Hayworth’s most famed films include 1941’s You’ll Never Get Rich and 1942’s You Were Never Lovelier (both with Fred Astaire), 1942’s My Gal Sal, 1944’s Cover Girl with Gene Kelly, and 1946’s Gilda, which cemented her in the minds of American moviegoers as a bona fide bombshell.

She formed her own production company, The Beckworth Corporation (named for her daughter Rebecca), and in 1948 co-produced The Loves of Carmen with Columbia Pictures. It would be the latter company’s largest grossing film of that year.

She is said to have suffered from a significantly early onset of Alzheimer’s (reports trace it back to 1960, when Hayworth was only 38). She continued to work into the 1970s before the illness became severe. She passed away in 1987 from complications related to Alzheimer’s.