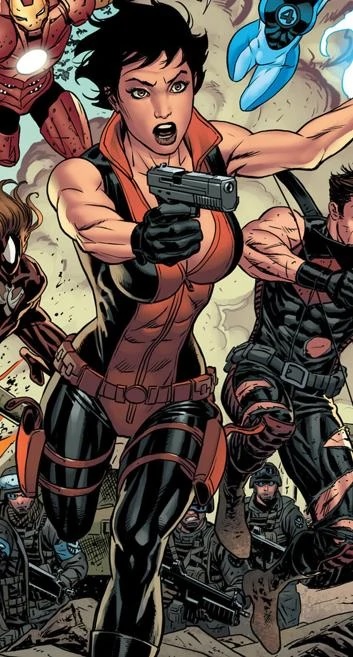 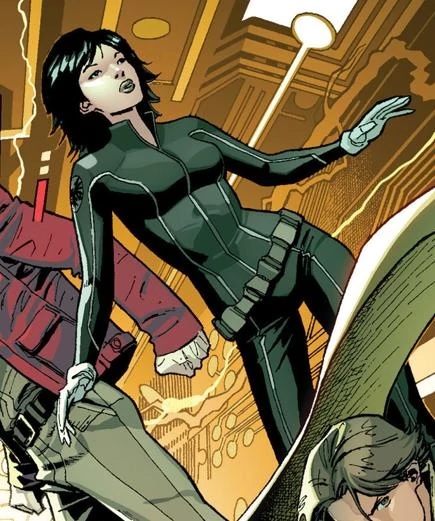 Monica Chang is a relatively new hero who joined Marvel in Ultimate Comics: Avengers #3 (December 2009). A Mark Millar and Carlos Pacheco creation, she originated in the Ultimate Marvel universe before joining Earth-616. She was the second character to use the codename, Black Widow, bolstered by her athletic abilities, enhanced healing factor, and psychological defenses.

Monica has worked with the Avengers, despite her contempt for former husband Nick Fury. She joined War Machine and Red Wasp to fight the Red Skull, stopped a vampire infestation, and helped keep the Punisher in check. Monica moved over to the New Ultimates with Captain America, Iron Man, and Thor to stop their former teammates who they thought were selling government secrets, which was actually a conspiracy led by Gregory Stark.

Following a nuclear attack in Washington, DC, Monica stopped Mentallo during the conflict and was named the new director of SHIELD. In her new role, she stopped Hydra terrorist cells, thwarted a corrupt politician’s conspiracy machinations, and dealt with other political issues. She worked with the FBI and was presumed killed by Green Goblin.

Monica joined Earth-616 in Avengers A.I. as the chief of SHIELD’s A.I. division. She and Hank Pym collaborated to stop Dimitrios, then they formed Avengers A.I. with Vision, Victor Mancha, and Doombot. Together they stopped SHIELD drones that had been hijacked and sent to attack a hospital. Monica also saved the universe by stopping an LMD that had been infected with a virus.