The Deduction of Detective Chimp 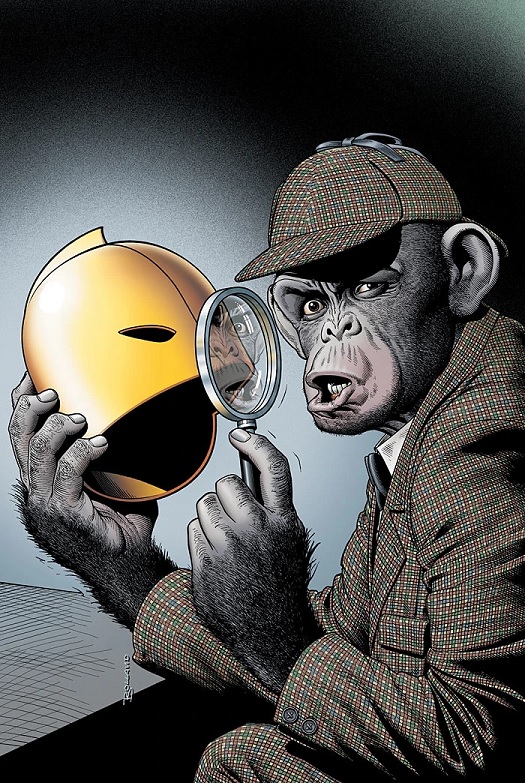 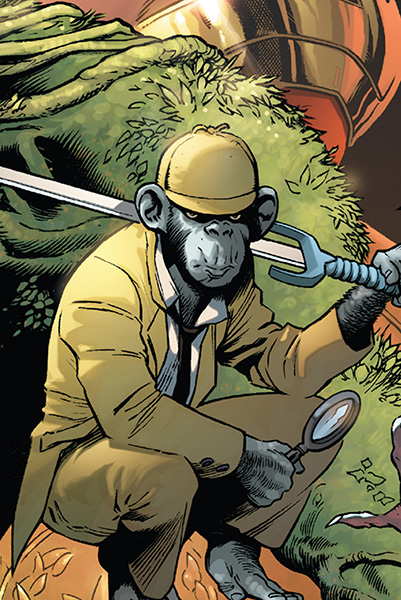 Detective Chimp is a chimpanzee who dresses like Sherlock Holmes and is a skilled investigator, a swordsman and marksman, and he can speak to all animals. Created by John Broome and Carmine Infantino, he was introduced in Adventures of Rex the Wonder Dog #4 (July-August 1952).

Detective Chimp, aka Bobo, has had a few origins over the course of his 70 years in comics. First, he was a trained chimpanzee who helped solve the murder of his trainer, Fred Thorpe, and became a sort of mascot for the local sheriff. In a 1989 issue of Secret Origins, his intelligence was a result of experimentation by a microscopic alien race.

In Day of Vengeance, Bobo was captured by Fred Thorpe and trained to be an act in a carnival. While being trained to answer detective questions through signals and rewards, Bobo bonded with Fred. During a trip to Florida, Rex the Wonder Dog took Bobo to the Fountain of Youth where he learned how to speak to humans and other creatures.

Now that Bobo could communicate better and his intelligence was enhanced, he was able to solve a murder during the sideshow act. After that, he worked with the Bureau of Amplified Animals, and once Fred died, he opened his own detective agency.