Archer & Armstrong: The Best of Buddies 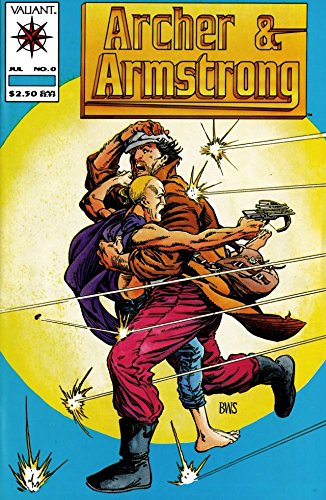 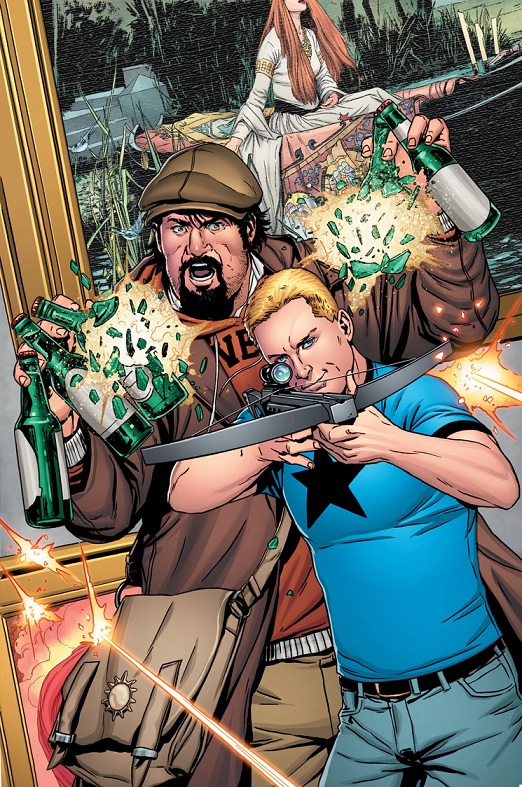 Valiant’s unlikely best buddies are celebrating their 30th anniversary in comics. Archer, the skilled fighter, and Armstrong, the immortal partier, were created by Jim Shooter, Bob Layton, and Barry Windsor-Smith and introduced in Archer & Armstrong #0 (July 1992).

Armstrong was born Aram Anni-Padda thousands of years ago to a warrior named Vandal and a mother who died giving birth to him. When a tribe attacked their village Aram, his brother Gilad (the future Eternal Warrior), and Vandal fled their home.

Aram and Gilad soon learned that they were immortal and possessed superior physical abilities. They joined a new tribe and fought the Mesopotamians, then Aram decided that being a warrior wasn’t the life he wanted. Instead, he turned to a life of pleasure, drinking, and adventure, renaming himself Armstrong.

Obadiah Archer was raised by a minister and his wife, but learned that they were kidnapping and assaulting children. They tried to kill him by lighting their house on fire and he vowed to God that if he survived, he’d bring his parents to justice. After he was rescued, Archer traveled to a Buddhist monastery in Ladakh to learn how to fight. He showed a natural ability to learn martial arts and talent with a bow and arrow, then returned to the US to find that his parents had been arrested for their crimes.

Now living aimlessly, he met Armstrong who regaled him with stories about being an immortal adventurer. Archer then met Mahmud and the Sect, a group that has been hunting an enemy they call “He Who Is Not To Be Named” for over 2,500 years. Archer joined the group on their quest, but learned that their target is Armstrong, they are actually an evil group, and they have members all over world.

Archer & Armstrong were captured by the Sect and briefly imprisoned. After they broke free, the duo traveled around Europe, taking on the Sect and other dangerous enemies.