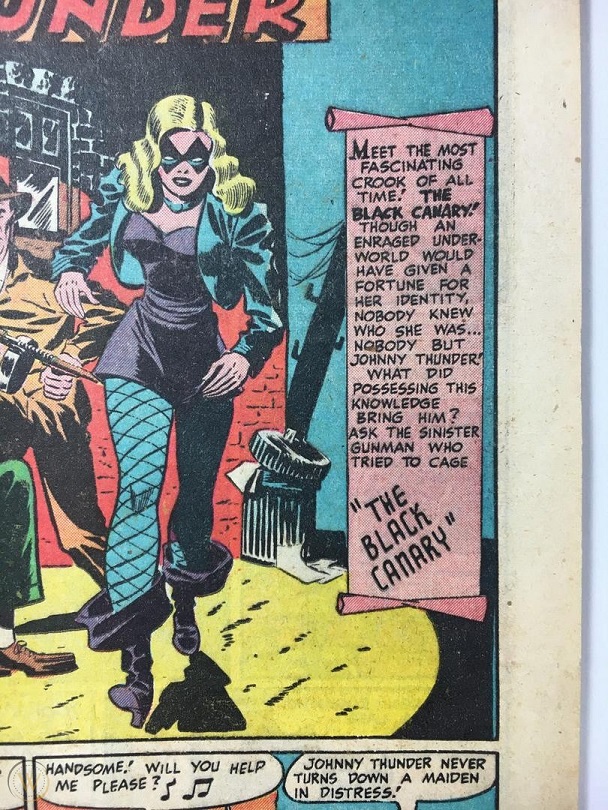 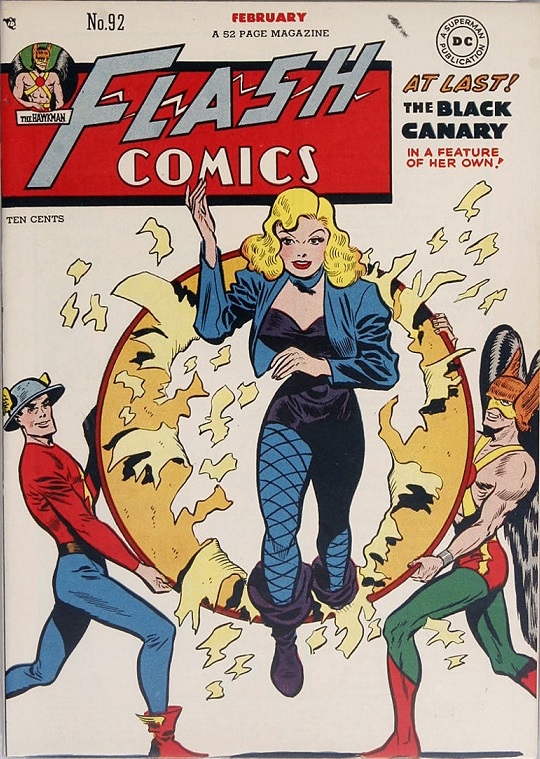 DC’s first Black Canary, Dinah Drake, made her debut 75 years ago in Flash Comics #86 (August 1947) as a supporting character in the Johnny Thunder story. Created by Robert Kanigher and Carmine Infantino, she was originally portrayed as a villain until it was revealed that she had infiltrated a criminal gang to take them down.

A few months later in Flash Comics #92, she introduced as a florist who fell in love with Gotham police detective Larry Lance. After meeting the Justice Society of America in All Star Comics #38, she joined the team, and took down villains like the Carno and His Masked Riders (a criminal circus act) and the Sacred Order of the Crimson Crystal.

Throughout her 1960s storyline, Dinah and the JSA found themselves on a parallel Earth-Two where she married Detective Larry Lance. After Larry was killed in an unfortunate accident, Dinah followed the Justice League of America back to her Earth.

It was there that Dinah discovered she had acquired sonic powers with an ear piercing scream she dubbed her canary cry. Interestingly, this Canary was the only Golden Age/Silver Age hero to have been on both the JSA and the JLA. She continued appearing as a supporting hero, joining Green Arrow in his Action Comics backup stories, with Batman in The Brave and the Bold and Superman in DC Comics Presents, along with her own backup stories in World’s Finest Comics.

It was revealed that she and Larry had had a daughter, Dinah Laurel Lance, who was cursed by the Wizard. When Johnny Thunder’s Thunderbolt couldn’t cure her, he put her in suspended animation. Years later a still-heartbroken Dinah wished her daughter could be her successor, so Superman and Thunderbolt figured out a way to transfer Dinah’s memories to her daughter’s body.

When DC revamped their lineup with The New 52, Dinah Laurel Lance was the main Black Canary while the Golden Age Black Canary was revived in DC’s Infinite Frontier initiative.