The Legend of Big Boy 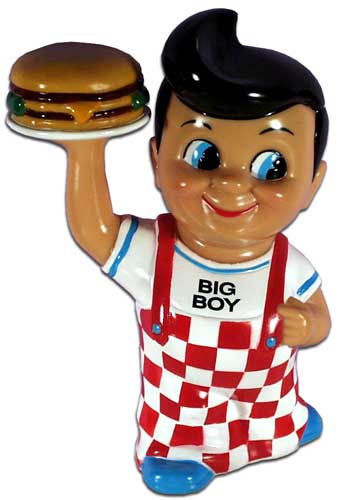 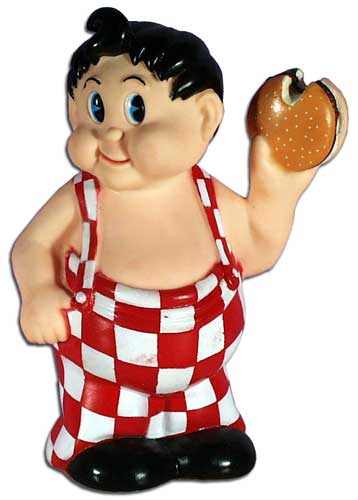 Did you know that the irrepressible mascot for America’s favorite family diner was inspired by a real boy?

One crisp day in 1936, a family strolled into Bob Wian’s 10-seat diner in Glendale, California. With them was a boy, around the age of six, whose girth exceeded his years and whose ill-fitting shirt and pants caused Bob to chuckle and dub the little patron Big Boy. Or so we’re told at Big Boy Restaurants’ official website.

But said site also shares a slightly different version of the tale, one in which a random customer is inspired to draw a stout boy with greasily coiffed hair and a protruding tummy on a napkin, after witnessing Wian’s propitious creation of the double-decker hamburger. Upon viewing the drawing, Wian immediately adopted it as his new Big Boy mascot.

So, which is it? We suspect, as with most tales marking the invention of things, the versions intersect at a point of ultimate truth.

We do, however, wish that if there was in fact a real, 6-year-old Big Boy way back in 1936, he or one of his gracious descendants would step forward and assert themselves as the inspiration for one of our nation’s most enduring icons.