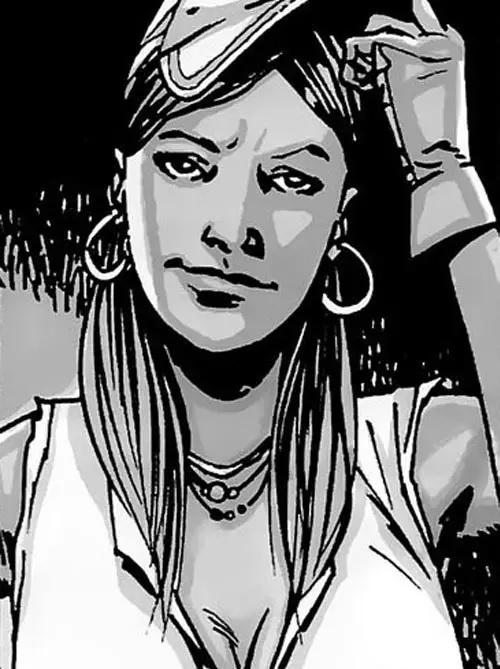 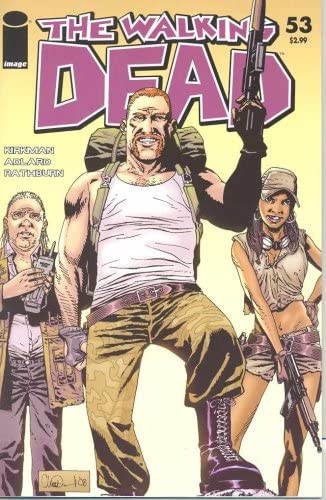 Rosita Espinosa is one of the many characters in The Walking Dead trying to survive the zombie apocalypse, and ultimately failing to do so. She was introduced by series creator Robert Kirkman in The Walking Dead #53 (October 2008) while traveling from Houston to Washington, DC with Abraham and Eugene.

They convinced Rick Grimes and his group to deliver Eugene to DC because he claimed to know what caused the plague. Abraham and Rick, two alpha males, butted heads on the trip, but Rosita was able to calm Abraham, whom she was dating.

Their trip to DC diverted to the Alexandria Safe Zone where she quickly integrated into the community and started training to be a nurse. When Alexandria was breached, she joined Michonne, Rick, and others to fight the horde of undead.

If the walker problems weren’t enough, Rosita and Abraham broke up after she discovered that he had been cheating on her. She started living with Eugene in a platonic fashion, though he hoped for more. A few years later after Abraham had been killed by the Saviors, Rosita’s friendship with Eugene had grown into something more. Their already complex relationship got even more complicated when Rosita admitted that she was pregnant, and Eugene wasn’t the father. He took the news in stride and promised to raise the child with her.

That domestic bliss wasn’t to be when their group came up against the Whisperers. Alpha, the leader of the dead-face-wearing Whisperers, infiltrated the community to kidnap several members. To intimidate them, Alpha decapitated Rosita and others, putting their heads on pikes to mark the border between their community and hers.