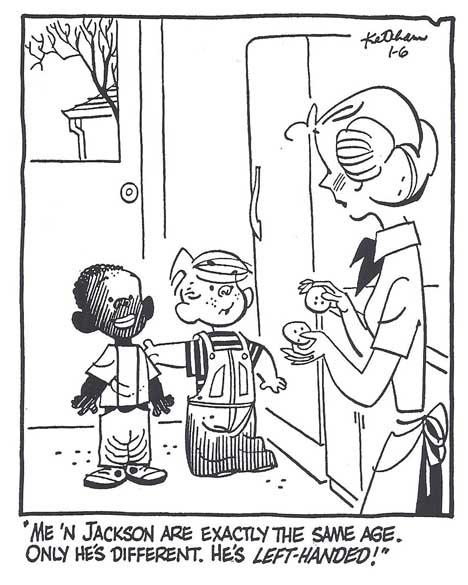 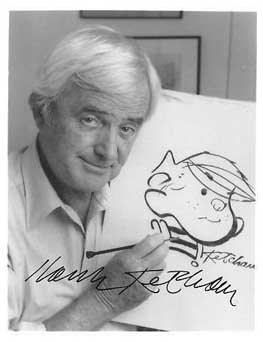 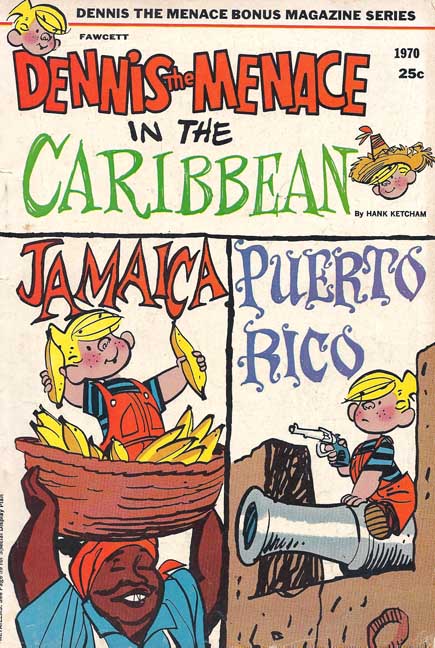 Comics historian and frequent Scoop contributor Professor William H. Foster III introduces us to a comics footnote that could have been much more than a footnote...

If you’re a fan of Charles Schultz’s world famous Peanuts cartoon strip, chances are you‘re familiar with his African-American character Franklin, introduced in 1972. But did you know that there was a Black character who predated Franklin in another well-know cartoon strip?

His name was Jackson and he made a brief appearance in Dennis the Menace, created by beloved syndicated artist Hank Ketcham.

In an attempt to reach out to a more diverse readership in the late 1960s, Ketcham created a Black playmate and neighbor for Dennis. Inspired by the efforts of Dr. Martin Luther King, Jr. during the era of civil rights, he was determined to do his small part and be more inclusive.

Unfortunately, this particular experiment in cartoon integration backfired. The character’s appearance caused some public outcry and the artist was accused of perpetuating negative stereotypes. For some readers Jacksontoo closely resembled Little Black Sambo.

Ketcham, who was out of the country at the time of the strip’s release, was shocked when he was notified of the negative public reaction. In his opinion, all cartoon characters are merely caricatures of real people and not to be taken too seriously.

He pointed out that Henry Mitchell, Dennis’ father, has a needle nose and Mr. Wilson, his neighbor, has a pot belly. Ketcham even conceded that Dennis looks like a midget running around with a load in his pants! In his view, once you got to know and love the characters, the image wasn’t as important.

He summed up hearing about the incident in his autobiographic book, The Merchant of Menace: “The rumble started in Detroit, and then moved south to St. Louis where bottles and rocks were thrown through the window of the Post-Dispatch. Newspaper delivery boys were being chased and hassled in Little Rock and in Miami some Herald editors were being threatened. The cancer quickly spread to other larger cities.”

He wrote: “I was shocked, then frustrated, then mad as hell. I dictated a response to the client newspapers involved. I made a point not to apologize but to express my dismay at the absurd reaction to my innocent cartoon.”

One of the reasons the Jackson character is not well known is that it is very difficult to find the cartoon where he first appeared. The panel shown here is the one that replaced it.

The original caption had Dennis saying, “I’ve got a race problem with Jackson. He can run faster than me!”

Ketcham died in 2001 at the age of 81. By then, his well known strip was 50 years old, appearing in 1,000 publications, in 48 countries and in 19 languages. And even though he introduced few new characters to the strip’s main cast, Jackson, in Ketchum’s words, “remained in the ink bottle.”

Despite this rough patch, in 1970 Fawcett Publications, the publisher for the authorized Dennis comic book released Dennis the Menace in the Caribbean. Full of positive images it showcased the entire Mitchell family interacting with people of color. It’s important to note that Mr. Ketcham apparently didn’t give up on integrating his strip and making a personal statement about the important of moving towards equality.

Professor William H. Foster III is a comic Book Historian. His latest book, “Dreaming of a Face like Ours,” has just been publisher by Fine Tooth Press.