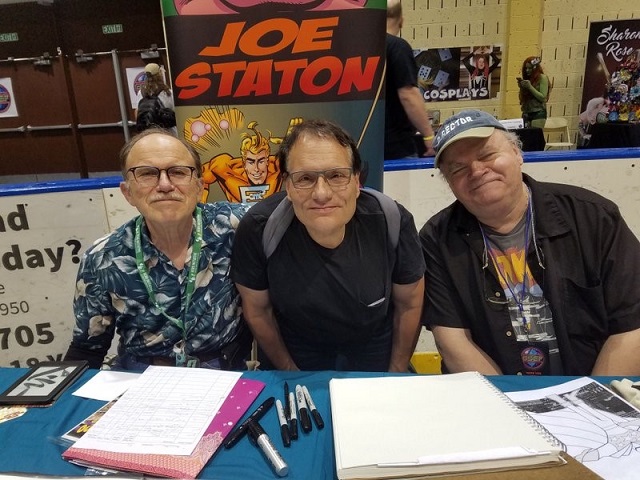 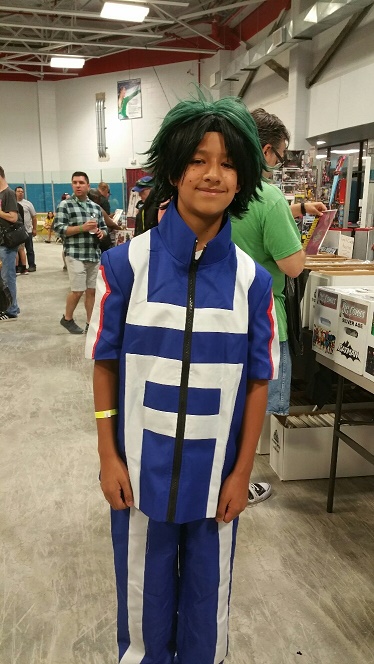 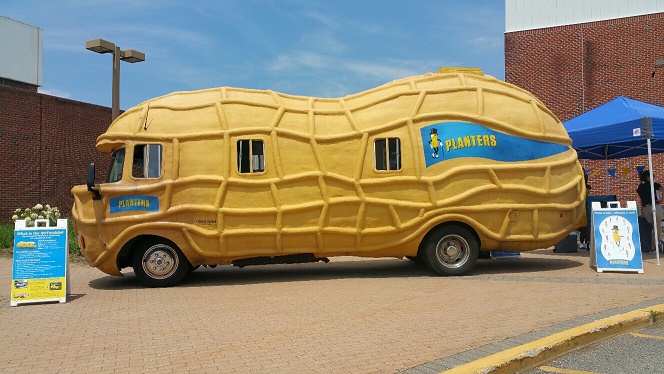 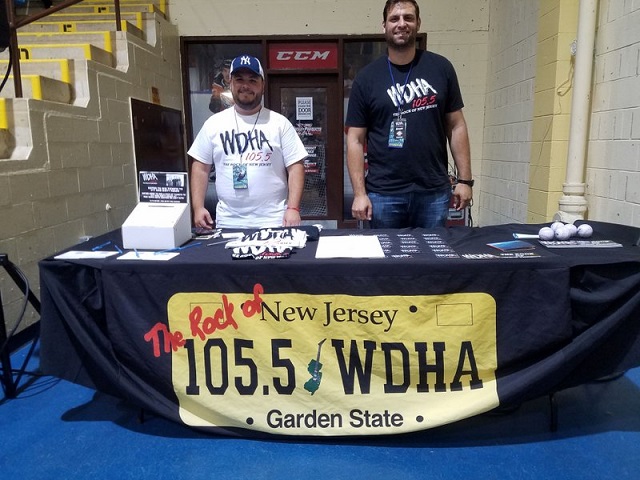 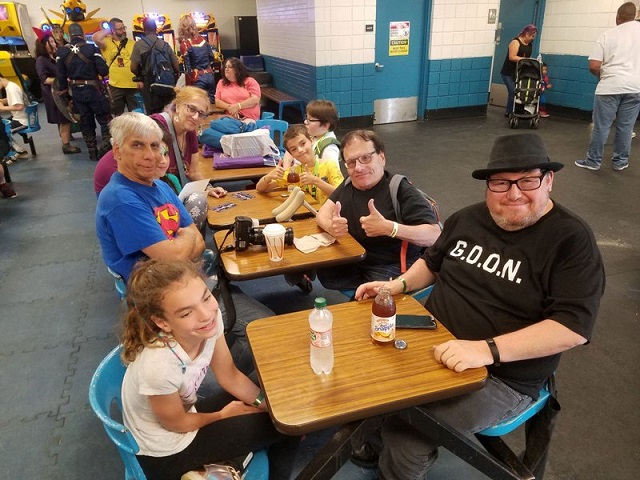 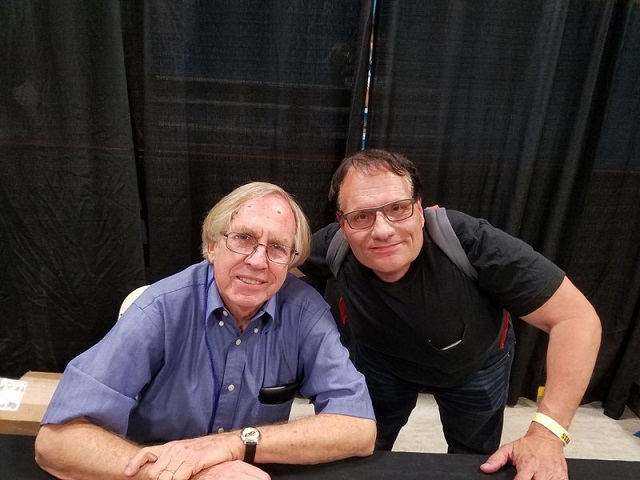 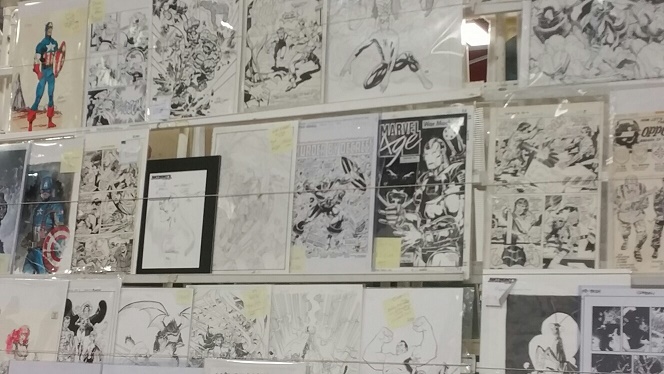 Founded by Dave O’Hare and Sal Zurzolo, Garden State Comic Fest (GSCF) began in January 2014, in Ledgewood, NJ. Since then, GSCF has evolved into a large, premier comic event in New Jersey. The latest edition of the show was held the weekend of June 29-30, 2019 in its home at the Mennen Arena in Morristown, New Jersey.

Cosplayers had a very strong turnout at this show, including featured convention guests like Father Evil, the Members of Gwar, Steampunk’d Batman, Kati Coe, and Sharon Rose Cosplay. To go along with this, there were costume contests for both kids and adults on the main stage in the Heroes rink.

O’Hare and Zurzolo like to give back to the community that supports them and their annual Garden State Comic Fest Charity Art Auction is one way they do that. It was held Saturday with contributions from creators at the con, including beautiful Batman sketches from Neil D. Vokes and Joe Staton.

Another example of how O’Hare and Zurzolo give back to their community was through the Geekade group booth. With the motto, “We are Gamers doing what we do best for the kids,” they are part of the colorectal cancer alliance who are working to end colorectal cancer. On August 11, 2019, they are holding a 24-hour marathon of difficult games for the fourth annual “Pain In The Ass A thon” to raise money for the fight against the cancer. More information on the event can be found at geekade.com.

One of the many things I really like about this show is that the panels have substance. One of the standouts was “The Last Encounter with Stan Lee” panel that had Roy Thomas talking about his time with Stan Lee 48 hours before Lee’s death. A second was a panel on “What Comics Get Wrong (And Right) About Animal and Plant Abilities” with panelists composed of ecologist Kelly Zimmerman, a marine and environmental biologist, and Dr. Pedram Daneshgar a plant ecologist and Associate Professor at Monmouth College. A third example was “The State of the Comic Book Industry” with comic shop owners discussing what is in store for the future of the hobby. These three, along with others show how Garden State really gets it right with their panel offerings.

Hosting tournaments has become a big part of shows today and Garden State is no exception to this trend as they hosted two Dungeons and Dragons tournaments on Sunday. Admissions into them was $10 each, with the winner eligible to win half the fees.

There were so many great moments at this show that Allie and I experienced. The show highlight for Allie was seeing Evan Goldstein, the general manager of the Garden State Comic Fest, propose to his girlfriend, artist Angie Fernot. This was done in front of hundreds of people who cheered on the couple. Fernot showed Allie the engagement ring later when Allie picked up the commission that she had ordered from Fernot.

A really cool moment for me happened while I was eating my traditional GSCF breakfast with some friends. A person who I thought was a cosplayer dressed as Mr. Peanut walked up to me and started waving. The costumed individual actually works for Planters Peanuts and tours the country doing appearances in a vehicle made up to look like a giant peanut, which was at the con.

In my travels through the show, I had other moments that stood out as well. One was meeting up with representatives of The National Cartoonists Society, an organization that traces its roots to the volunteer chalk talks that cartoonists did during World War II for the America Theater Wing. It was formally organized at a specially convened dinner in New York in March 1946. I got to talk to Ed Steckley and Bill Janocha from the Society, who filled me in on the current state of the group. I really got a kick out of meeting up with those guys.

Another very cool moment was getting to hang out with both Joe Staton and Neil Vokes. I have known them for a while now and they are just the nicest guys. Then I got to talk to Roy Thomas which was such a kick, since he is one of the true legends in the hobby as both a founding father of comic fandom and as a creator for Marvel and DC during the Silver and Bronze Ages. It was also great to see Vincent Zurzolo from Metropolis Comics.

This was one of those shows that every time I turned around I ran into someone I knew. From Stuart Greenberg and his two children, dubbed “The Wonder Twins” to comic collector Paul Zuckerman to various other Facebook friends, I really had a lot of fun catching up with a whole bunch of people.

The time at the con really went by fast. This show has items for every collector’s taste in comics, comic art, comic toys, and related items. There is no doubt that Garden State is one of our favorite stops on the convention circuit and we will be back in 2020 for its next edition.

Garden State Comic Fest will return in 2020 at its home at the Mennen Arena in Morristown, NJ. News on upcoming shows can be found at gardenstatecomicfest.com and on their Facebook page.