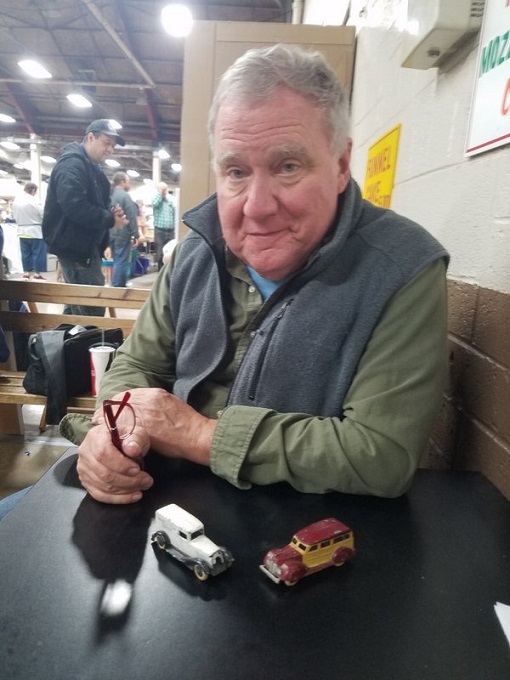 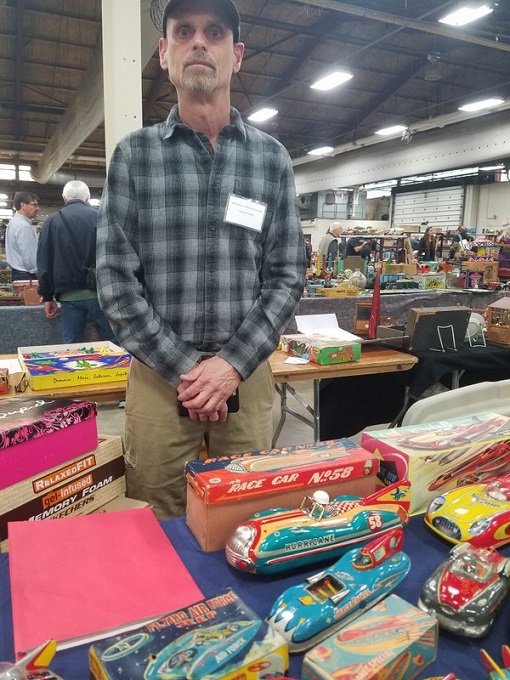 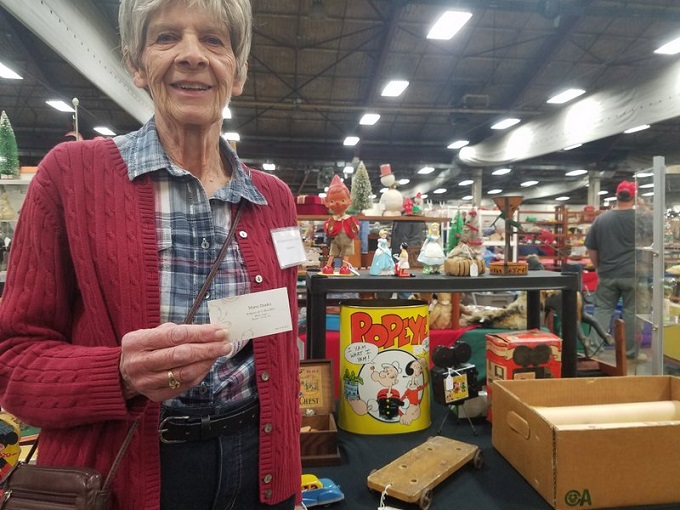 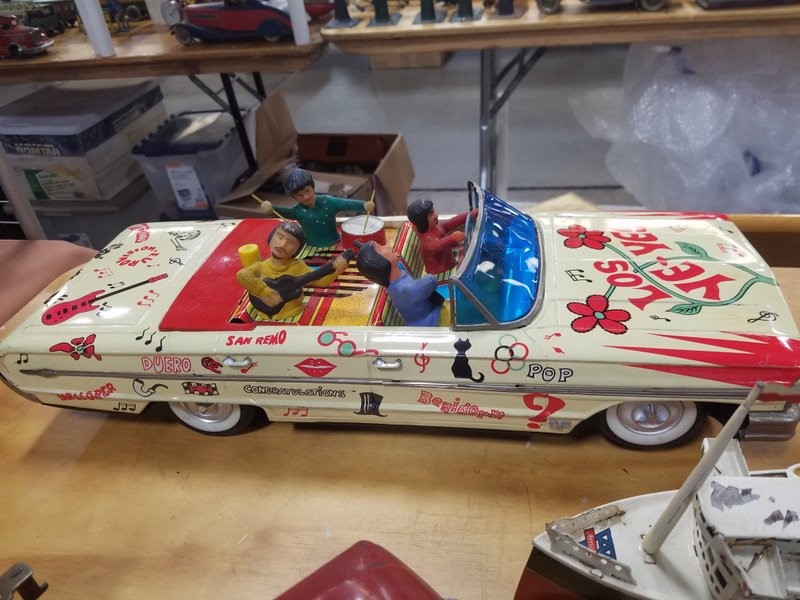 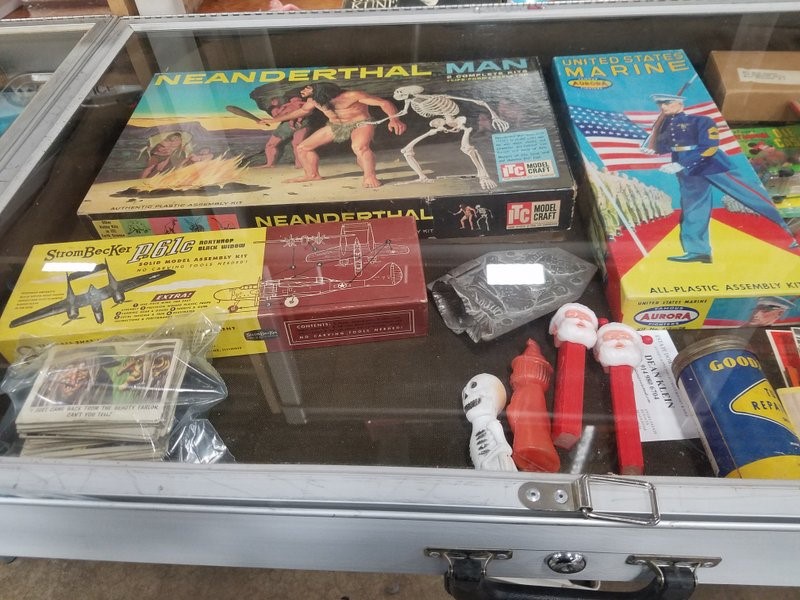 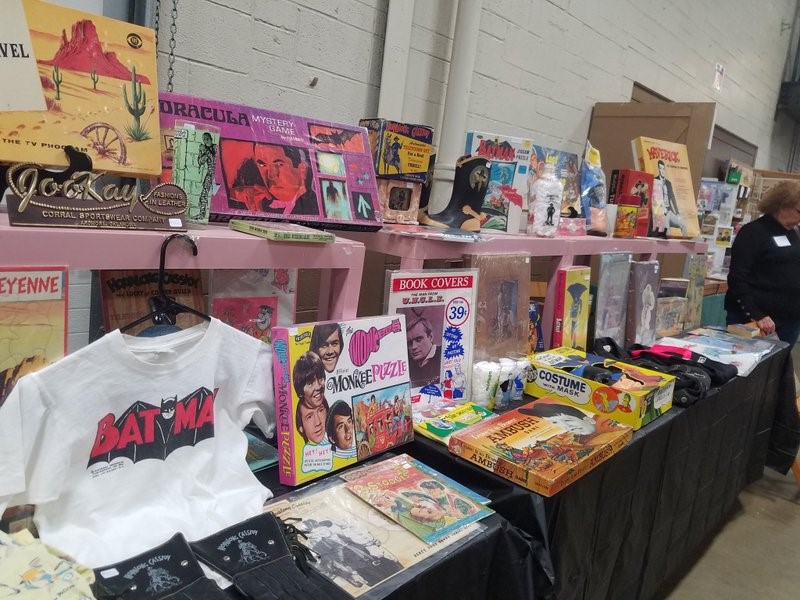 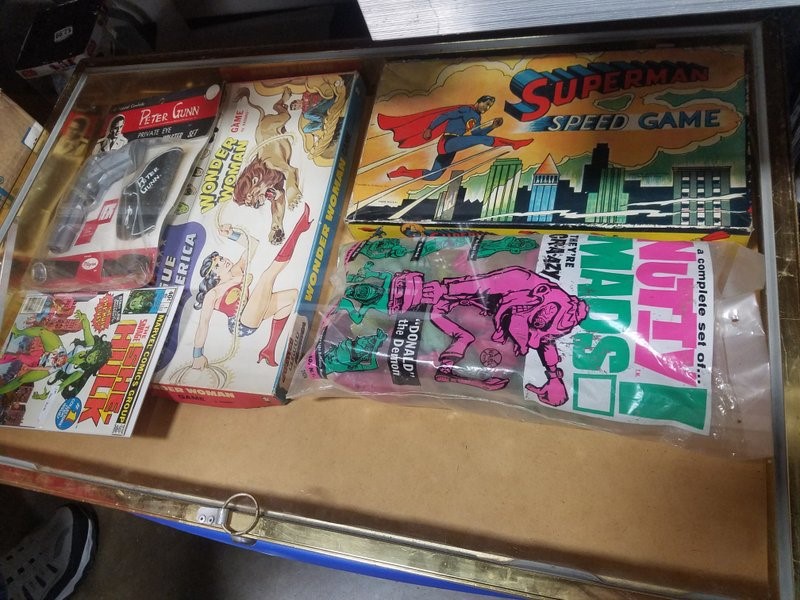 The latest edition of the Allentown Antique Toy Show was held on Saturday, November 2, 2019, at the Agricultural Hall in Allentown, PA. The show is run by David K. Bausch and Ray Holland and really is a well-oiled machine with everyone associated with it knowing what their function is from dealer to show worker.

Allentown is a legend among vintage toy collectors who come from all over the US and overseas. For this show, the term “vintage” is defined as items at least 50 years old. In the early days of the show, violating that rule could have the guilty dealer removed from the show and not invited back for the following year. However, the promoters are a bit more lenient these days and as an example of that, one dealer had a case of very nice Golden and Silver Age comics in his booth and was not asked to remove them.

A show that has lasted for 40 years now, it has developed a seasoned group of veteran dealers who know exactly what they have and what they are willing to accept for it. The same can be said for the buyers here. They know what they collect and know what an item should cost as opposed to what was being asked. You have to bargain, which is not always easy here, but it is possible to reach an agreement on something you want. Besides the usual dealer turn out, auction houses like Hake’s and Morphy’s were in attendance (as they are every year) to advertise upcoming auctions and take consignments.

It takes time to go through this show. The Agricultural Hall is a large open space facility which can fit 500 tables and allow for wide aisles. The aisles are long, and each dealer’s table is packed with items. The floors are concrete with no added padding, so be sure to wear comfortable shoes. There is ample parking, however, it does fill up and by the time we arrived, we were lucky to find one. It should also be noted that overnight parking is not allowed.

I ran into my pal and dealer buddy Nelson and his wife who I usually see at New York and New Jersey shows but always set up at Allentown every year. I found Gary Sohmers of Antiques Road Show and the New England Comic Con fame who had a table at the show. In the past, we have generally found the dealers to be friendly and fine with having pictures taken of their tables. Richard Thomas was happy to have his picture taken with the vintage tin toys he was selling. Marie Danko who runs Antiques and Collectibles told me that she began to collect Christmas toys as a kid because her maiden name was Claus. She still collects them and had some very nice character pieces for sale at the show. I talked to dealer Barbara Moran who specializes in Japanese vintage paper games. I’ve bought Batman ones from her and she gave me a Halloween basket with Batman’s face on it as a gift. Besides getting to talk to various dealers, I also got to talk with collector Arthur Page who collects Tootsie toys and Dinky toys, that were given to him by his dad and grandfather.

The offerings were strong and from a personal point of view I saw more quality vintage Batman items and Allie saw more quality Wonder Woman items then we saw combined over the last three years. Allie noticed that there were many large items for sale that buyers would need a large vehicle to transport.

I ran into David Bausch who created the show about 40 years ago and runs it with Ray Holland. Bausch is a special person who is a soft-spoken gracious, friendly and polite guy always decked out in a sports coat, sweater, and tie. He is a treasure to both his show and his town. While talking last year, he told me that every piece has a story and that all we have to do is listen. I hope he continues to hear stories from the dealers and is able to run the show for years to come.

The Allentown show has a tradition on Friday nights when dealers and buyers gather for a reunion dinner. There’s also the Antique Toy Club gathering of collectors that shows the long-term relationships that have developed from this show.

The show doesn’t do much advertising because they have established dealers and buyers who have been coming to this show for a long time. But, age continues to creep up on the people who make up this show and once again this year there were a few empty booths.

When we left the show, Allie and I went across the street to check out the Allentown Fair Grounds Farmers Market that has over 60 local merchants. There is a variety of lunch and dinner items and a local winery has a stand.

The Allentown Vintage Toy show is held once a year on the first Saturday of November at the Allentown Fairgrounds, 302 N 17th Street in Allentown, PA. The next edition will be held on Saturday, November 7, 2020. The cost of the show was a very reasonable $5 for adults and there was another option for early buyers and dealer trading. There are several nice hotels and restaurants in the area, including the Florence Italian Grille. Details on the show can be found on their Facebook page, by emailing jsauerzopf@msn.com, by calling (484) 553-2947, or by calling the Fairgrounds at (610) 433-7541.