With the COVID-19 virus in full swing throughout the world, Joe Veteri was forced to cancel the April 5, May 3, and June 7, 2020 editions of the Wayne Toy Show. The show returned to the Wayne Firehouse in Wayne, NJ on July 5 as both an indoor and outdoor event with the rear parking lot used for the outdoor part of the show. A “no mask, no entry” policy which meant the mask had to cover the attendee’s mouth and nose, was in effect. Everyone was required to use the provided hand sanitizer before being permitted entry and attendees were told all social distancing and safety guidelines would be strictly enforced.

This continued for the August edition of the show as well. Then on Monday, August 10, Veteri postponed his two-day ToyConNJ show scheduled for August 27-30 due to the New Jersey governor having implemented further venue restrictions on gatherings.

But now a new chapter has begun for the monthly Wayne Toy Show. For almost 30 years it has been held at the same Wayne Firehouse location but as of Sunday, September 6, it has moved across the street to the Wayne PAL building. The new venue has significantly more free parking than its former location. There is a food court area in one room which was open for business and it had a nice food selection to choose from.

Since this was an entirely indoor show, safety precautions at its new home required everyone to have their temperatures taken at the door. Masks were required to be worn at all times while in the building, except when eating or drinking.

The show featured over 100 tables of collectibles across two rooms ranging from vintage comics to vintage toys to modern comics to modern toys. The vendor list featured most of the show regulars with a few new ones mixed in. Beyond the regular dealers many of the regular attendees were there too and it seemed that a sense of normalcy had returned to the toy collecting world, at least for one day. As we walked in, we saw people leaving with bags of collectibles and dealers told Allie and I that they did well.

As always early bird admission was offered from 8 AM to 9 AM and regular general admission was still only $5. Regular show hours ran as always from 9 AM to 2 PM. Children under 8 years of age got in for free.

The next edition of the Wayne Toy Show will be held on Sunday, October 4 at its new home at the PAL. More details on the upcoming shows can be found at www.waynenjtoyshow.com and on their Facebook page. 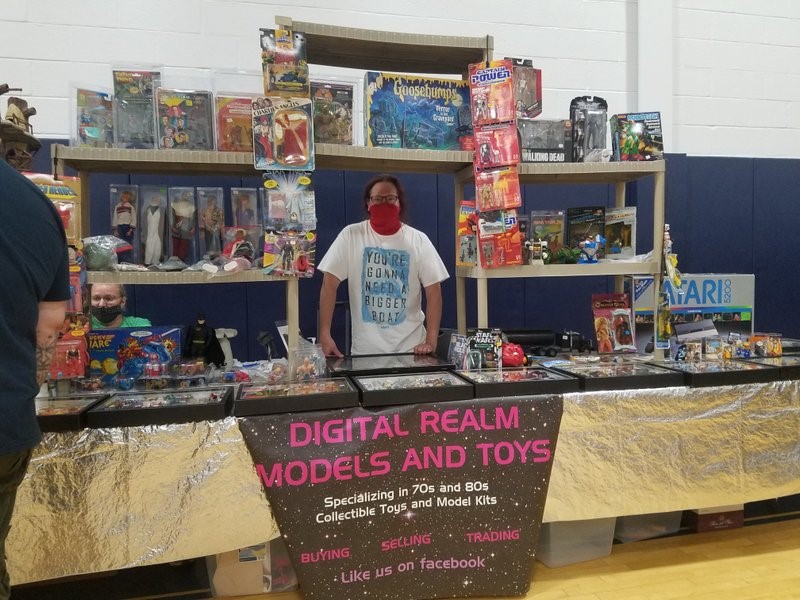 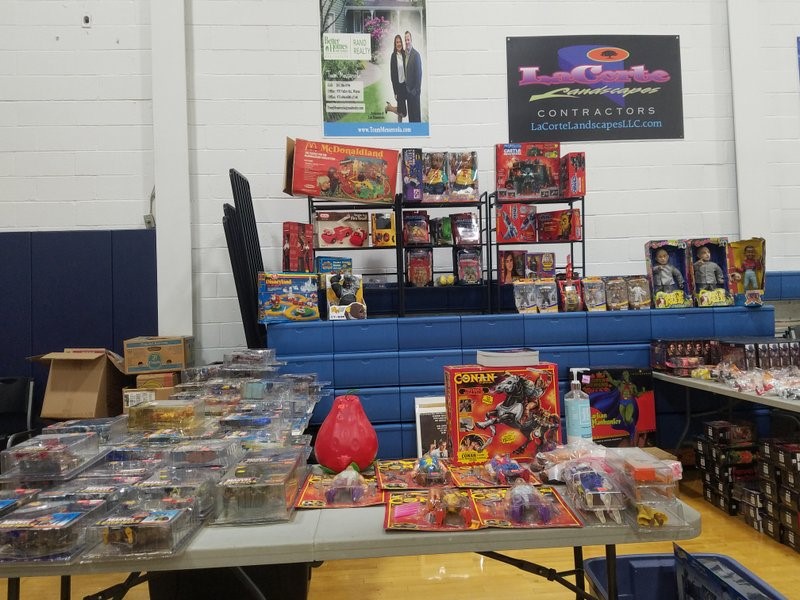 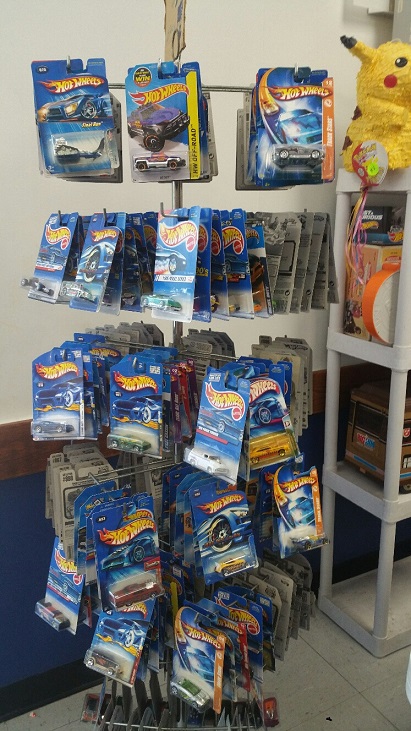 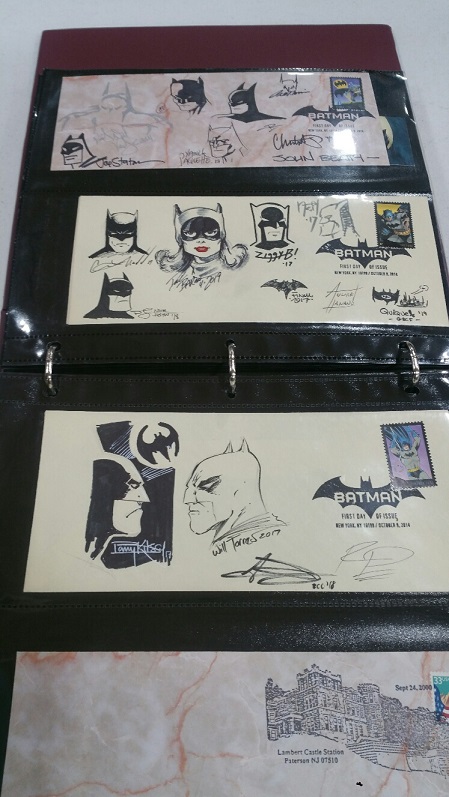 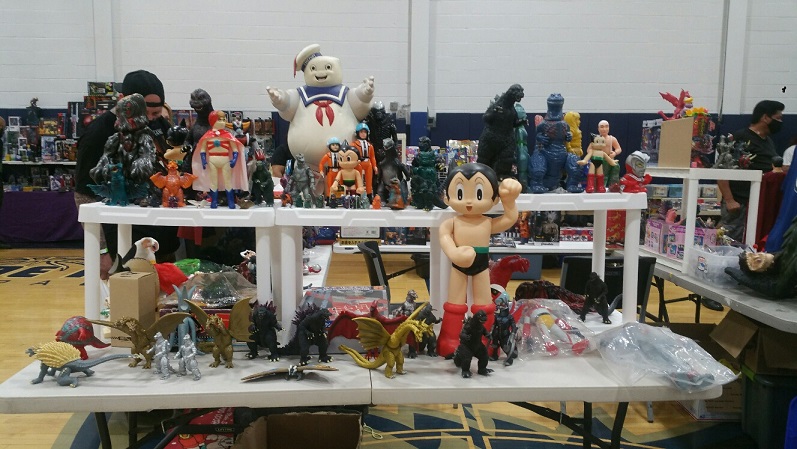 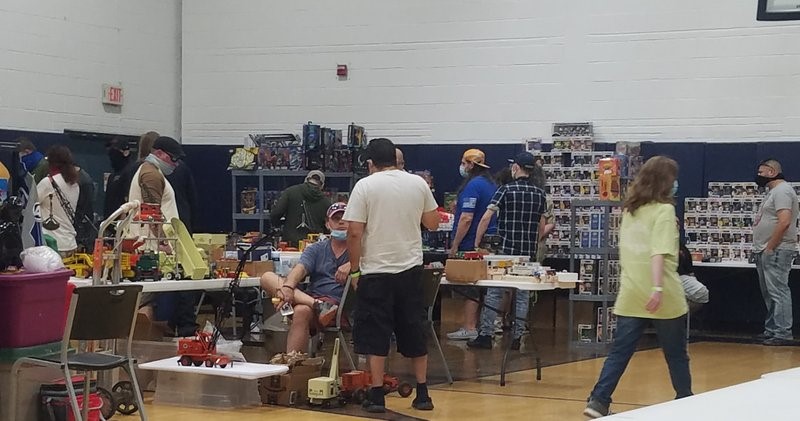 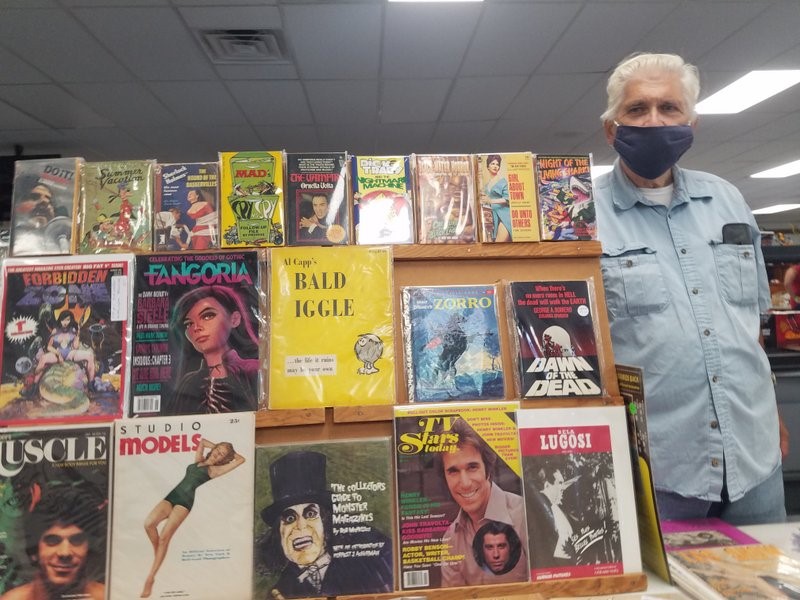 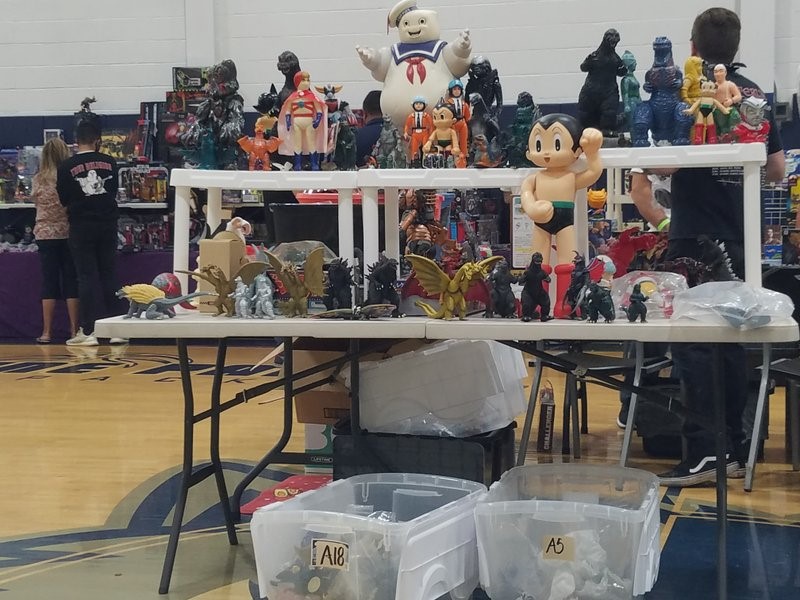 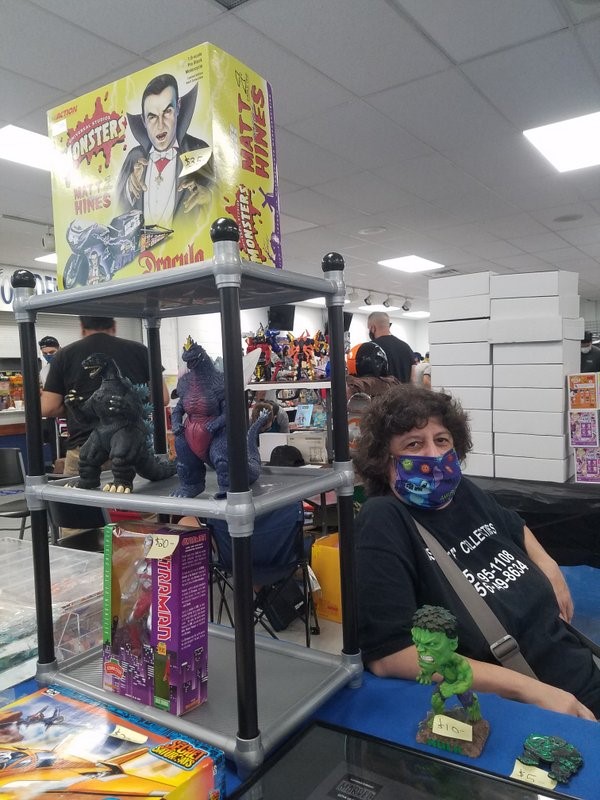 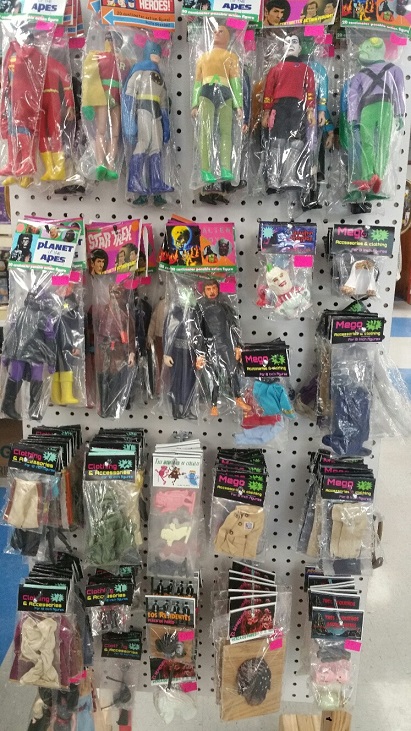 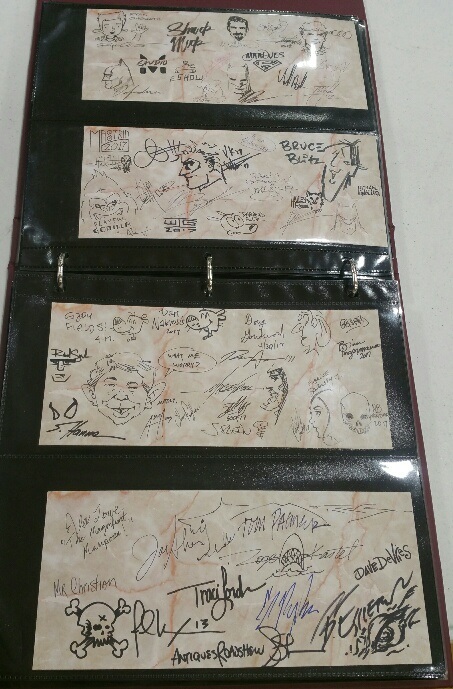 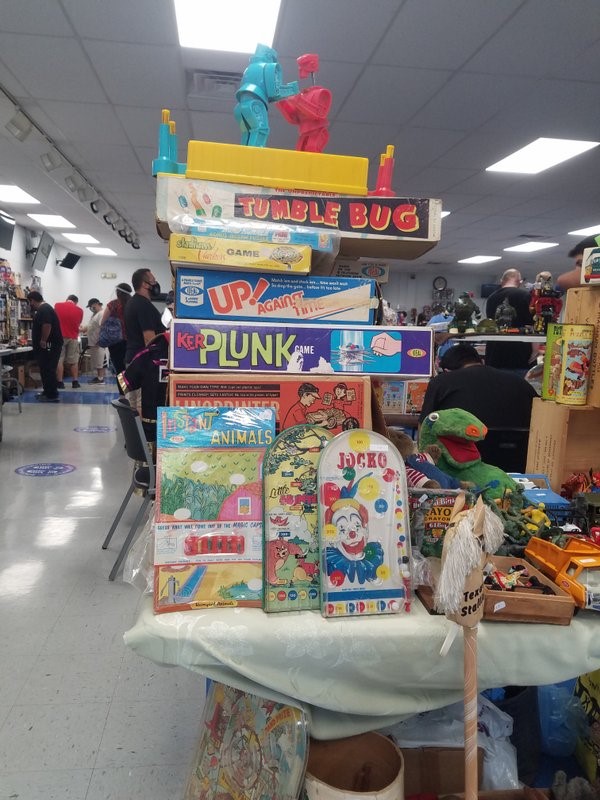 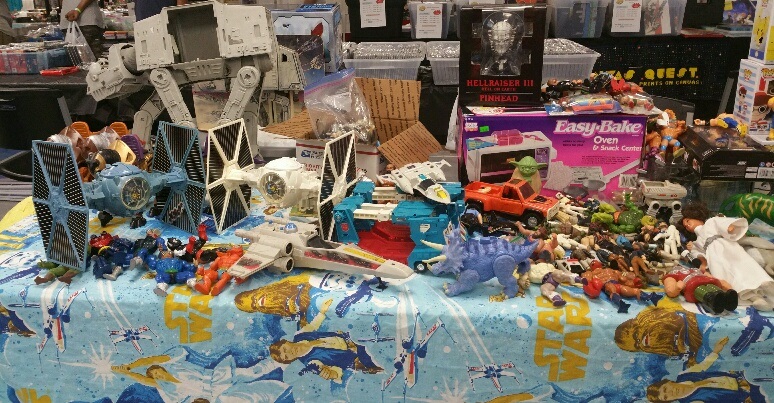 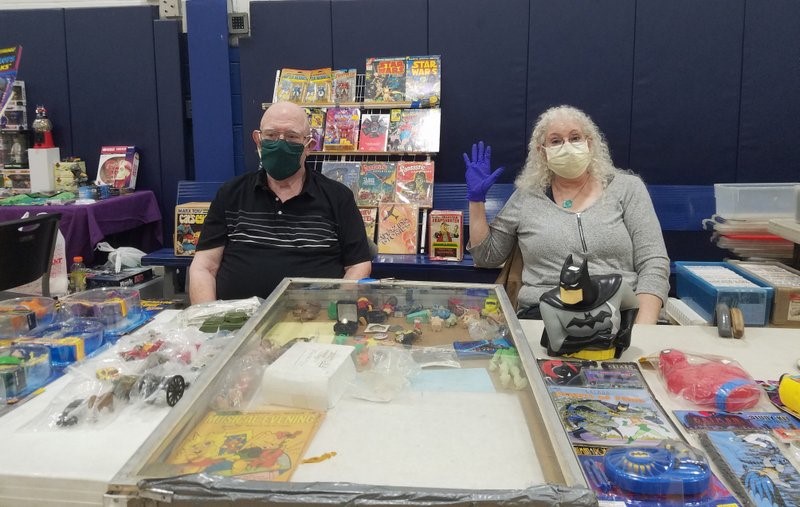