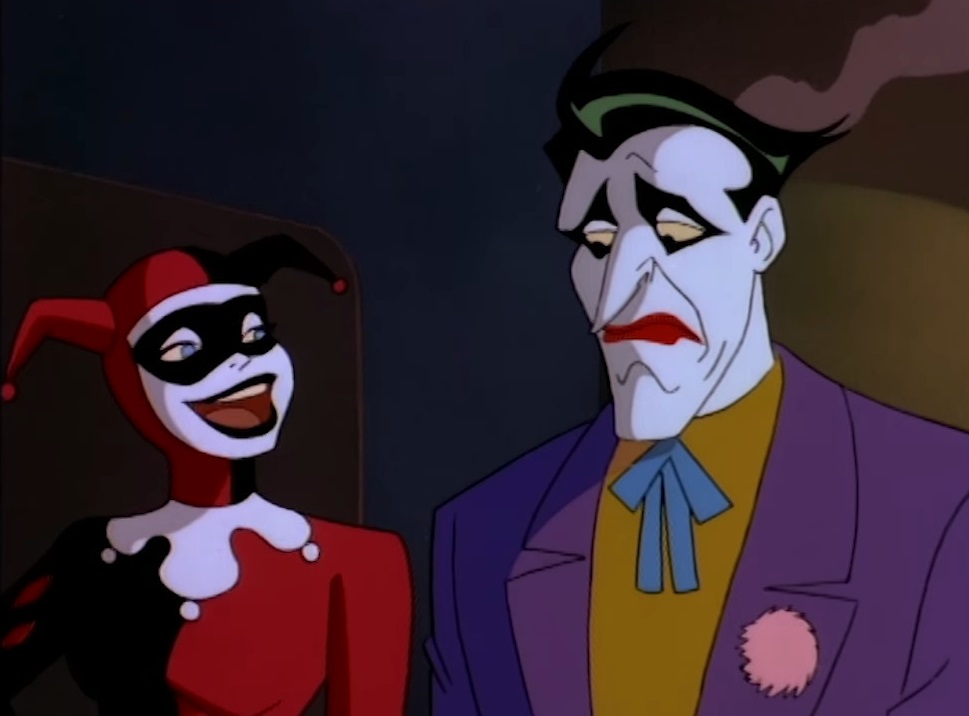 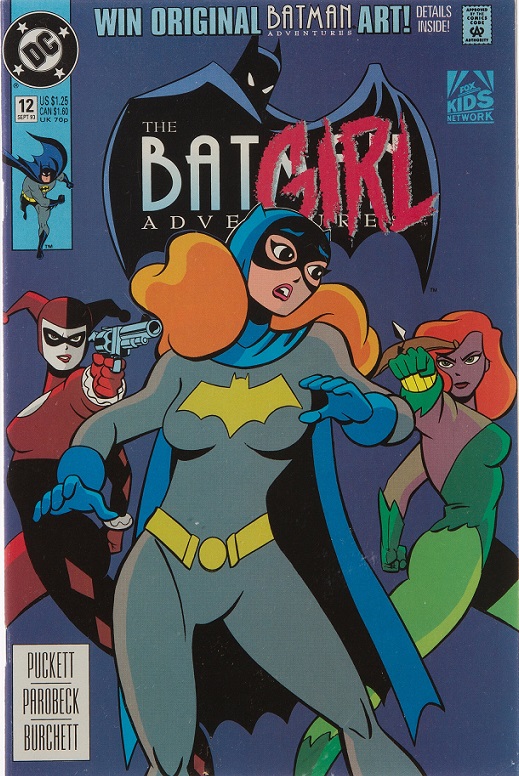 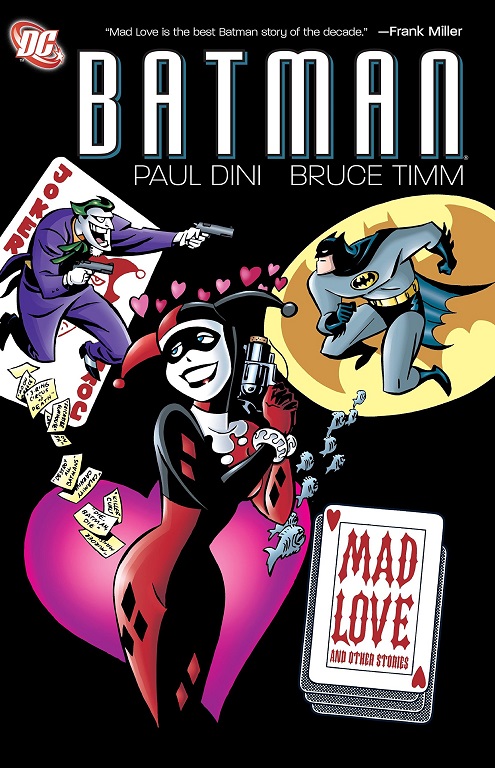 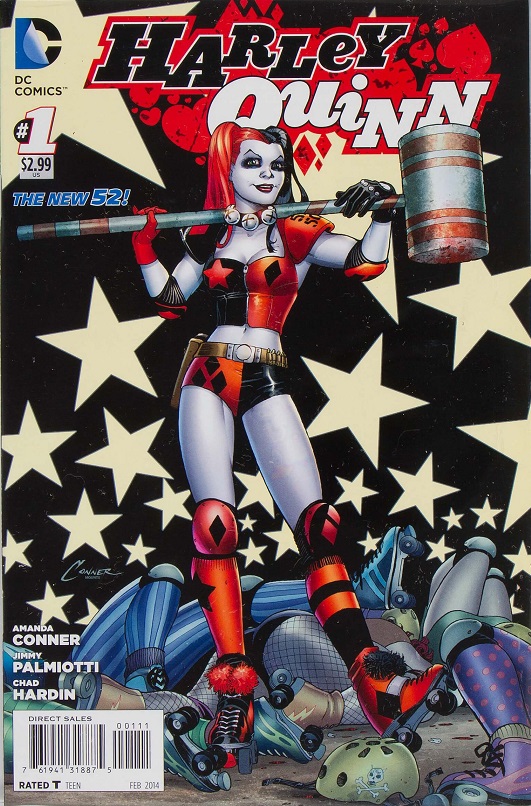 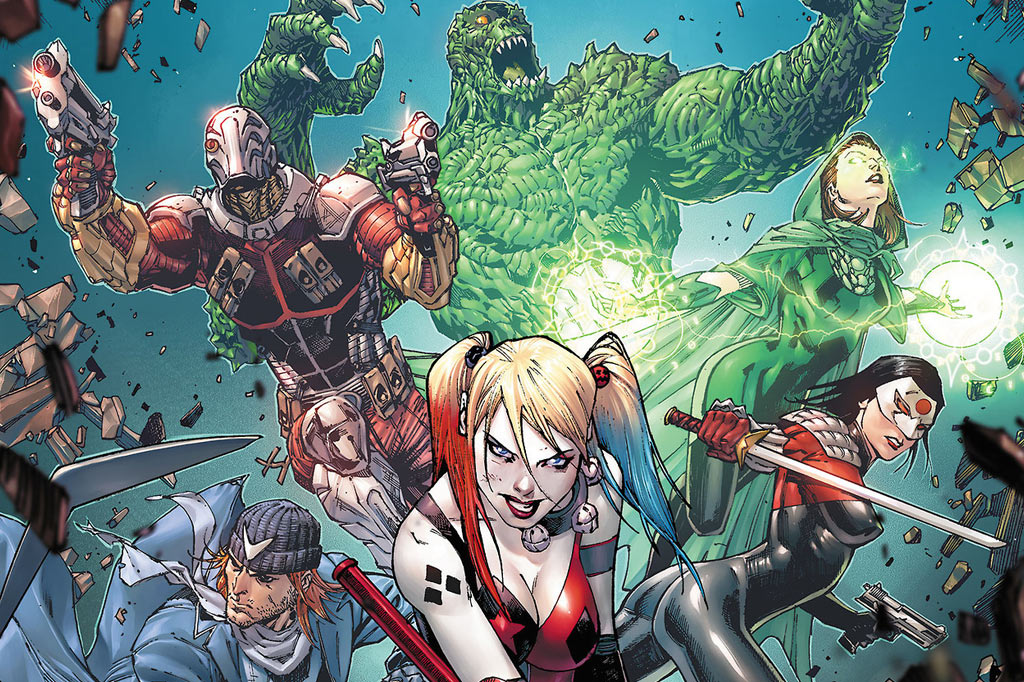 Harley Quinn has used her rather large mallet to break numerous barriers, both literally and figuratively. She began as a sidekick to complement the Joker, but has become an independent, fully developed solo act.

Harley is a popular comic character, but was originally made for animation. Created by Paul Dini and Bruce Timm, she was introduced in Batman: The Animated Series in September 1992, voiced by Arleen Sorkin. Harley was developed as Joker’s sidekick and love interest, wearing a jester costume that bore thematic similarities to Joker. She joined comics in The Batman Adventures #12 (September 1993), crashing a costume party with her future best friends, Poison Ivy and Catwoman.

Her origin was told in the 1994 graphic novel Mad Love, written by Dini and Timm. Before becoming Harley Quinn, she was Dr. Harleen Quinzel, a psychiatrist working at Arkham Asylum where she becomes fascinated by the Joker. As their sessions progress, she falls in love with him and becomes both his accomplice and on/off girlfriend. But, being that he’s the Joker, he frequently abused her, ranging from petty insults to outright trying to kill her.

She starred in her first titular series in 2001-2003. The 38-issue run showed her going solo, starting a gang, and leaving Gotham for Metropolis with Ivy. The series ends with Harley turning herself in at Arkham to seek help and redemption for past crimes.

Harley, Poison Ivy, and Catwoman team up in Gotham City Sirens (June 2009-August 2011). She breaks into Arkham to kill Joker for his years of abuse, but instead she frees him and they violently takeover the facility. Batman and Catwoman defeat the pair, and Harley is incarcerated until Ivy breaks her out. The two confront Catwoman, but once again opponents turn to allies and Catwoman helps Harley and Ivy elude Batman.

Her second solo series began with Harley Quinn #0 (January 2014), kicking off the four-year run written by Amanda Conner and Jimmy Palmiotti, who crafted comedic tales with Harley as a well-intentioned antiheroine. She becomes the landlady of a building in Coney Island, joins a roller derby team, and starts working as a psychiatrist again. At this point, she is no longer in love with Joker and it is revealed that she has an open romantic relationship with Poison Ivy. She partners with Power Girl for a few issues and has a romance with Mason, one of her tenants. Deciding to become a crimefighter, Harley forms the Gang of Harleys who take on a sea captain that gains powers by eating an alien sea-plant.

In 2016 Rebirth heralded a new Harley Quinn #1, humorously titled “Afterbirth.” In addition to her Gang of Harleys, she allied with Red Tool (a Deadpool parody) and others. This run includes the comedic story of New Yorkers behaving like zombies from eating bad hot dogs and the more horrific tale of New York’s corrupt mayor feeding the homeless to cannibals. Harley and her team (which includes Ivy, Power Girl, and Killer Croc) stop villains like Penguin and Mr. Freeze from taking over Coney Island. She gets transported to Apokolips, takes on Granny Goodness, and returns with Female Fury Petite Tina.

Starting in 2021, she got another new series, which put Harley back in Gotham City where she is primarily a heroine. In this fourth solo series, Harley tries to make amends for her past as a villain, joined by former Joker henchman, Kevin. She regularly works with Batman and his allies, which has carried over into some of the other Bat-family titles.

In addition to her main series, Harley was a prominent member of the Suicide Squad during The New 52 and Rebirth relaunches. She has also regularly appeared in miniseries like Harley Quinn and Power Girl, Harley and the Gang of Harleys, and the Black Label title Batman: White Knight Presents Harley Quinn, among others.

Off the page, Harley has appeared in several animated and live-action projects. Sorkin voiced her multiple times, including Batman Beyond: Return of the Joker, Tara Strong voiced her in DC Super Hero Girls, Melissa Rauch voiced her in Batman and Harley Quinn, and Kaley Cuoco is currently voicing her in the Harley Quinn animated series. On the live-action side, Margot Robbie has played Harley in two Suicide Squad movies and in Birds of Prey.