In the Limelight
Matt Crandall: Disney's Alice in Wonderland at GEM 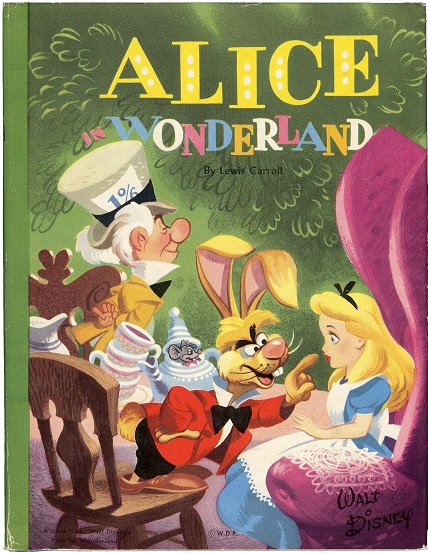 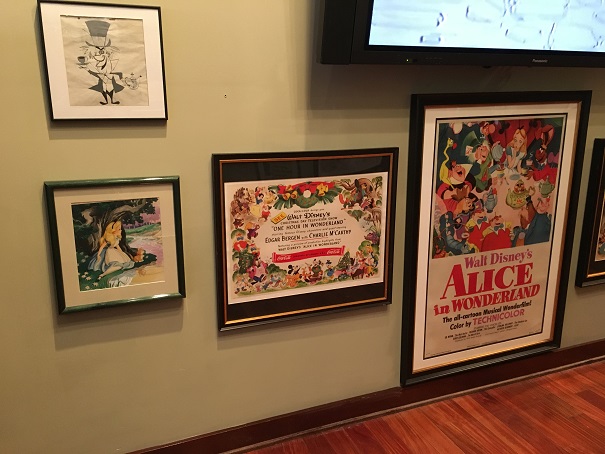 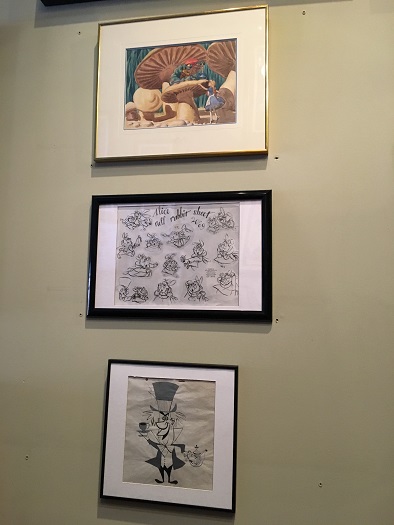 Beginning this week, Geppi’s Entertainment Museum (GEM) will host collector Matt Crandall's Alice in Wonderland exhibit, filled with art and collectibles from the collection of Matt Crandall. Scoop spoke to Crandall about his collection, why he collects Alice, and what we can expect in the exhibit.

Scoop: What is it about Alice in Wonderland that interests you?
Matt Crandall (MC): It all started in 1971 when I was 7 years old, and I was visiting Disneyland with my father. We spent one whole day just wandering the park looking for the walk-around character to take photographs. At parade time we got curb seats so that we could hopefully get more pictures. During the parade the walk-around Alice stopped and talked with me and shook my hand. I was transfixed. After the parade I remember we had time to go on one more ride and my Dad wanted to go on Pirates. During the entire ride I held my hand under my shirt so it wouldn't get wet and wash off the Alice. Yup, an obsession was born.

I sort of forgot about that story for a long time, and had already been collecting for a couple of years when it was all suddenly brought back to me when I saw a Disneyland employee newsletter from 1971 that had a picture of that Alice, and boom, it all came back. Aside from that childhood experience, I just love the artistry of the film, and especially the variety of objects created for its original release. Some of the most beautiful pieces of Disneyana were created for Alice, both here and abroad.

Scoop: How long have you been collecting Alice memorabilia?
MC: I've been actively collecting Alice since March of 1989, when I attended a Disneyana show in Southern California and made the conscious decision to specialize in Alice in Wonderland. Up to that point I was a general Disney collector, with an (unrealistic) goal of collecting the one-sheet poster, comic book adaptation, and at least one animation cel from every Disney animated movie. Yeah, that didn't happen, but I did achieve that and a whole lot more when I focused solely on Alice.

Scoop: What kinds of Alice memorabilia do you collect?
MC: I started out like everyone, I collected anything and everything. With Alice it was particularly difficult in in the early years, as Disney did not produce much merchandise in the 1980s as compared to the other films. But as I became more advanced I realized there was an entire world of material from Alice's original release in 1951, and those are the things that interest me the most. The kinds of items in the collection run the gamut from original production and pre-production art, to toys, games, movie posters, and even food packaging. But probably the largest single category in my collection is vintage ceramics from all over the world.

Scoop: What other types of items do you collect?
MC: Like most collectors I have a number of side collections, although I have made strides in recent years to reduce the size of those collections. Probably the biggest collection other than Alice is vintage dishes. We have about 25 patterns of dishes from the late 1800s through the 1960s. We also collect vintage pottery of a variety of kinds including Roseville, Weller, and Peters & Reed. I still have a small Peanuts collection (Peanuts was the very first thing I collected, going all the way back to when I was eight years old). And I also collect original vinyl from the post-punk band Joy Division.

Scoop: What’s your favorite piece in your collection?
MC: It changes. Right now it is probably the Mary Blair storyboard of the Mad Tea Party that is in the exhibition. Or perhaps the prototype Regal Mad Hatter teapot that is not in the exhibition.

Scoop: Have you ever exhibited your collection before?
MC: Yes, I did an exhibition at the public library in my home town of Torrance, CA in 1991 for the 40th anniversary of Alice. The library had three display cases through which they rotated special exhibits throughout the year, and my friend convinced them that a display on Alice in Wonderland would be particularly relevant since Alice was originally a book. That exhibition was significantly different from this one as I had only been collecting for two years, but I did manage to fill the cases.

Scoop: How did the exhibit come to fruition?
MC: This exhibition was originally supposed to be a part of the Lewis Carroll Society of North America's (LCSNA) Alice 150 celebration in the fall of 2015. If you don't know, 2015 was the 150th anniversary of the publication of the original Alice's Adventures in Wonderland story by Lewis Carroll. In October of 2015 the LCSNA held a large conference with many exhibitions on all things Alice throughout New York City. Sotheby's was originally going to host my Disney exhibition, but they backed out. We were never able to find a suitable location for the Disney exhibit in NYC for Alice 150, so the exhibit was shelved. I later remembered that Steve Geppi had his entertainment museum and I contacted Mike Solof to see if the museum might be interested in hosting the exhibition, if not part of Alice 150, perhaps as part of Disney's 65th anniversary of their Alice. And the rest is history.

Scoop: What type of memorabilia will be in the exhibit?
MC: Over 200 items spanning the breadth of Alice collectibles: original pre-production and production art including cels, drawings, and paintings; movie posters; books; magazines; toys; games; dolls; ceramic figures; advertising; photographs. You name it, it's probably in the exhibition!

The Alice in Wonderland Exhibit will open to the public on April 2, 2016 and run for six months through October 2. GEM is located at Camden Yards 301 W. Camden Street, Baltimore, MD 21201, a short walk from tourist friendly Inner Harbor. For more information visit www.geppismuseum.com or call (410) 625-7060.