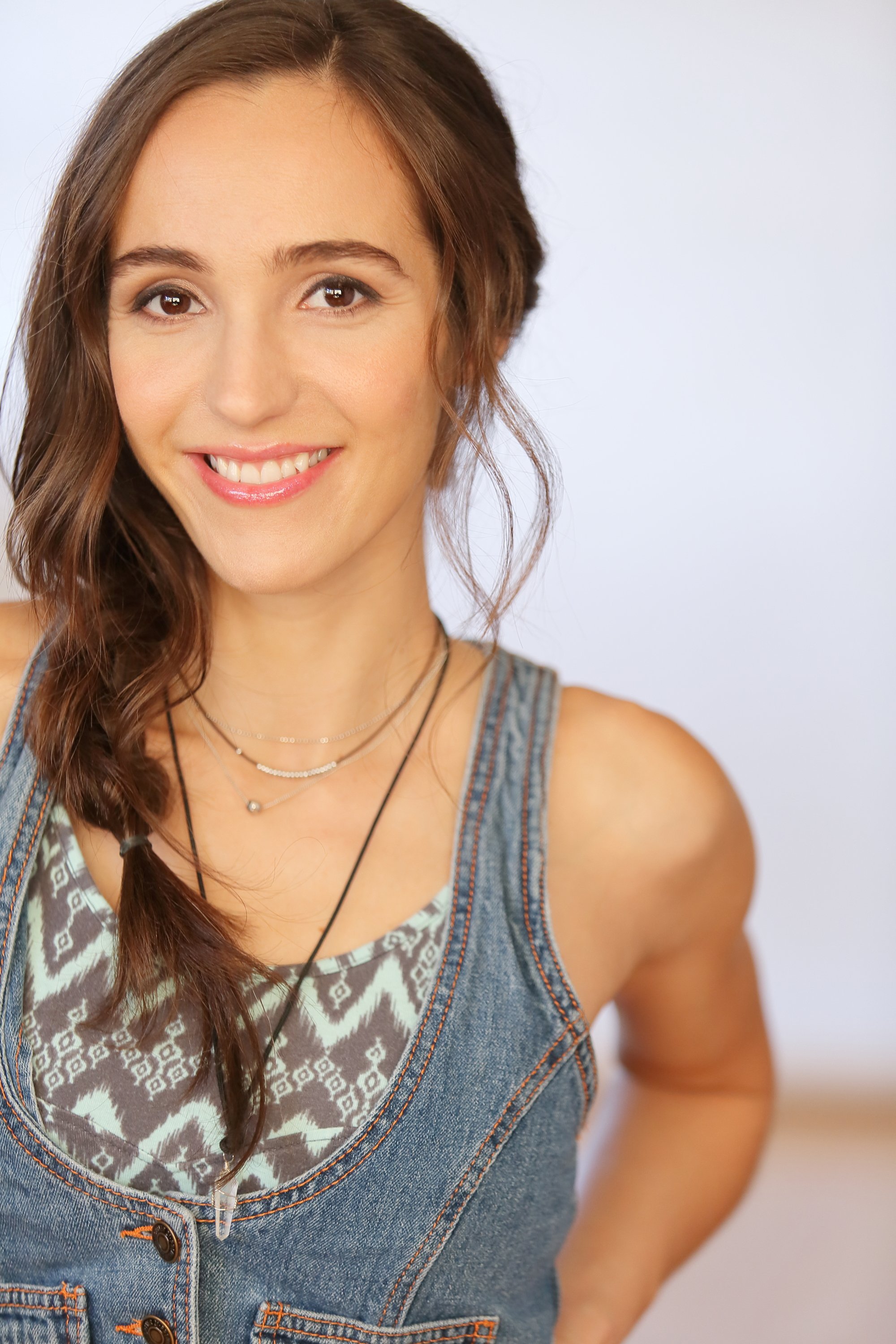 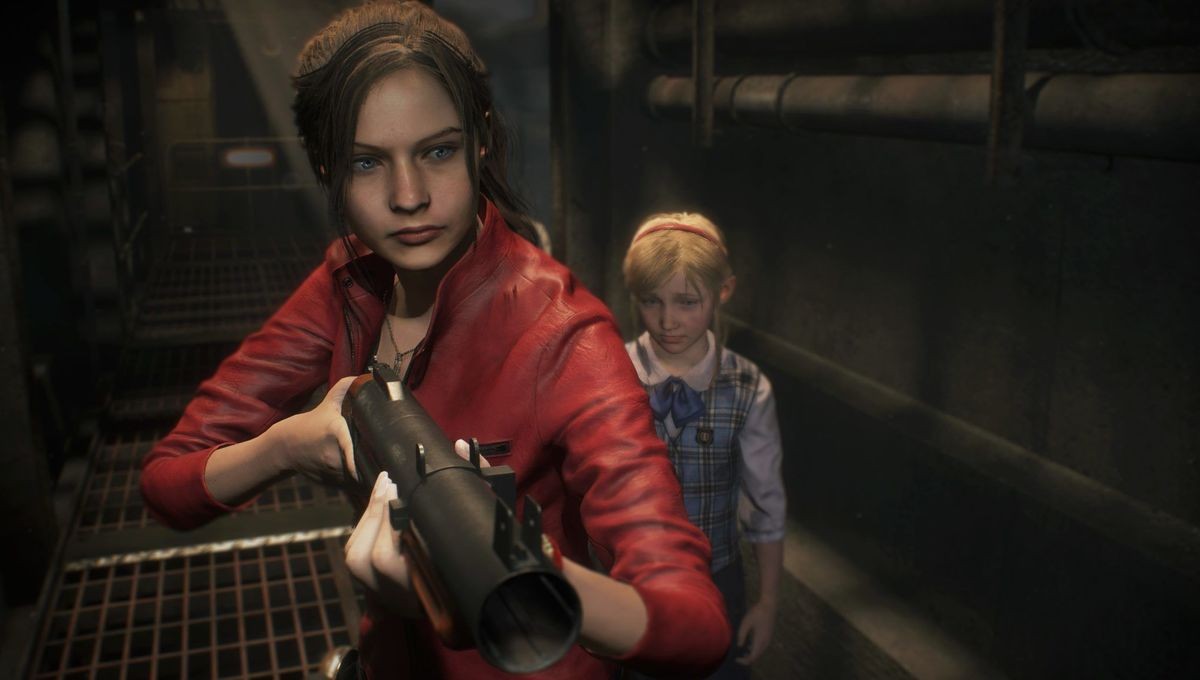 Stephanie Panisello is a relative newcomer into voice acting, having first appeared in minor roles in games such as Doom and The Evil Within 2 before seeing breakout success as the voice of Claire Redfield in the remake of Resident Evil 2. Her performance as Claire received universal critical acclaim and was hailed as helping to breathe some new life into the popular horror franchise.

Scoop assistant editor Carrie Wood had the opportunity to chat with Panisello at Otakon 2019 to discuss her success as Claire and what it’s like to break into voice acting right now.

Scoop: How has Otakon been for you this year?
Stephanie Panisello (SP): Otakon’s been awesome. This is my first official con [as a guest], and it’s been such a warm welcome. Everything from people within the staff being so cool, and Otakon in general has been awesome, so I’m enjoying it. And DC is great, by the way! DC is beautiful.

Scoop: So we have to talk about Resident Evil 2 and about Claire – what has it been like for you to step into such an iconic role?
SP: It has been such an amazing experience, honestly. Everything from obviously getting to play her – so starting from just even that. That was a big one for me. I think most people would consider it a breakthrough role. She is so fantastic, she really is. She’s an icon. It was so hard for me to wrap my head around, trying to create who she was going to be. Thankfully they gave me a lot of liberties – they were like, “we want you to just do what you do.” I literally, after I had my first day, I wanted to know if they wanted to change anything, if they wanted this or that to be different. And the producer looked at me and was like, “you’re her, so just do what you do. We trust you.” So I was just like, okay! The experience since then has been great! I had been trying to think of all of these female characters and eventually I realized, wait a minute, she’s none of those people, she’s her own person, and I have to make her my own now. But it was a ton of fun.

Scoop: How has the community response been so far? The game itself received critical acclaim, but what kind of response have you experienced with the fan community?
SP: The fans are awesome. I’m not gonna lie – before I could say anything about my involvement at the game, before it dropped at E3, I was that person reading all the comments online and trying to see what people were saying! But they’ve been great. They’ve been so sweet and so supportive and encouraging, and I’m so glad they like my performance! It’s been nice, and it’s been nice for them to say things like how they really like this version of Claire. She’s got some bite and some feistiness to her, and they appreciate the, uh, the foul language. [laughs]

Scoop: As you mentioned, Claire has been your breakout role. Can you describe what it’s been like to just be in the industry right now at this moment in time?
SP: It’s been awesome. I actually started on the production side of games, so I was always kind of sitting in and watching the best of the best and then working on my own end of things on the side. Getting to see where everything is going, because I’ve had these different perspectives, it’s been so nice. And it’s fun getting to see other actors, who were people who I looked up to, who are now like, “Oh my god, you’re doing this!” It’s been surreal. But getting to do this has led to a bunch of other projects that I can’t exactly talk about yet. We’re also seeing a shift into getting more empowered female cahracters, so that’s been great – it’s been probably the best time for me, because I’d describe myself as a strong woman! [laughs] So this is probably the best time for me to break into things here.

Scoop: What about voice acting appealed to you? Was it sort of a natural progression for you to go from game production into voice acting, or was it a more conscious effort?
SP: I always grew up playing games, however I had no inclination of ever doing any of that stuff. I had no idea about how any of that stuff worked. I came on vacation to Los Angeles and just never left, I ended up staying. I had an opportunity to come in through the production side, but with the intention of acting. I never came into production because I was really motivated to help with the production of games – do I want to be a part of games? Of course. But it was really more so I could learn about the industry, and I got to learn from the best people. I soaked it in like a sponge and just went from there, and I got very lucky. Plus I was doing all sorts of acting classes and stand-up comedy and all sorts of stuff on top of that.

Scoop: Do you have anything coming up that you’re allowed to talk about?
SP: Nope! I have multiple things coming up, but everything’s NDA especially within the world of games, so I’m sworn to secrecy.