In the Limelight
Dick Tracy: The First Big Little Book 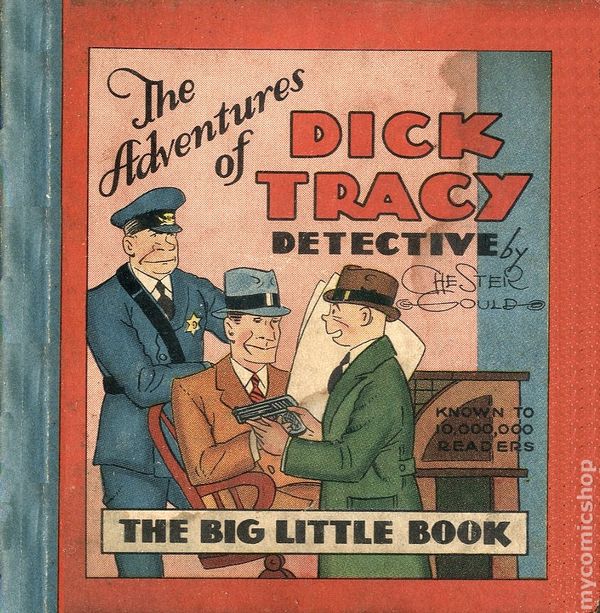 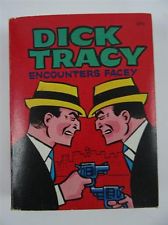 For about five years before the deluge of the modern, more familiar form of comic books began appearing on newsstands, Big Little Books ruled the roost. Averaging 3-5/8” wide and about 4” tall, these miniature hardcovers set the world on fire when they first showed up.

Featuring an attractive cover with an easily recognizable, licensed character on the front, the books were immediate hits. Inside each one they featured art on one side of the page and a storyline on the other.

Their origin lays inside the world of Whitman Publishing in Racine, Wisconsin. Already successful with their line of children’ books, puzzles and game boxes, they found themselves looking to develop a product that could be sold to Depression era customers, specifically children, that would pack a lot of value for a dime. Traditional comic books at the point, which sold for 25¢-50¢, had been priced out of business.

Big Little Books were the answer.

Whitman was able to sell the concept to leery retailers by virtue of their ability to get incredibly popular characters inside the series. Their first license was with Walt Disney. When they climbed on board, Whitman was able to secure stars from newspaper comics, radio and moves.

In newspaper comics few characters were as popular as Dick Tracy, The detective, as created by Chester Gould has first appeared in newspapers in 1931 and within months had become one of the biggest hits in black and white.

Newspaper comic strips were so popular that two of the first five Big Little Books rolled out by Whitman featured characters from their pages. These first five books were a bit larger than the books that would become industry standard. They also held paper spines.

For various publishing reasons the numbering on Big Little Books was not perfectly sequential, the order of appearance is.

Tracy would be such a popular character with readers that when Whitman revived the concept of Big Little Books in 1967, they paid tribute to their first success back in 1932 by publishing Dick Tracy Encounters Facey as the first volume in the new series.

If you would like to learn more about Big Little Books, Gemstone Publishing’s reference title The Big Big Little Book Book: An Overstreet Photo-Journal is the perfect place to start.  It not only holds images of all known Big Little Books, it also devotes a section to classic fold-out children’s books as well.