In the Limelight
Red Ryder, the Western Hero 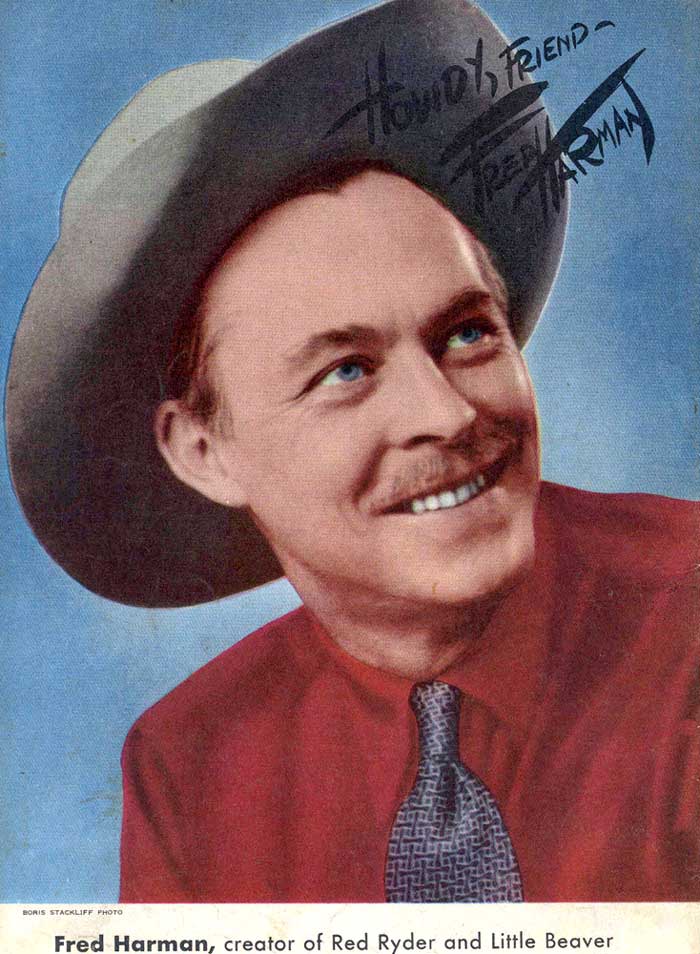 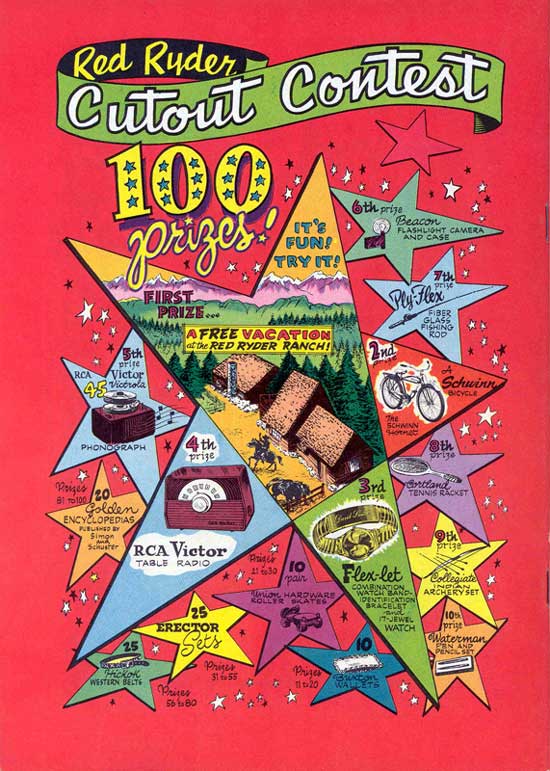 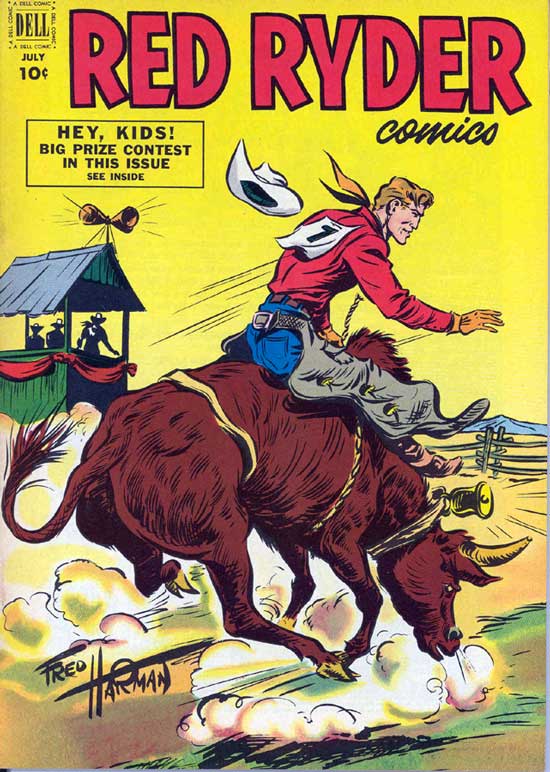 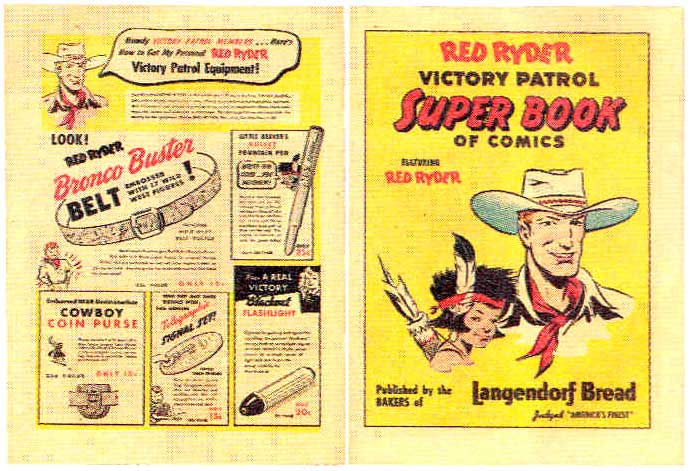 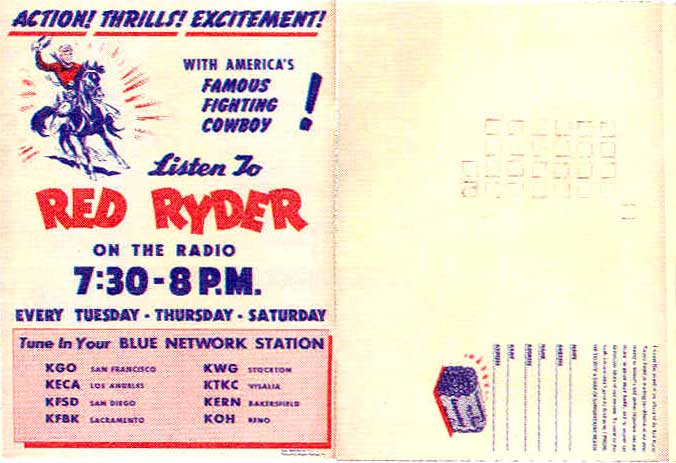 The era from the ‘40s through the ‘60s was peppered with cowboys and their ever-faithful horses fighting crime across the wild west. But did you know that one of the most popular cowboys of that time was a rancher by the name of Red Ryder? Created for the Sunday strips by Fred Harmon in 1938, “America’s famous fighting cowboy” became a daily strip the very next year.

These strips ran all the way until the late 1960s, with plenty of action and excitement being added along the way. In fact, the Red Ryder BB Gun, which first started in 1940, is still being made today!

Red Ryder comic books, toys and premiums became all the rage in those early days – and they only became more popular in 1942 with the advent of the Red Ryder radio series. To the theme song of Bury Me Not on the Lone Prairie, with Reid Hadley as Red Ryder and Tommy Cook as his Navajo ward and sidekick Little Beaver, the program aired on the Mutual network throughout the ‘40s.

The show was primarily heard on the West Coast, with a brief stint on the East Coast - where it was pitted against The Lone Ranger. And interestingly enough, the Red Ryder proved the more popular of the two! Once Langendorf bread assumed sponsorship of the program, however, it all but disappeared from Eastern shores.

Along with his trusty horse Thunder, Little Beaver and his horse Papoose, and another sidekick named Buckskin, Red Ryder’s adventures became the stuff of Western legend. About 600 newspapers featured the strip, with a readership of nearly 14 million. There were movie serials as well, and Red Ryder was used extensively in the promotion of items such as Daisy air rifles.

There was even a special Victory Patrol Club that was created in late 1942. Some of the merchandise that went with the club included a membership card, a glow in the dark membership badge, and a variety of postcards, comic books, decoders, buttons, coins and maps. Designed to promote homeland security and a patriotic spirit, the Victory Patrol Club – which lasted through 1944 – proved to be one of the most successful war clubs for kids.