In the Limelight
Groo The Wanderer 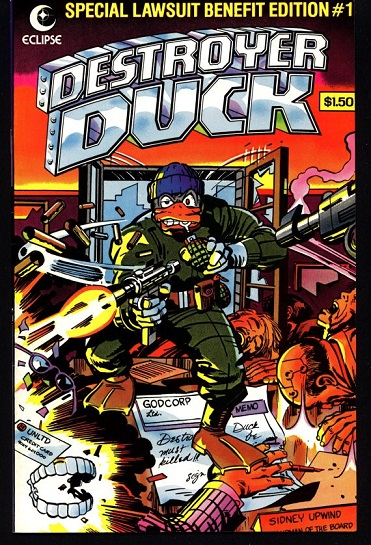 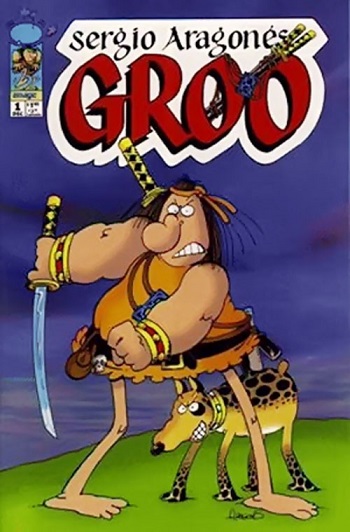 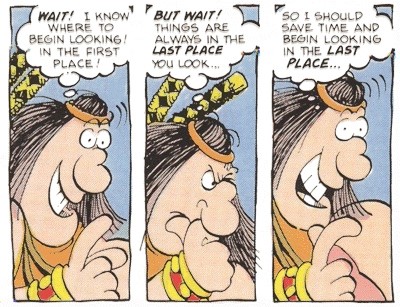 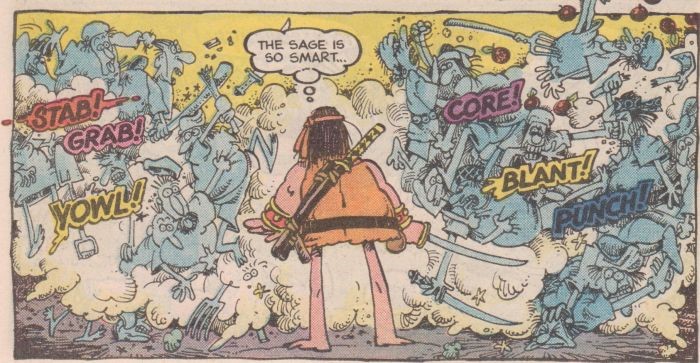 During the 1970s, the trend for brutal sword and sorcery heroes within comics was growing increasingly more popular. But while these series followed a more serious tone, a new parody series offered some much needed comic relief. Do you know what series this was?

Groo the Wanderer, created by Sergio Aragonés, made his debut apperance in Destroyer Duck #1 in 1982. This parody series drew inspiration from the successful series, Conan the Barbarian. But where Conan was a highly respected warrior, Groo was considered a large-nosed buffoon of unsurpassed stupidity. Despite constantly misunderstanding his surroundings, Groo possessed superlative skills in swordsmanship. When he isn’t participating in combat, Groo leads a peaceable and honest life, working a series of odd jobs.

Although he has generally good intentions, Groo is incredibly accident-prone and causes mass destruction wherever he goes. The bulk of his adventures end with him oblivious to the mayhem he caused, or fleeing from an angry mob. Groo’s penchant for destruction is so widely known that even the news of his approaching can cause chaos. On occasion, Groo is met with respect and good fortune. However, more often than not, Groo has unwittingly destroyed businesses, towns, civilizations and cultures.

While he may be incompetent in most things, when it comes to fighting, Groo has slain entire armies. With his katanas in hand, Groo charges into these battles with a cry of “Now Groo does what Groo does best!” For the most part, Groo is indiscriminate during battle, usually leaping in before attempting to ascertain the reasons for the fight. Even if Groo does join one particular side, he is prone to forget which one he has chosen. Groo has defeated characters like Captain Ahax, Arba, Dakarba, Arcadio, Chakaal, Granny Groo, Grativo the Wizard, Grooella, The Minstrel, Pal, and Drumm.

In 1996, Aragones received the National Cartoonist Society Reuben Award for his work on Groo. Groo: Hell on Earth was also nominated for the Eisner Award for Best Limited Series in 2009. IGN ranked Groo as the 100th greatest comic book hero of all time stating that “...while he may not be the brightest bulb on the battlefield, Groo is an earnest and kind-hearted adventurer whose travels are never short on laughs and adventure.”