In the Limelight
They Call Him Doom! 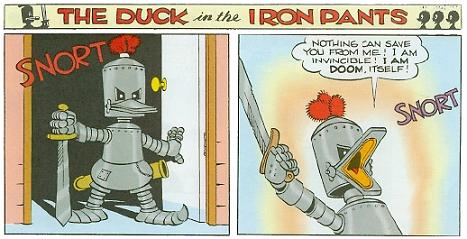 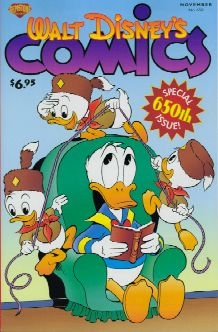 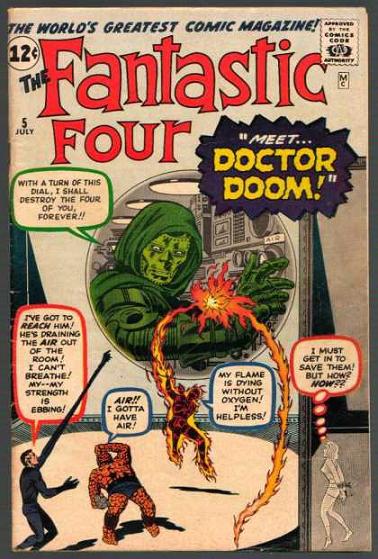 Quick, name the armor clad arch-nemesis of a band of stalwarts who refers to himself as “Doom.” If you said Dr. Doom, Stan Lee and Jack Kirby’s legendary villain who debuted in Fantastic Four #5 (July 1962), you’d be right. But you’d also be correct if you said Donald Duck!

In September of 1943, 19 years before Fantastic Four #5, prolific Duck artist Carl Barks wrote and drew a story titled “The Duck in the Iron Pants.” In it, Donald dons a very Dr.Doom-like suit of armor in order to wage battle against Huey, Dewey, and Louie, our “stalwarts”. And just as the Fantastic Four were assailed by Dr. Doom while inside their headquarters at the BaxterBuilding, our “Intrepid Three” defended their snow fort against Donald. The similarities peak when Donald utters the words: “…I am invincible! I am Doom itself!” Sounds an awful lot like our “good” Doctor.

So, did Stan and Jack “borrow” the idea of Dr. Doom from Carl Barks? Was “The Duck in the Iron Pants” their inspiration? Almost certainly not. But it is interesting to find the coincidences that crop up in writing from time to time, even between such disparate characters as The Fantastic Four and Donald Duck, isn’t it?