On the Stump Runs a Bloody Presidential Campaign 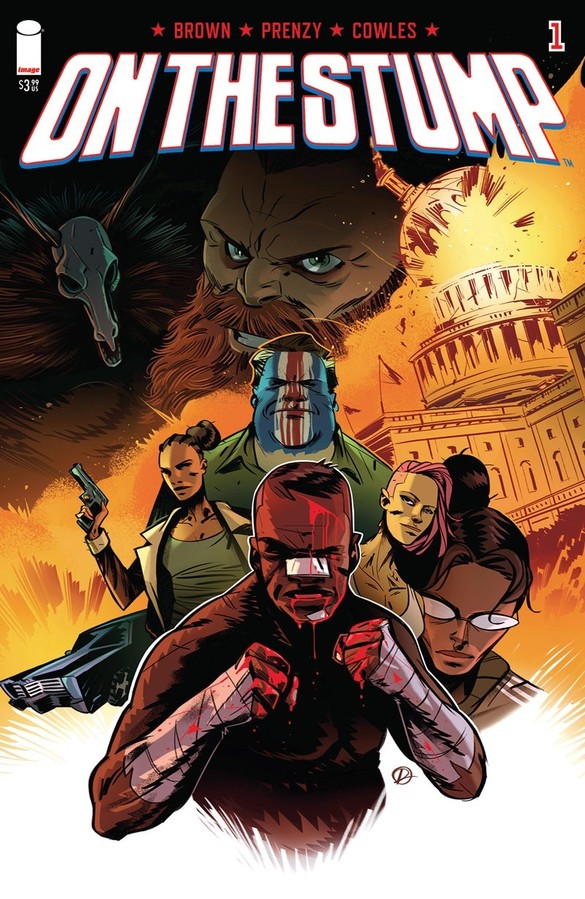 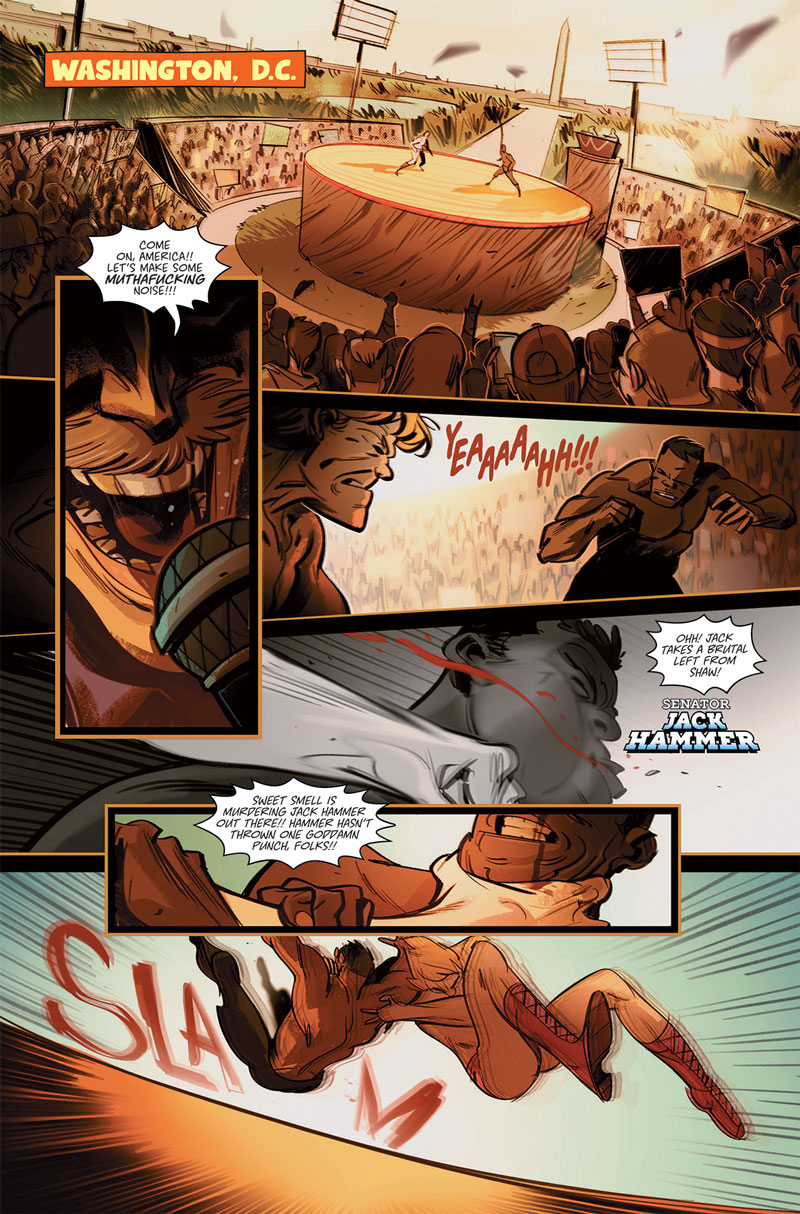 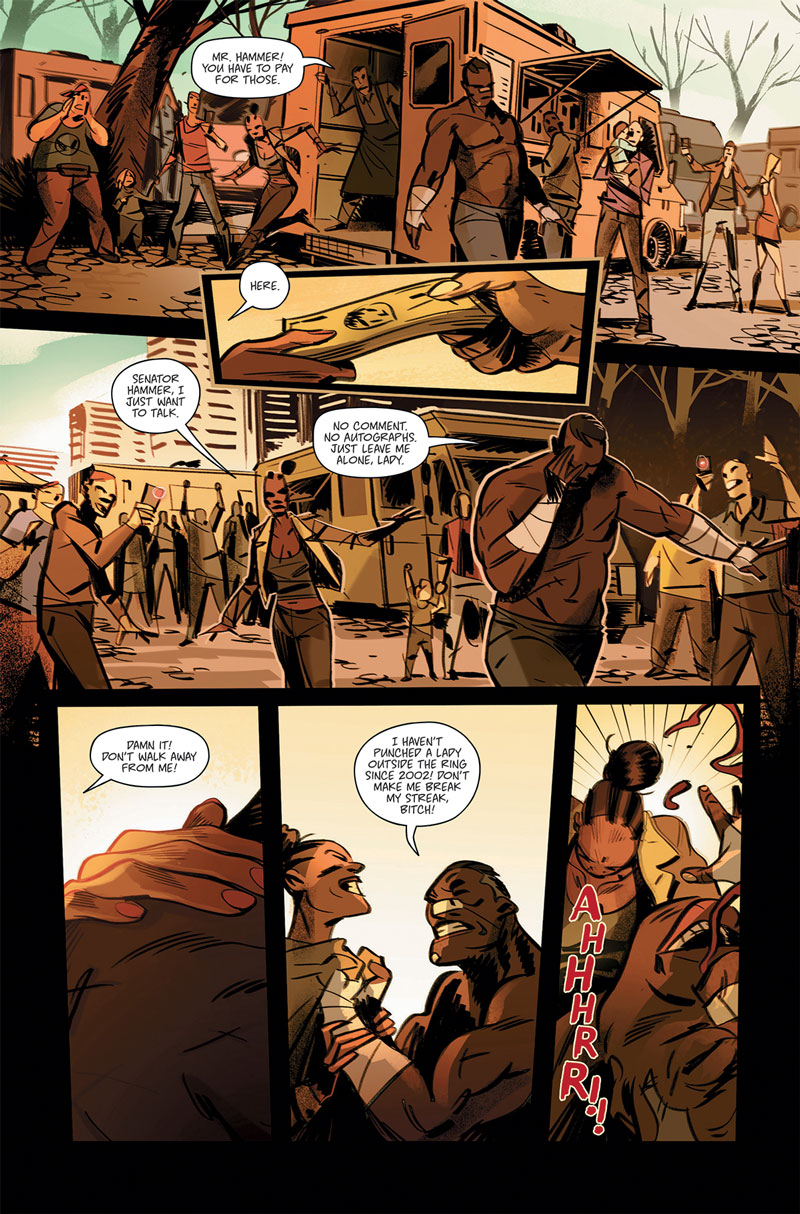 Eisner-nominated writer Chuck Brown (Bitter Root) joins forces with Italian artist Prenzy (#Like4Like) and letterer Clayton Cowles (The Wicked + The Divine) to create a hyper-violent, hyper-stylized ongoing series On the Stump coming to Image Comics this February. Each issue of the first story arc will feature a connecting variant cover by Sanford Greene.

“This the rawest story I’ve ever written,” said Brown. “It literally doesn’t hold any punches. Having Prenzy and Clayton bring it to life has been a dream come true.”

In the On the Stump universe, history diverged in 1868 when a pivotal presidential debate turned violent. Today, elections are decided by highly publicized hand to hand combat in arenas called Stumps. Unfortunately, the violence doesn’t end in the ring, and powerful people can still get away with murder. Senator Jack Hammer and FBI Agent Anna Bell Lister are teaming up to bring it all down. This February 2020 the campaign trail is paved with blood and broken bones.

“This series has everything I love drawing and the fact that I could also colour it helped me make it even more peculiar. Brown created a great story and Cowles was able to give the pages their rightful value. I can say this work will impress the readers...like a punch on the face!” said Prenzy.

On the Stump #1 cover A by Prenzy and cover B by Greene will be available at comic book shops on Wednesday, February 19. On the Stump #1 will also be available for purchase across many digital platforms, including the official Image Comics iOS app, Amazon Kindle, Apple Books, comiXology, and Google Play.