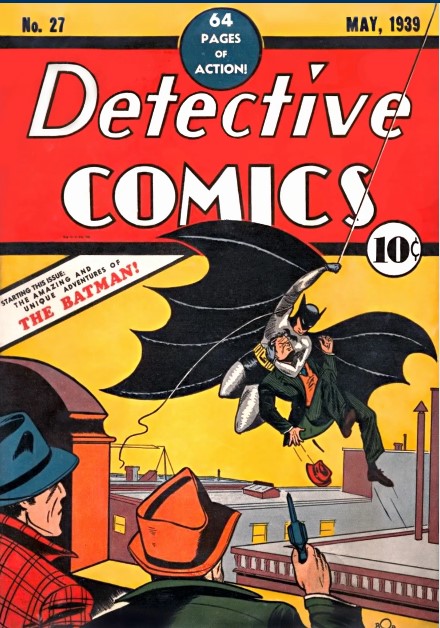 Known for: The introduction of the Dark Knight, the Caped Crusader, the World’s Greatest Detective – Batman! Making his first appearance in “The Case of the Chemical Syndicate,” Bruce Wayne/Batman would eventually go on to become the star of Detective Comics, to the point where the book’s title often simply read “Detective Comics featuring Batman.” The story in #27 was written by Bill Finger, with art by Bob Kane, and it also featured the first appearance of Commissioner Gordon.

Did You Know? Detective Comics #27 didn’t provide Batman’s origin story – that wouldn’t be told until #33, in November 1939. The book also featured a number of other short stories focusing on Speed Saunders, Buck Marshall, Bart Regan, and Bruce Nelson, all of whom made their debut in Detective Comics #1 but never were synonymous with the title quite like Batman would be.