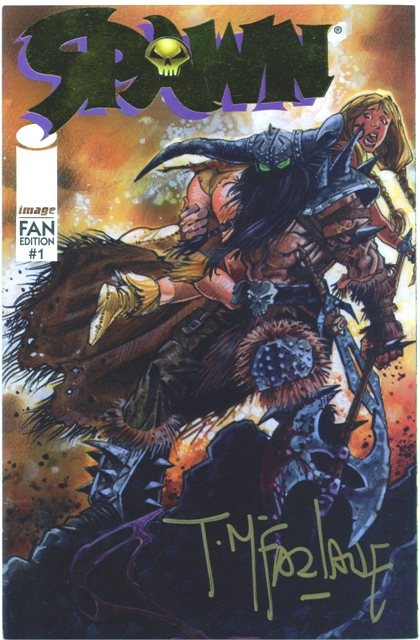 The standard version of this comic was published by Todd McFarlane Productions and Image Comics and polybagged with issues of August 1996 Overstreet’s FAN, but this gold logo version was produced as a limited edition retailer incentive. Written by Wynonna Earp creator Beau Smith and illustrated by Brad Gorby (Parts Unknown), it (and the other two issues in this three-issue miniseries) features the first appearance of Viking Spawn. It’s offered for $35 on our site (plus tax, shipping and handling). Limited quantities.