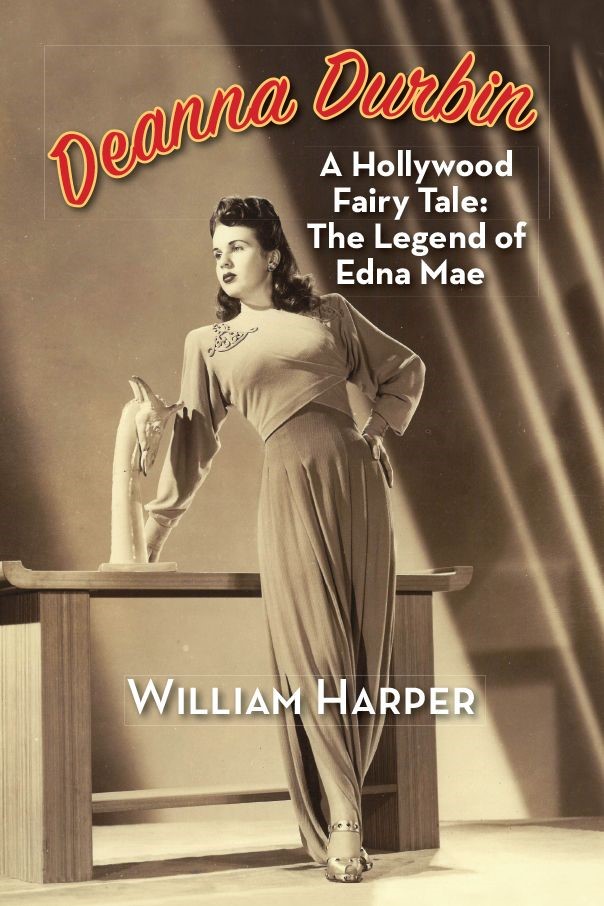 The golden age of Hollywood is home to many classy actors who delivered rich performances that continue to entertain today. Among them was actress Deanna Durbin, whose life and filmography will be presented in the upcoming book, Deanna Durbin A Hollywood Fairy Tale: The Legend of Edna Mae.

At 14 years old in 1936, Durbin became a box office hit in Three Smart Girls and continued to gain popularity to become the highest paid actress of the time. But Durbin left fame in 1949 to focus on raising her children and after Up in Central Park and For the Love of Mary, she did not appear in another film. Despite her departure from the screen, Durbin was not forgotten by fans or film afficionados and when she died in 2013 as media outlets around the world lauded her impact on movies.

Deanna Durbin A Hollywood Fairy Tale: The Legend of Edna Mae was written by William Harper and will be published by BearManor Press. Having learned about Durbin through a pre-movie Universal Studios video advertisement, Harper was inspired to find out more about the actress and to write this the book.

This marks Harper’s second book for the publisher, following Straight Arrow, a study on the late 1940s and early 1950s Nabisco promotions. He has actively worked on other research projects, had publicly displayed items from his collections, and wrote two chapters for Radio Rides the Range.

Both hardcover and softcover copies of the book are available for preorder at bearmanormedia.com.