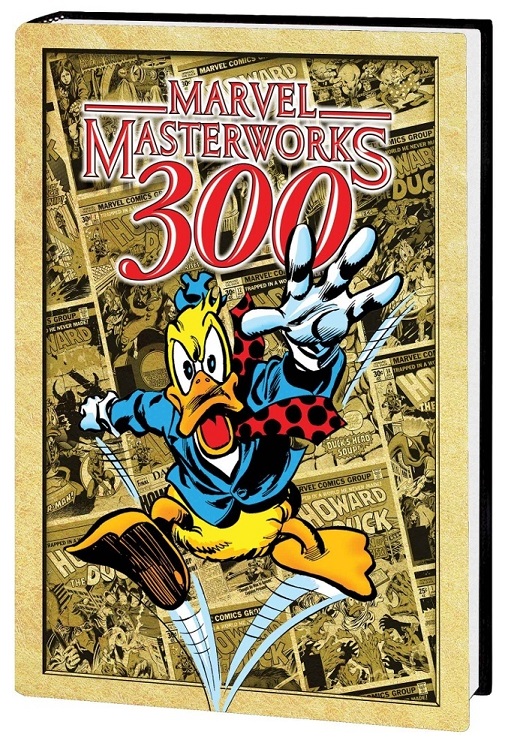 Howard the Duck has been chosen as the 300th comic to get the Marvel Masterworks treatment. Created by Steve Gerber and Val Mayerik, Howard was a supporting character in Adventure Fear #19 and then appeared in backup stories in Giant-Size Man-Thing, then got his own series in 1976.

The Marvel Masterworks edition will be a 376-page hardcover with the works by Gerber and Mayerik, as well as Gene Colan, John Buscema, and Sal Buscema. The book features a cover by Brunner.

Marvel will also publish a variant edition and a 300th Masterworks exclusive edition.