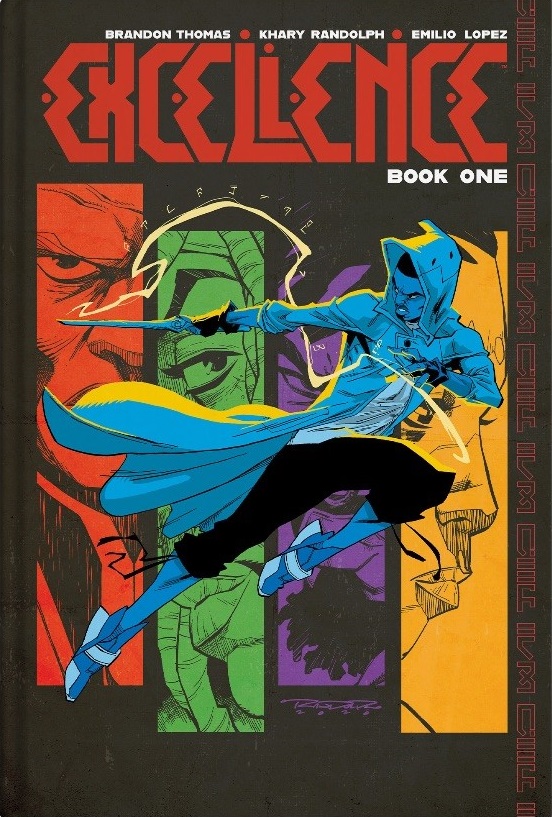 Excellence, the Skybound/Image action and fantasy series, is heading to Kickstarter for a deluxe hardcover. Excellence: Book One by Khary Randolph, Brandon Thomas, Emilio Lopez, and Deron Bennett introduces a secret society of black magicians who protect the world, though they cannot use the power to protect their own people.

It centers around Spencer Dales, a young man born into the world of magic to a father who is a high ranking member of a secret magical organization. That group uses their abilities to improve the lives of others, those deemed to have higher potential, without helping themselves out. Spencer is supposed to follow the same path, but he believes that the system is unfair and needs someone willing to change it – even if he must do it alone.

The Kickstarter campaign page describes it as “a powerful narrative entirely by a team of creators of color about generational trauma, the audacity of hope, and fighting for a better future, no matter the cost.” The 296-page deluxe hardcover is filled with the first nine issues of the series with additional never before seen content.

This is the first release from Skybound Signature, a line of graphic novels that will debut on Kickstarter. Pledge levels start at $1 for access to the pledge manager and updates, then $50 for the deluxe hardcover, and several other levels, up to $1,000 to be drawn in a panel of the comic and other perks. The goal is $40,000 and the campaign is open until March 24, 2021.