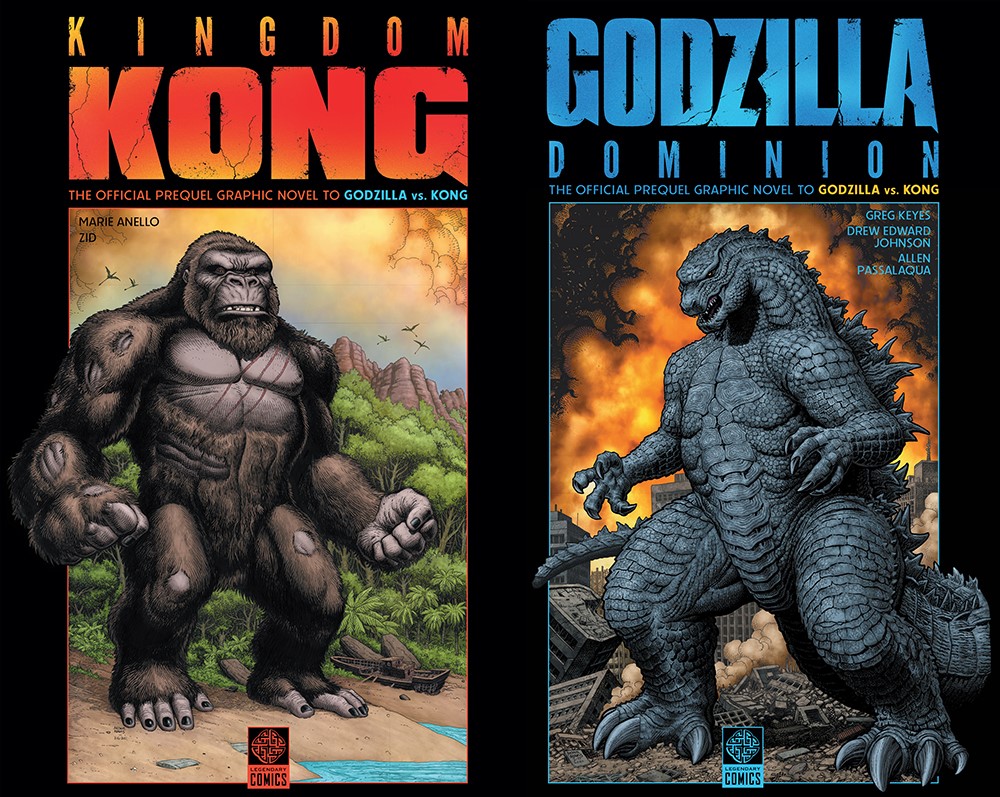 The great Godzilla and mighty Kong are engaging in new adventures through two new prequel graphic novels at Legendary Comics. Kingdom Kong and Godzilla Dominion are now in stores featuring tales that lead up to their showdown in the Warner Bros. and Legendary film, Godzilla vs. Kong.

Kingdom Kong is a sequel to the Skull Island: Birth of Kong graphic novel that sees a military group traveling to Skull Island on a mission to explore hollow earth. One of the pilots, Audrey, is still haunted by her previous experience with one of the titans who must face her fears while Kong battles another titan that is threatening his home. Kingdom Kong was written by Marie Anello (Shout Out) with art by ZID (Skull Island: Birth of Kong).

Godzilla Dominion is set after Godzilla: King of the Monsters when the titans have risen, and Godzilla is their alpha. Told from Godzilla’s point of view, it follows his habitats, encounters with the titans, and other challenges. It was written by Greg Keyes (Age of Unreason trilogy) with art by Drew Edward Johnson (Wonder Woman).