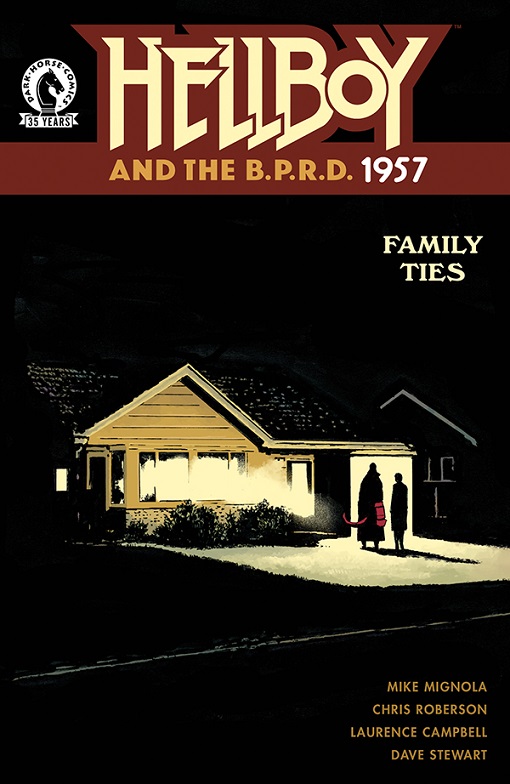 “Before they can track down an errant copy of Gustav Strobl’s Witchcraft and Demonology, Hellboy and B.P.R.D. agent Susan Xiang are sidetracked by a beset housewife’s pleas for help in Hellboy and the B.P.R.D.: 1957 – Family Ties. Unraveling the mystery of an unwanted house guest may lead the occult investigators right to where they wanted to be, but also right into demonic danger,” Dark Horse’s synopsis reads.

Each of the interconnected one-shots will feature a different artist with a Campbell cover. In addition to Campbell’s art in Family Ties, the Forgotten Lives one-shot will have art by Stephen Green, Fearful Symmetry with art by Alison Sampson, Falling Sky with art by Shawn Martinbrough, and From Below with art by Mike Norton.

“We’ve done some big, sprawling stories in the pages of Hellboy and the B.P.R.D. over the years, so this time we wanted to slow things down a little and spend some quality time with a few of our favorite characters,” Roberson said. “In each of these one-shots, Hellboy partners up with a different agent from the B.P.R.D. to investigate paranormal strangeness, and things are never quite what they initially appear to be.”