Review: Call Me A Cab 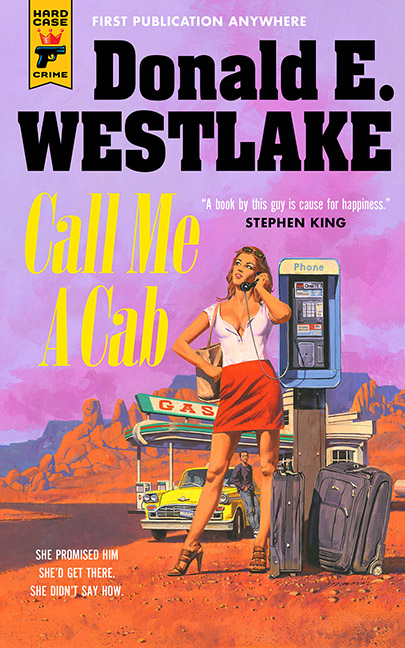 At first blush, calling this book “crime fiction” certainly seems like a stretch. True, it’s perhaps the last unpublished novel from a genuine Grand Master of the craft, Donald Westlake. And if Westlake did nothing else in life (which is not the case), he created the Parker books under the pseudonym Richard Stark, earning him a special place in the uppermost pantheon of crime writers.

But Call Me A Cab is a different creature.

It’s pretty close to a romantic comedy. In fact, it probably is a romantic comedy, which is about as far from Parker as one can get. Maybe that’s why this novel, written in 1977, never saw the light of day until now.

Knowing Westlake’s other works, it’s pretty easy to imagine that publishers back in the day didn’t know how to sell this creation to the author’s established audience. But their loss is our gain.

“Fans of mystery fiction have often pondered whether it would be possible to write a suspense novel without any crime at all, and in Call Me A Cab the masterful Donald E. Westlake answered the question in his inimitable style,” Hard Case says in the solicitation text, and truthfully, it’s no hype.

Westlake delivers his typical, engaging, page-turner story and dialogue and does so in a way that almost makes you forget that there’s no crime. He builds the suspense anyway, and the results are wonderful.

We can definitely forgive the lack of crime in this offering and can thank Hard Case Crime for publishing it anyway. It would have been a crime not to do so. This book is due out February 1, 2022 would make a great Valentine’s Day gift.