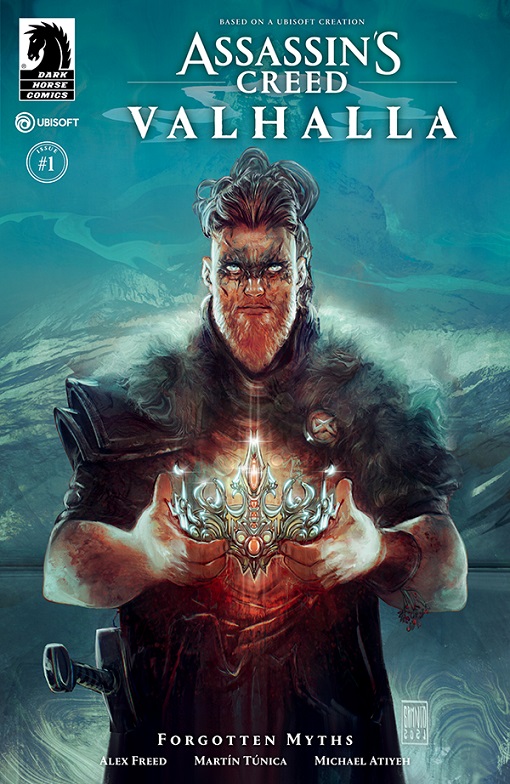 “Thor, Baldr, and Heimdall have discovered trouble lurking at Asgard’s borders once again,” Dark Horse’s description reads. “A mighty fire giant from Muspelheim is threatening the land of the Æsir. In the aftermath of the raging battle, Baldr discovers that the Muspels are now massing at the gates of Svartalfheim and begins a journey to bring peace to the realms.”

Assassin’s Creed Valhalla: Forgotten Myths features covers by Rafael Sarmento (Stranger Things: Tomb of Ybwen). It will be in comic shops on March 16, 2022.