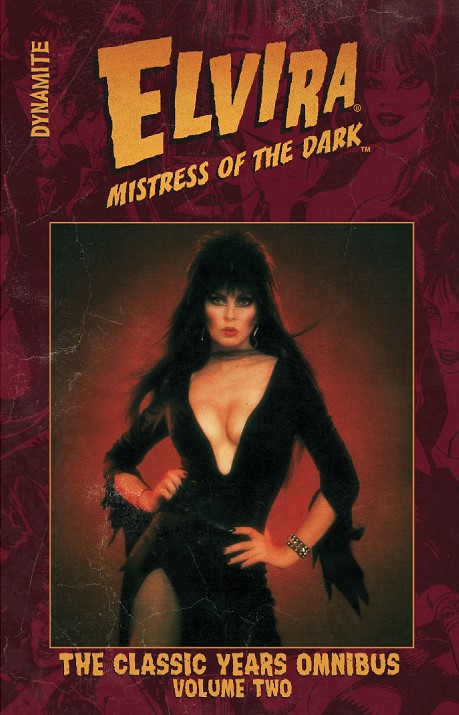 Dynamite Entertainment is taking Elvira fans on a trip through her classic comics with a second collected volume. Elvira Mistress of the Dark: The Classic Years Omnibus Volume 2, featuring the tales originally published by Claypool Comics, is seeking backers on Indiegogo.

In the collection’s 25 issues, Elvira tangles with classic monsters like vampires, werewolves, and mummies, but also gorillas, politicians, and telemarketers. The 600-page book is available in softcover, deluxe hardcover, and an ultimate darkness edition signed by Elvira herself, actress Cassandra Peterson.

The first volume is available as one of the add-ons in the campaign. Other perks include digital copies, photo covers, metal variants, CGC-graded exclusives, and more, plus stretch goals will become available as the campaign progresses.