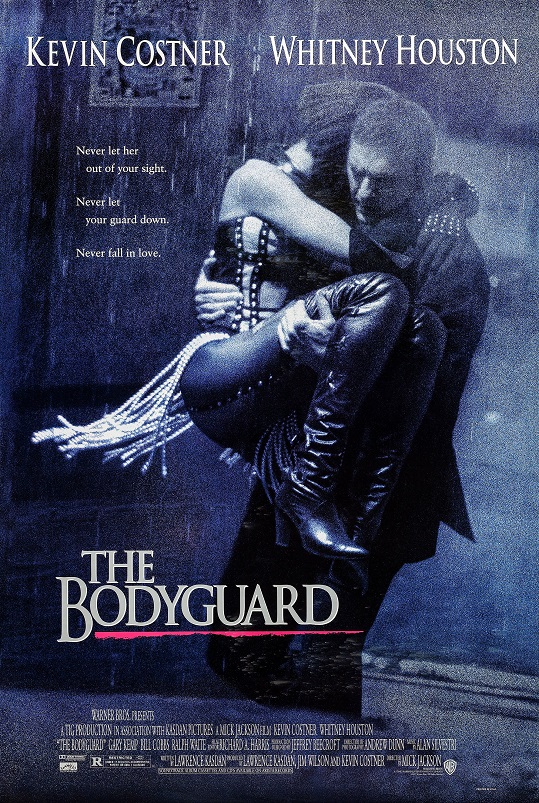 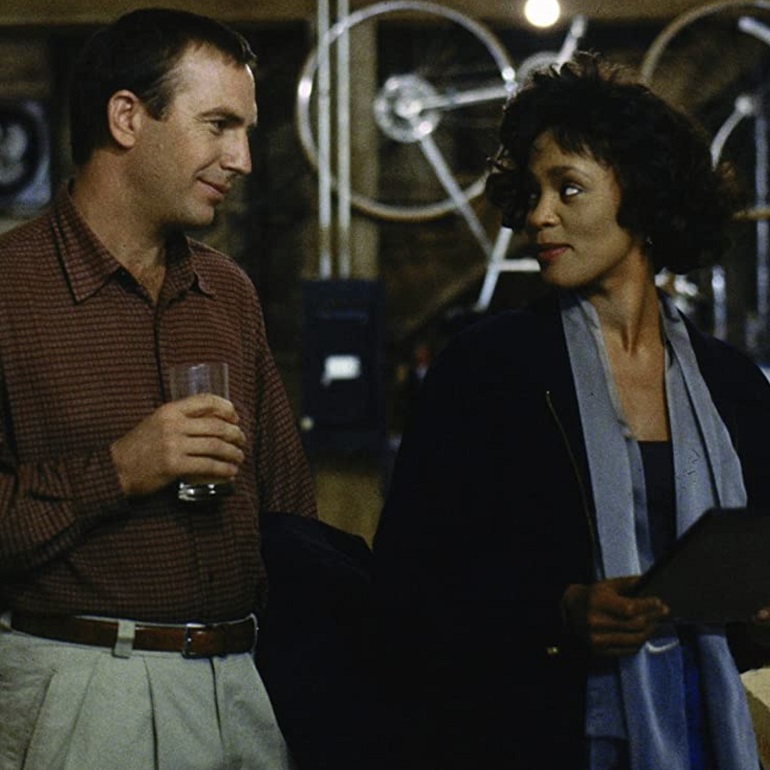 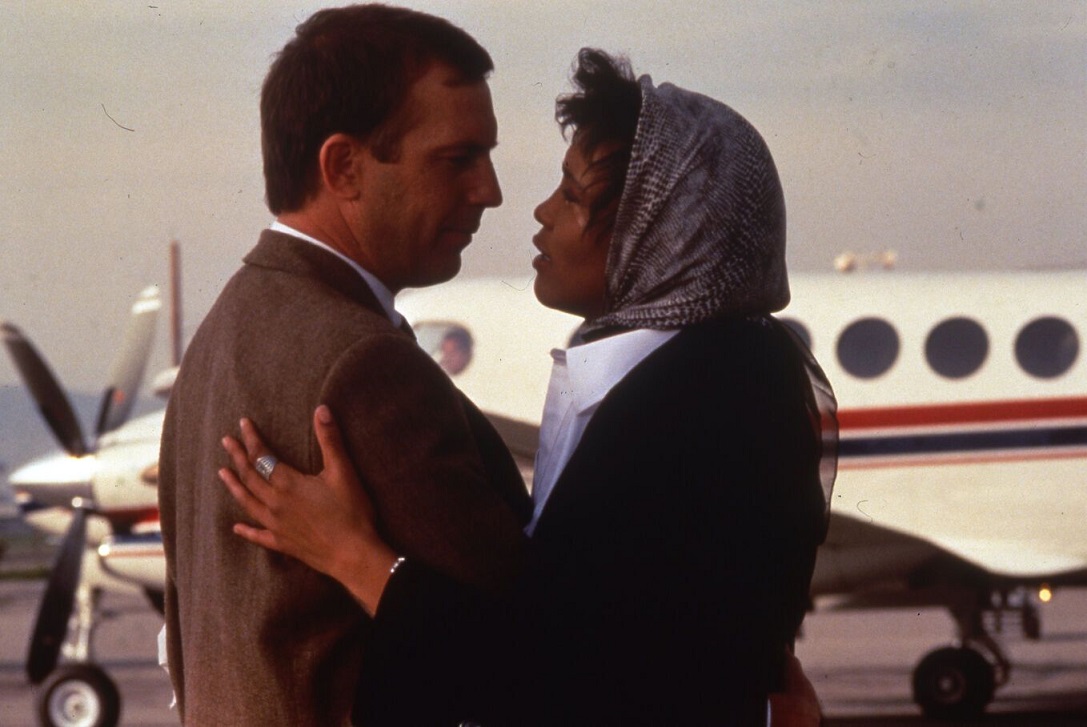 The Bodyguard, a genre-mixing romance/drama/thriller, was released 30 years ago on November 25, 1992. Directed by Mick Jackson, who had just seen success with L.A. Story, the movie starred Whitney Houston in her first major role, opposite Kevin Costner, a seasoned dramatic actor.

Houston starred as Rachel Marron, a global superstar singer and Oscar-nominated actress, who started receiving death threats from a stalker. When she narrowly avoids an assassination attempt, her manager contacts Frank Farmer (Costner) a professional bodyguard and former Secret Service agent. His no-nonsense, serious approach to the job and stoic personality causes friction with Rachel who doesn’t want his interference in her life. Despite being opposites, Rachel and Frank are drawn to each other and become romantically involved.

The situation becomes even more direr, when two attempts are made on Rachel’s life, ending with her son almost being killed and her sister – who had hired a hitman to kill Rachel out of jealousy – being murdered instead. Everything comes to a dramatic conclusion at the Oscars when the assassin tries to shoot Rachel during her Best Actress acceptance speech, but instead hits Frank who had dove in front of her. Once Frank recovered, he says goodbye to Rachel in a dramatic airport scene, because they know it won’t work out. The movie ends with the pair sharing a passionate kiss while the soundtrack plays Houston’s version of “I Will Always Love You.”

The Bodyguard was one of the highest grossing films of ’92, earning $410.9 million at the global box office. It was also nominated for two Oscars for the original songs “I Have Nothing” and “Run to You.”

The movie also saw success on the music charts with The Bodyguard soundtrack becoming the bestselling soundtrack of all time. Houston had five hit singles, including the above songs, “I’m Every Woman,” “Queen of the Night,” and the barnburner, “I Will Always Love You.” The latter song, a cover of an earlier Dolly Parton country hit, received significant airplay across pop and R&B music stations, spending 14 weeks at the No. 1 spot on the Billboard charts.