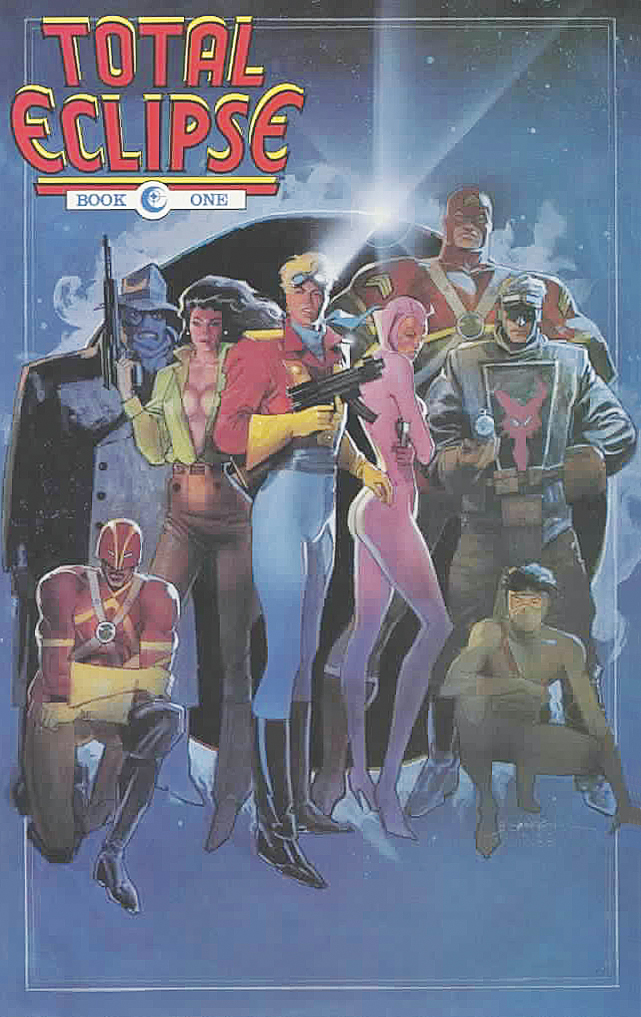 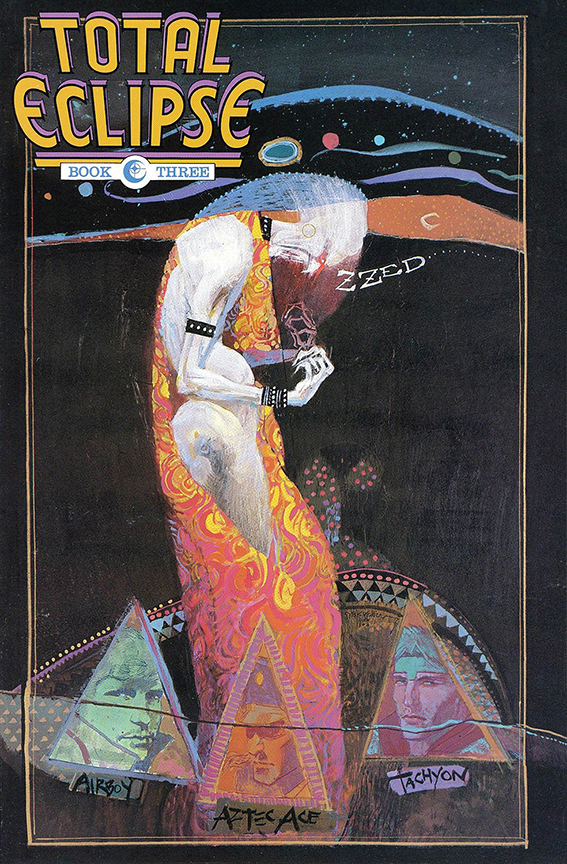 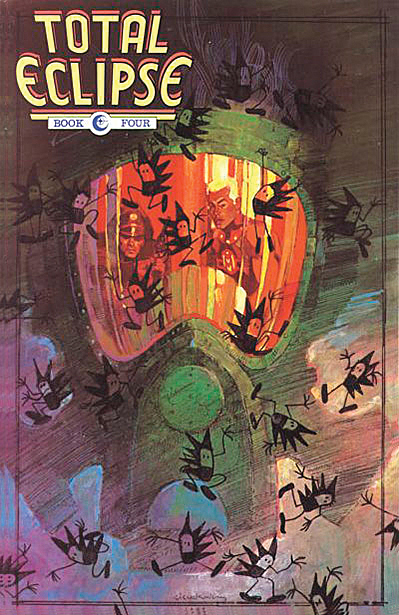 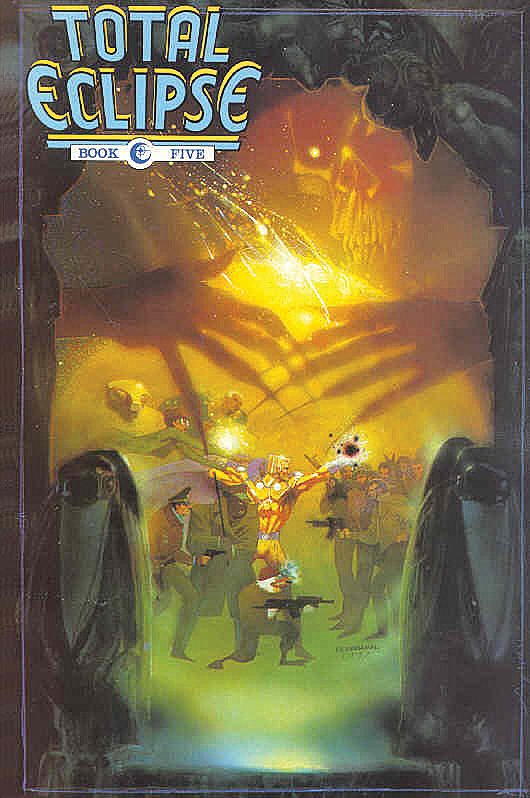 With the publication of the Don McGregor’s creator-owned, Paul Gulacy-illustrated graphic novel, Sabre: Slow Fade of an Endangered Species, Eclipse Enterprises was founded by brothers Jan and Dean Mullaney in 1977. It was the first to be sold to the “direct market,” or specifically comic book specialty shops.

The company, which was eventually known as Eclipse Comics, was a home to creator-ownership and a number of high-profile projects, including Sabre (a continuing series after the graphic novel), Aztec Ace, Miracleman, DNAgents, Crossfire, Scout, Airboy, Ms. Tree, Winterworld, and Zot, among others. With titles such Area 88, and Mai, the Psychic Girl, Eclipse was also a pioneer in English-translated Japanese manga.

The line-up was entertaining, sometimes challenging, and always diverse. What it wasn’t, though, was a universe. Naturally, in 1988 the company launched an event that would bring their disparate slate together in one project. Wait, what?

With covers by Bill Sienkiewicz, Total Eclipse was a five-issue, Prestige format mini-series designed to celebrate Eclipse’s first decade. Marv Wolfman, who had just completed DC’s Crisis On Infinite Earths, made the main story of Total Eclipse his next comic book “event.”

Kicking things off, Total Eclipse #1 (“Zzed”) featured the origin of the Airboy villain Zzed as he goes up against Sgt. Strike, Airboy, as well as the New Wave and Misery in the lead story with pencils by Bo Hampton, inks by Will Blyberg. There’s also the “The Prowler,” written by Tim Truman with pencils by Brent Anderson and inks by Mike Dringenberg.

In Total Eclipse #2 (“Nightmares”), the Prowler, Miracleman, Liberty Project, Heap, and Aztec Ace join the action with pencils by Bo Hampton and Mark Johnson (assist) and inks by Will Blyberg, Rick Bryant, Tom Yeates, Sam de la Rosa, and Romeo Tanghal. The back-up story in the second issue featured Aztex Ace in “Anacromesh in the Meld” with script by Doug Moench, pencils by Tim Sale, and inks by Mark Pacella.

Each of the issues in the series included a text feature by Eclipse publisher Dean Mullaney reflecting on the company’s 10-year (to that point) journey. There was also a tie-in comic, Total Eclipse: The Seraphim Object #1, which took place between the events of Total Eclipse #2 and #3. It was written by Kurt Busiek and illustrated by James Fry.

Want to know more about many other lost universes? Check out The Overstreet Comic Book Price Guide To Lost Universes #1, now on sale.